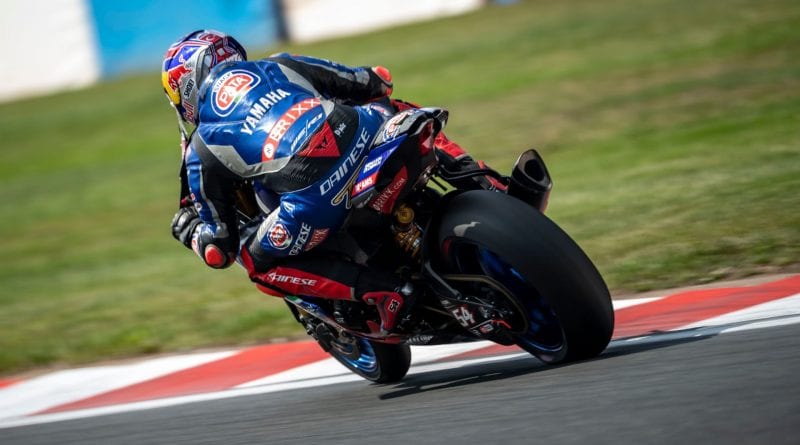 Toprak Razgatlıoğlu takes victory at Donington Park despite running out of fuel.

The WorldSBK boys raced a chaotic race today with the field running slick tyres on a still fairly wet track.

Fresh off the back of inking a two year deal with Yamaha, Toprak Razgatlıoğlu marched his way to victory at Donington Park coming from P13 on the grid riding incredibly aggressively on the opening corners to arrive at turn one in P5 before picking off the riders ahead of him starting with Alex Lowes then the two BMW’s of Tom Sykes and Michael van der Mark. He knew he needed to score as many points as possible to remain with Jonathan Rea in the championship battle and he did exactly that. Rea’s bike was skitting and skirting around the wet track with his slick tyres, comparable to riding on ice with the lack of grip forcing Rea into a near high side before riding through wet grass using his Motocross experience to keep it upright.

It was a stunning ride for many riders with Rea of course riding with perfection banking 20 points overall, however Toprak Razgatlıoğlu once again showed his class on the Yamaha riding his bike like it was a 600cc, backing it into corners, lifting the rear end under heavy braking and generally just riding like a professional hooligan, Toprak style as always. He is incredible to watch and has absolutely no fear as he fired his way past his rivals including Rea before disappearing off into the distance.

He had his fair share of moments of course but this is Toprak, he has a moment nearly every corner yet still wins races, he arrived in P1 by the end of lap two and never relinquished his race position closing the title lead down to just 15 points despite very nearly losing the win after running out of fuel on the last lap.

Alex Lowes stood on the podium in third place aiding Kawasaki to improve in the constructor’s standings, his third-place finish allows him to tie with Scott Redding for third place in the championship standings, it’s a game of three’s for Lowes today as he also took a podium on his third different manufacturer in the WorldSBK class, namely Suzuki, Yamaha and now Kawasaki.

Rounding off the top 5 were the BMW boys of Tom Sykes then Michael van der Mark in fifth place, a decent finish for the duo after starting from the front row, they will be gutted to miss out on the podium but the battle for fifth place was ferocious with Lowes, Sykes, Van der Mark, Gerloff and Haslam all going toe to toe for the podium bubbly.

Garrett Gerloff had a very solid race barring his massive mistake, the Texan fought his way through the field to arrive in third place before a crash at the last corner took him out of the race. Somehow he was able to remount and finish in an impressive P7 as the fastest independent rider getting himself a place in Parc Ferme. He wasn’t able to step up on the podium but continues to show his class.

For some it was an absolute disaster with Scott Redding struggling the most, once again he comes away empty-handed after a crash on the wet track early on in the race, this crash was completely unavoidable on the slippy surface and he was flung onto the grass. The title lead of Rea now opens up to a huge 65 points and will be very hard to recover, but with 29 races left, never say never. 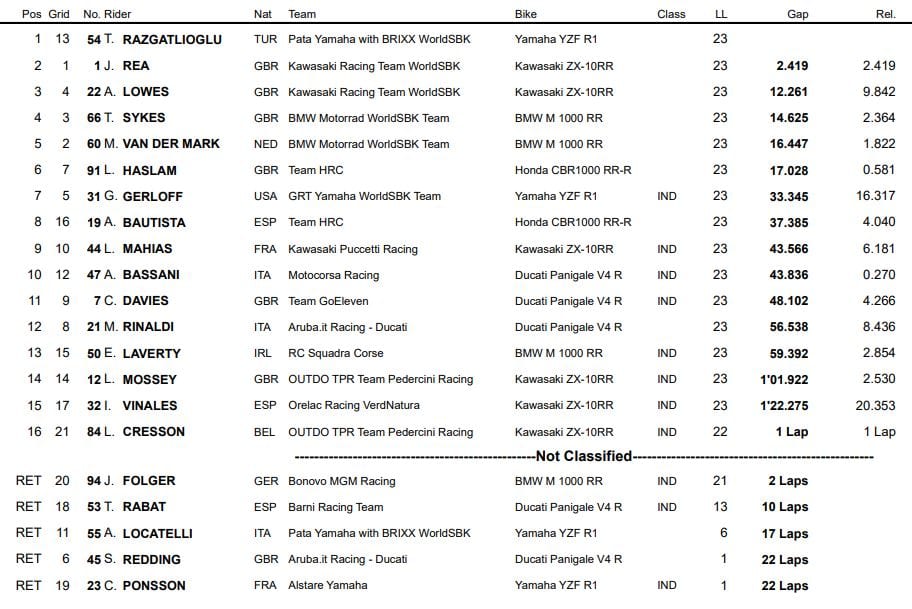 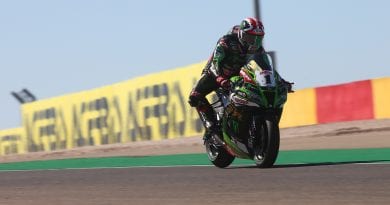 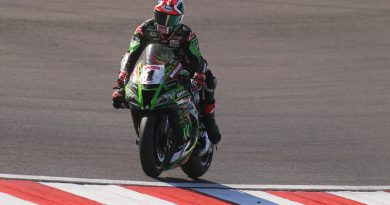 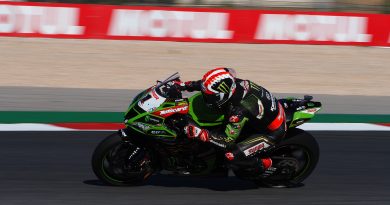