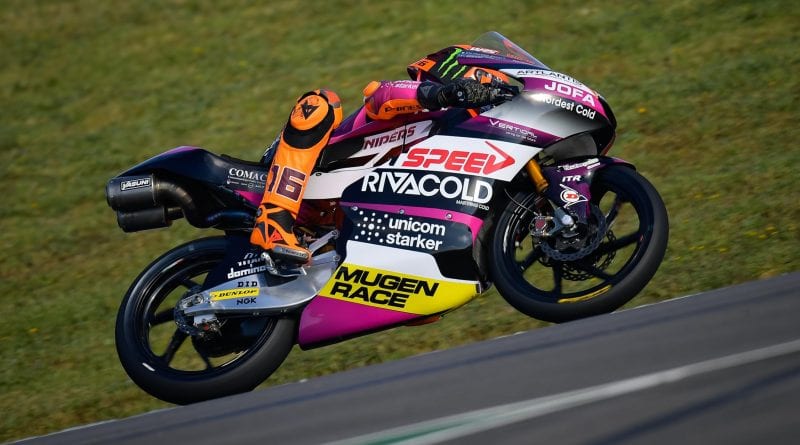 Andrea Migno tops the FP3 and combined sessions in Portimao.

Andrea Migno was the fastest rider overall in the Moto3 class as the lightweight class move into qualifying later on, every single rider improved their time meaning that the FP3 and combined results were identical with some big names at the top going straight into the Q2 session later on this afternoon whilst 14 riders will be forced to go via Q1 to fight to be one of four riders to move up into the Q2 session.

Andrea Migno and Gabriel Rodrigo have been consistently strong all weekend long with both leading their way during many sessions so to see them in a 1-2 overall isn’t too much of a surprise, the two Moto3 veterans are split by just 0.052 ahead of the Red Bull KTM Ajo duo of Jaume Masia and Pedro Acosta. Acosta comes into this weekend as the Moto3 championship leader following a very impressive start to his Grand Prix racing career with a P2 then a race win in the Doha GP from the pit lane.

Darryn Binder placed himself in P5 ahead of Jeremy Alcoba in P6 who will start tomorrows race from pit lane with an additional 5-second penalty due to his fight with John McPhee on the outskirts of Turn 1, this means that his race will be over before it has even started unless he can pull a miracle out of the bag. Italian duo Dennis Foggia and Niccolo Antonelli were just behind in P7 and P8 with Antonelli crashing late on into the session along with Tatsuki Suzuki in P9 who chucked it down the road.

Sergio Garcia rounded off the top 10 ahead of Artigas, Oncu, Mcphee and Salac who all got into the Q2 session.

Riders who will need to go via Q1 include Fenati, Toba, Guevara, Dupasquier and Rossi. 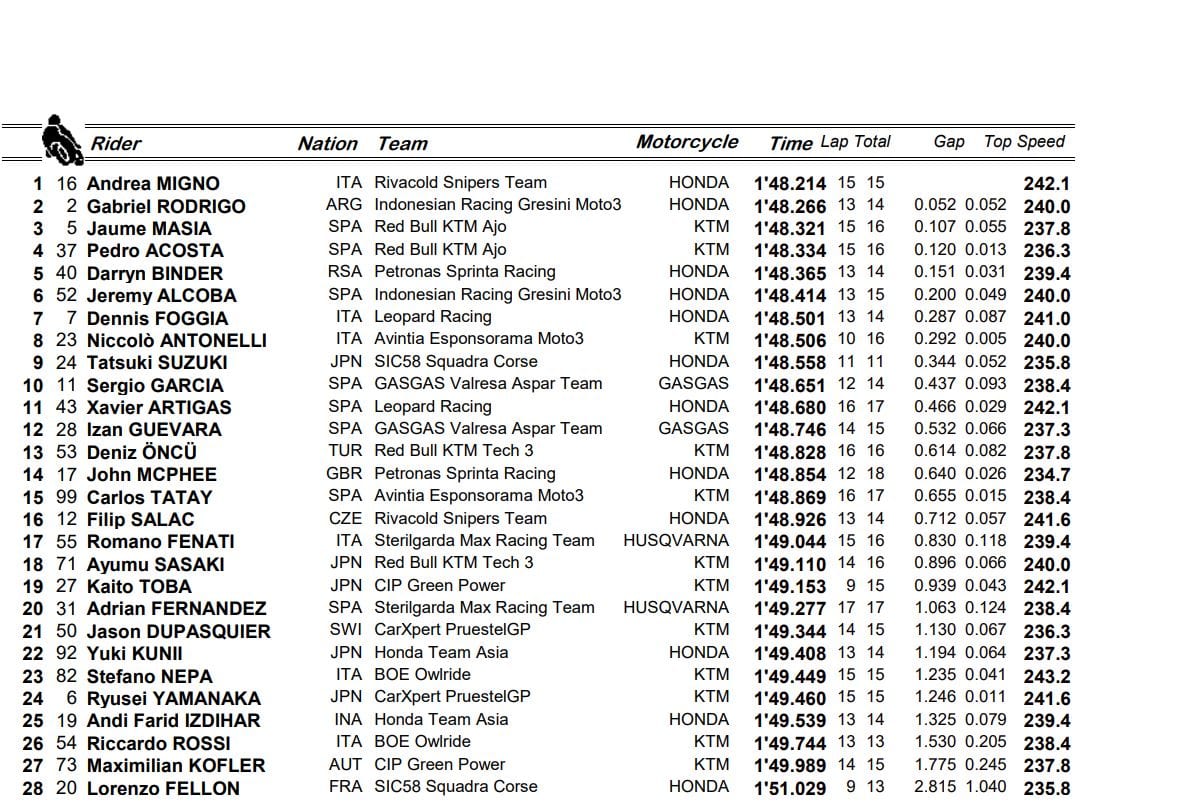 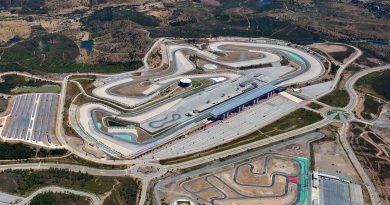 MotoGP: VIDEO – Valentino Rossi prepares for Misano with 2 and 4 wheels 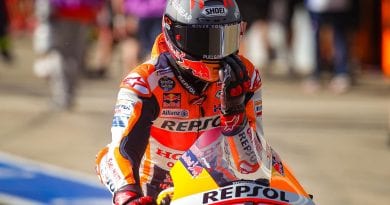