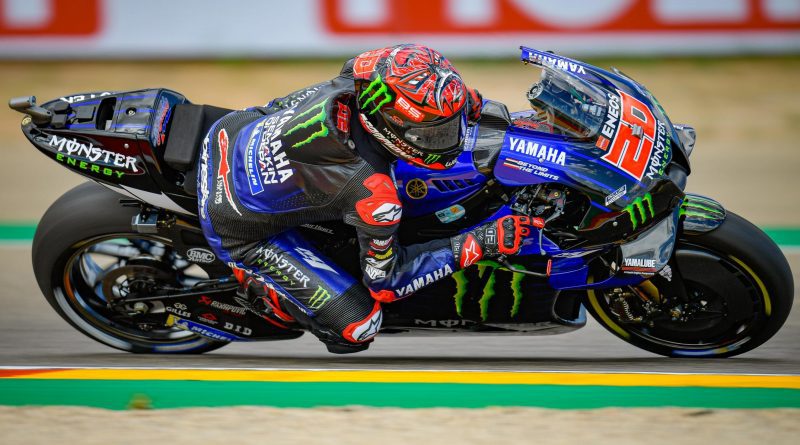 Fabio Quartararo was the quickest rider in the FP3 session, the final laps of the session were hugely competitive with the P1 position changing hands multiple times with Francesco Bagnaia the first man to lead the way before Joan Mir banged in a solid lap time to beat Bagnaia by only 0.002 seconds before Aleix Espargaro and Fabio Quartararo barged their way through to demote Mir to P3, not that he will be too angry given he has made Q2 once again with a really competitive lap time.

The Ducati of Bagnaia led two more Ducati’s namely Jack Miller and Jorge Martin, the Ducati’s are surprisingly strong here this weekend, this is fairly unexpected given that Ducati aren’t the biggest fans of the Teruel circuit, however are showing strong pace leading a trio of Honda’s with Pol Espargaro ahead of Marc Marquez then Takaaki Nakagami, Marquez suffering a late crash attempting to improve his lap time.

Rounding out the top 10 in the final Q2 spot was Enea Bastianini who finally gets himself a Q2 place after knocking on the door all year long, a hugely impressive rookie who is being limited by the capabilities of his two year old Ducati GP19.

For many a trip to Q2 is required including Johann Zarco, Miguel Oliveira, last year winner Alex Rins, Alex Marquez, Maverick Vinales who is 0.5 off P10 and Brad Binder! 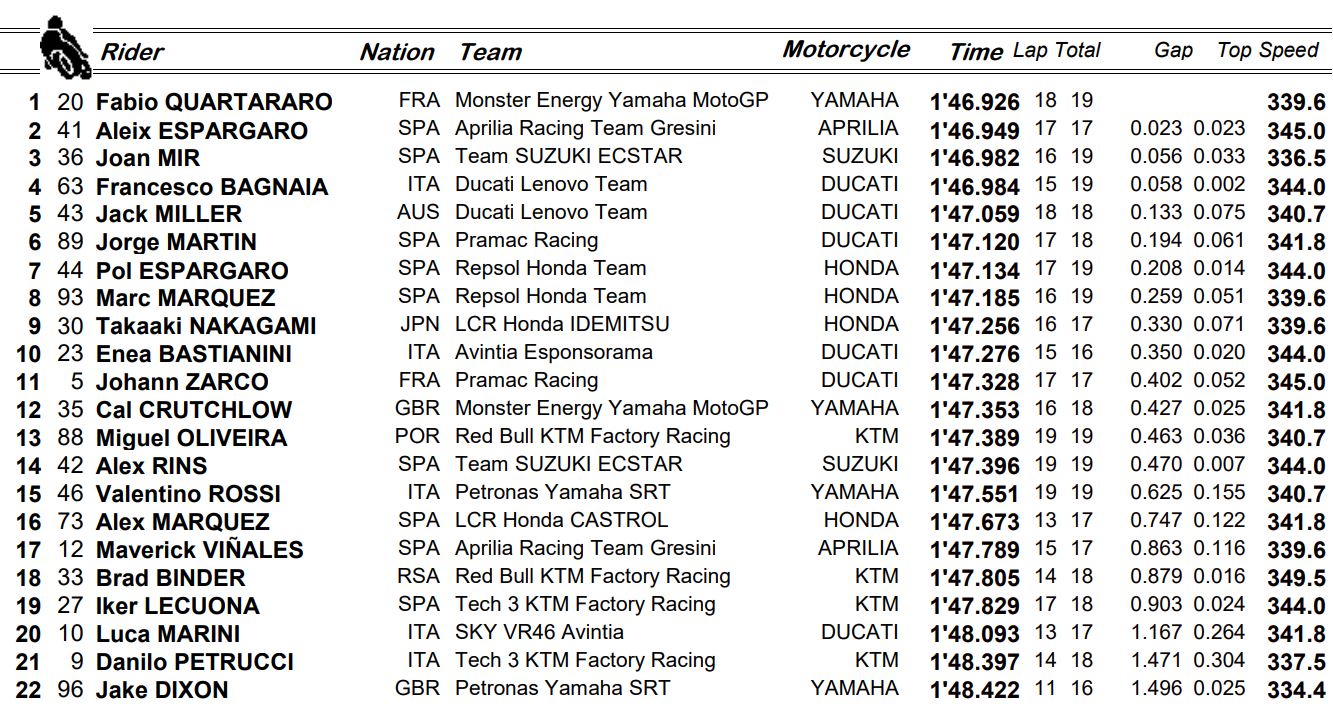 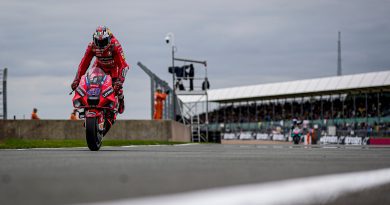 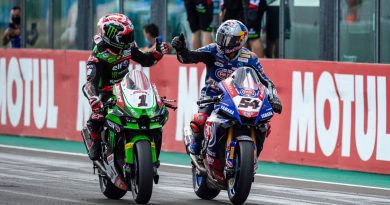 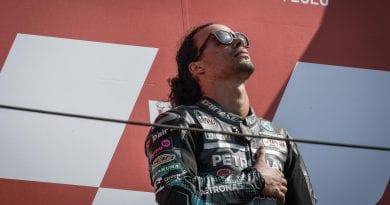