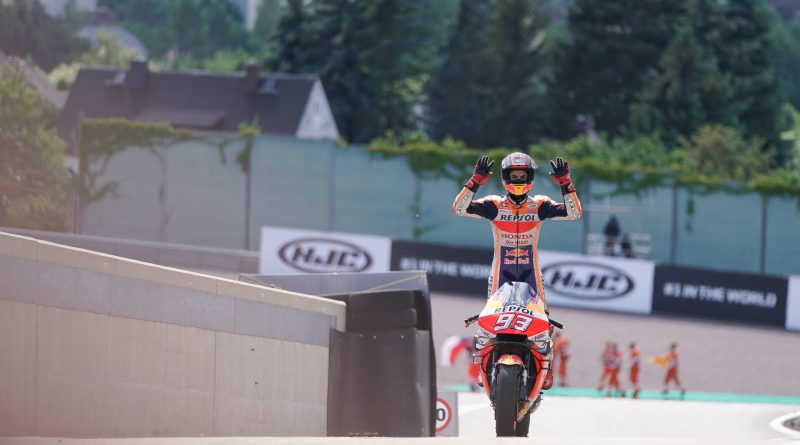 Marc Marquez arrives to Germany with a 10 win streak.

The short, boring and incredibly safe answer is: maybe, maybe Marc Marquez can win in Sachsenring. Now I know you’re probably sat there rolling your eyes at the answer you’ve just been given, some wanting me to say he will absolutely win at the German track whilst others praying I say no but the thing is, it’s pretty hard to gauge.

Marc Marquez holds a 10 race victory streak at the track winning every race he contested there between 2010 and 2019, winning the 2010 125cc Grand Prix before doubling and tripling this in Moto2 in 2011 and 2012. His record-breaking MotoGP rookie season didn’t slow down this momentum with him winning once again on German soil. His advantage mainly comes to the design of the track which boasts 10 left-handed corners, Marquez grew up learning to ride dirt track where you only turn left making yourself dizzy on an oval style race track, therefore, the anti-clockwise left corner heavy track perfectly suits his riding strengths and experience.

As we all know, the eight-time world champion is returning from a pretty horrific break to his right humerus and has been spending many races finding his form and building the strength back into his arm, this includes adjusting his riding style as he tentatively races to protect his right arm more than he would’ve in the past. A track which is solely focused on turning left takes a lot of the pressure away from the injured arm of Marquez and allows him to ride more fluidly concentrating more on his left ‘stronger’ side, it has been medically confirmed that both arms are as strong as one another but for Marquez he still has that mental barrier in his head of the possibility that he can hurt his arm further. 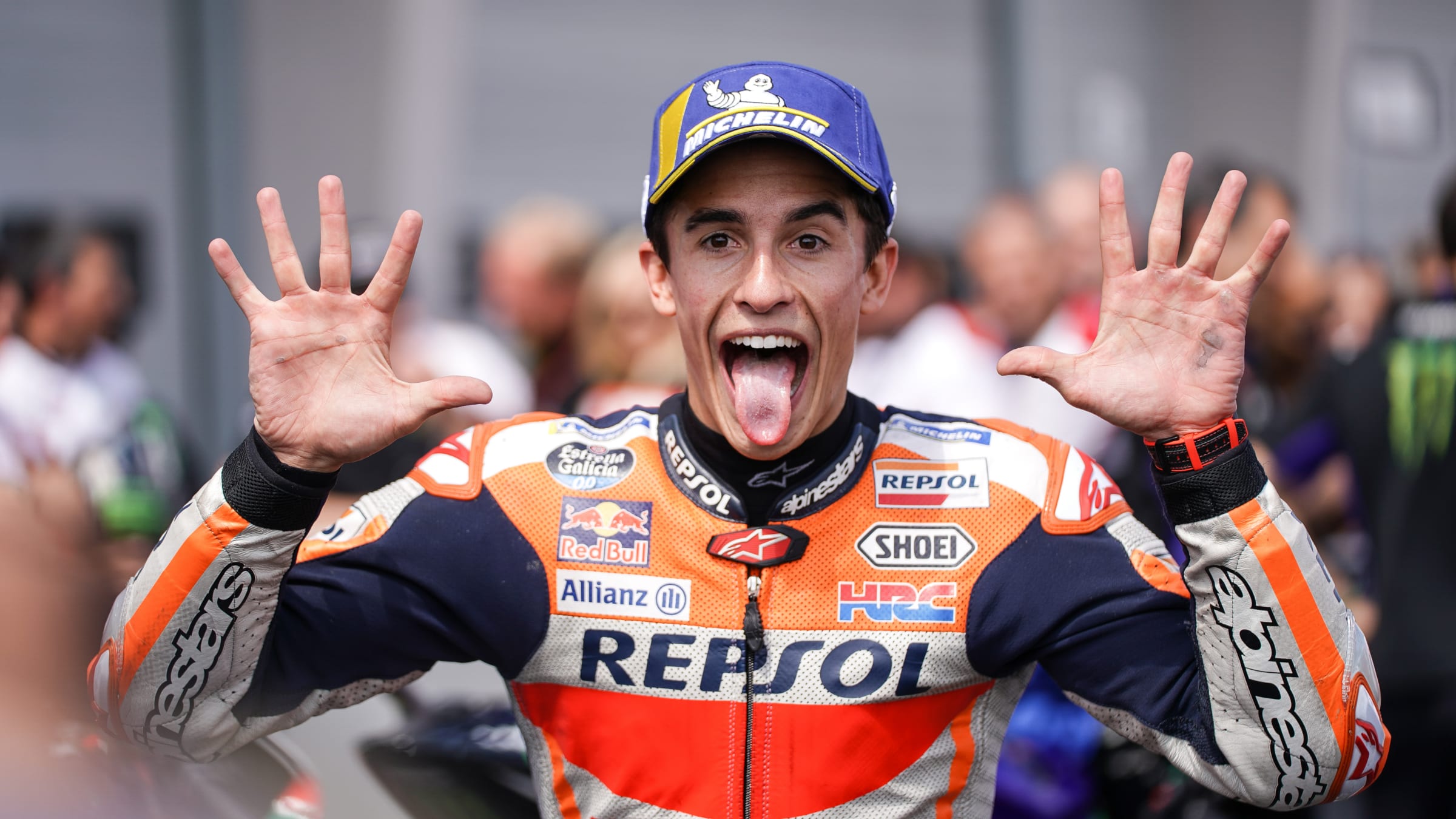 He goes into this race weekend following three consecutive DNF’s, crashing out at Le Mans from the lead, Mugello on lap 1 and Catalunya after 7 laps. These 7 laps were incredibly important at Catalunya, if you study and watch the way he rode he looked incredibly similar to his past self, forcing his way past riders, drifting it sideways and generally just enjoying himself again saying after the race that the 7 laps he completed were his best of 2021 so far.

The main issue he faces is his lack of strength plus some nerve damage from a lingering shoulder injury from 2019, Marquez is still struggling to race at full fitness for a full race distance, crashing out of Le Mans as his mind was distracted by thoughts of his strategy and if he could last the race.

He knows he needs to finish a race and he now knows he has more speed and strength in his arm race by race which will massively help him overcome the mental blockades he’s unintentionally installed into his brain, the experience of riding a track he is incredibly familiar with winning here previously on multiple occasions will help instill confidence and mental clarity within him giving him the belief that he knows how to win here no matter the circumstances.

You can’t forget, he’s won here starting from pit lane in 2014, he’s won here after a monumental tyre gamble in 2016 when he pitted after running off the track on wet tyres, emerging from pit lane with a set of slick tyres on and was able to lap 2 seconds quicker a lap than anyone to take the win, many riders including Pol Espargaro tried to do the same but crashed in the process.

No matter what is thrown at him here he is still able to win the race, change his bike, change the weather and start him from pit lane (with every other rider) and he will still win. 2021 is going to be the biggest test he has faced all year but the cards are well and truly stacked in his favour, if he can keep it upright and remain calm and confident then he is strong enough to fight for victory. 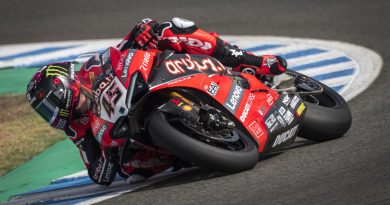 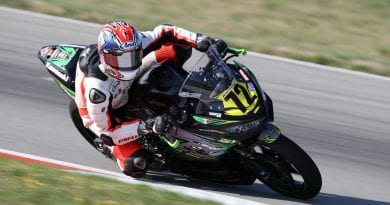