Remy Gardner once again is victorious in 2021, this time taking the P1 place in Sachsenring on German soil, it was an incredibly tense opening few laps with Remy overtaking his teammate Raul Fernandez for the lead early on, he then hugely upped the pressure on his teammate Raul Fernandez putting in a lap time on lap three which was 0.002 faster than his qualifying time to try and force his incredibly strong teammate Fernandez to up the pace if he wanted to stay with him.

This tactic was extremely effective for Gardner as it pushed Fernandez into a rare mistake causing him to crash very early on in the race, some may argue that that’s ‘dangerous’ or ‘unsportsmanlike’ but this is racing and Fernandez has full control of his throttle. The tactic worked and Remy didn’t cook his tyres either, he had a 5 second lead after 5 laps meaning he could slow down the pace by over a second and cruise his way to the chequered flag in style.

Aron Canet had an incredible race coming from P10 on the grid into P2, the Boscoscuro chassis have been incredibly strong all weekend with Canet proving this. Many have eyes on him including Aprilia but the smart move would be to move over to a Gresini Kalex for a season to consolidate himself in the middleweight class, but I am no expert! Marco Bezzecchi rounded off the podium which is an incredible achievement given his tough weekend where he was forced to come through the Q1 session, the taste of champagne has never been sweeter.

The last lap of the race was a tricky one with many riders crashing out including Xavi Vierge who was pushing for a second consecutive podium, Joe Roberts and Ai Ogura who was running as high as P5, the rookie putting some stunning overtakes in and was really impressing, hard to believe he is a rookie.

Fresh off a MotoGP deal we saw Fabio Di Giannantonio convert his front row start into a P4 finish, the Italian has had an incredibly strong weekend filled with confidence and happiness after the confirmation of his move and it’s shown with his pace all weekend long, the Italian still is within a shot of the title but Gardner seems to be running away with it now!

2020 Moto3 World Champion Albert Arenas took his maiden top 10 finish in the Moto2 class after a tough season so far, the Spaniard has struggled to adapt to Moto2 so far but showed his class today with the finish as many riders made their way into the points including replacement rider Alonso Lopez who made his Kalex debut in P12, 17-year-old Barry Baltus on the NTS who took his first-ever world championship points in P14 after missing a lot of the season due to injury with Celestino Vietti taking the final point in P15 taking his Moto2 points tally to 15. 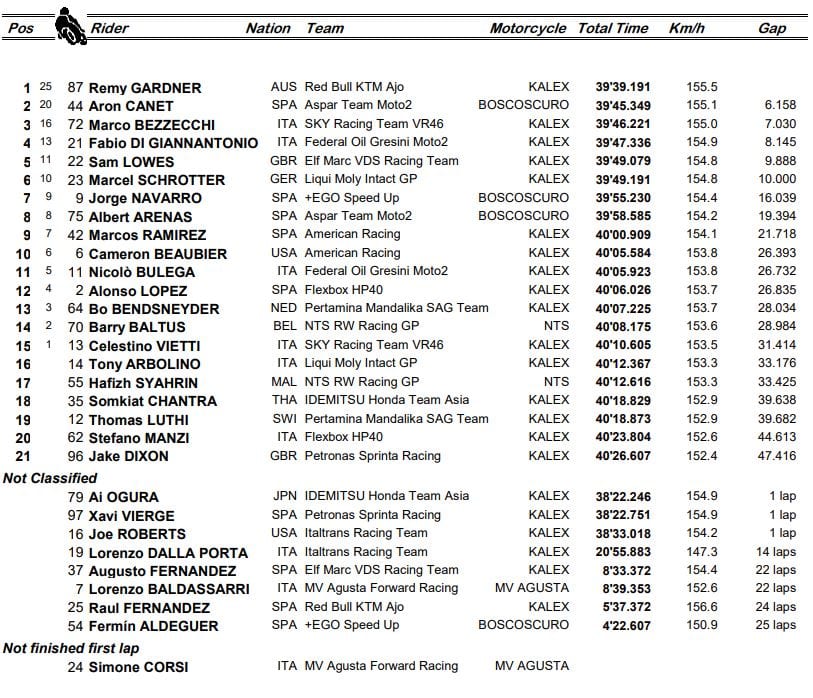 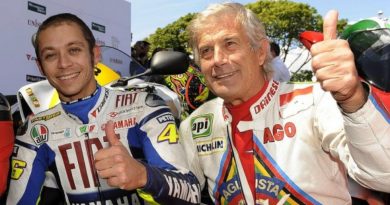 Opinion piece: Who is the Greatest Of All Time? 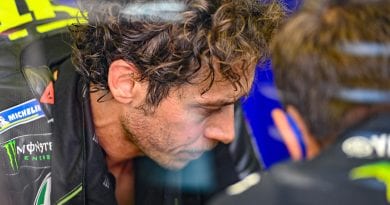 MotoGP: Valentino Rossi crashes out of two races in a row: “It takes me out of the championship”