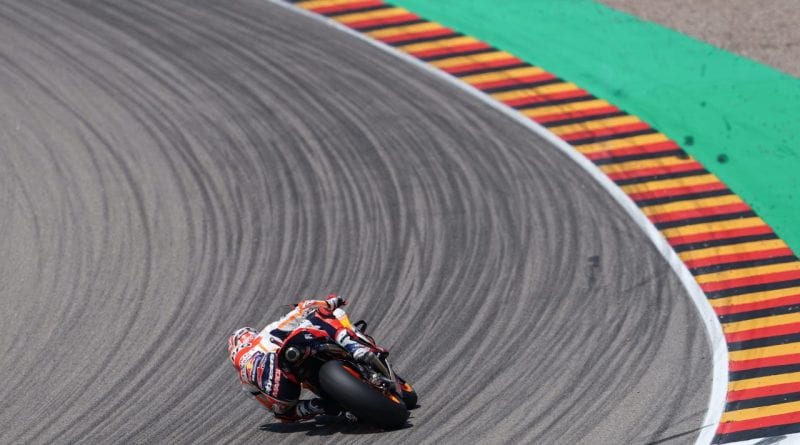 Marc Marquez has done it again, he takes his 11th consecutive victory at Sachsenring.

581, 581 is the magical number we need to remember. It has been 581 days since Marc Marquez last stood on top of a MotoGP podium at Valencia 2019, we all know the story of Marc Marquez going through multiple surgeries including a bone transplant, a year of pain and suffering wondering if he will ever ride again especially at this level in MotoGP, never mind win another race.

Marc Marquez has proven everyone who doubted him wrong as he marched his way to victory today following on from three successive DNF’s being one of only three Repsol Honda riders in history to achieve this, a fourth today would’ve been a new record for the Honda squad, not one he wanted to hold. Thankfully he has instead done the opposite and scooped up the maximum 25 race points holding off an incredibly rapid Miguel Oliveira over the last 15 laps as Oliveira closed in by just 0.050 seconds a lap, upping the pressure and forcing Marc to throw absolutely everything he had at the race. Eventually, Marquez proved too strong for Oliveira who accepted second place handing Marquez his 2-second lead back cruising his way to the finish line.

Fabio Quartararo had a solid race and was able to fight off the advances from many riders including Jack Miller and Brad Binder who desperately wanted to take his first podium of the season, these 16 points in the bag massively aids his title fight with Zarco down in P8 on a track not kitted out for Ducati’s.

You have to say a monumental WELL DONE to Francesco Bagnaia, if it wasn’t for Marc Marquez he’d absolutely be the ‘Man of the Race’, a really strong result for the Italian in P5 who was running as low as P16 at one point, he had to fight and push his Ducati around the track to gain many positions and eventually finish ahead of teammate Jack Miller beating him on the last lap, very very impressive.

Another rider who was impressive was Aleix Espargaro who led the race early on, the Aprilia man started from the front-row which was their first since the year 2000 with Jeremy McWilliams, he fought his way past Marc Marquez setting the race pace very early on until Marquez muscled past. Aleix was able to run with the front boys for most of the race until the rain started to lightly come down, it seemed that this wet weather damaged him mentally a little and he fell back eventually finishing in P7.

Further down the order we see Alex Rins put an end to his 0 points streak after finishing with no points in 5 races, he took a solid 5 points down in P11 and will be incredibly happy with this after breaking his radius at Catalunya, struggling with pain all weekend long.

For some, it’s a day to forget with Maverick Vinales finishing in last place and Franco Morbidelli second to last. 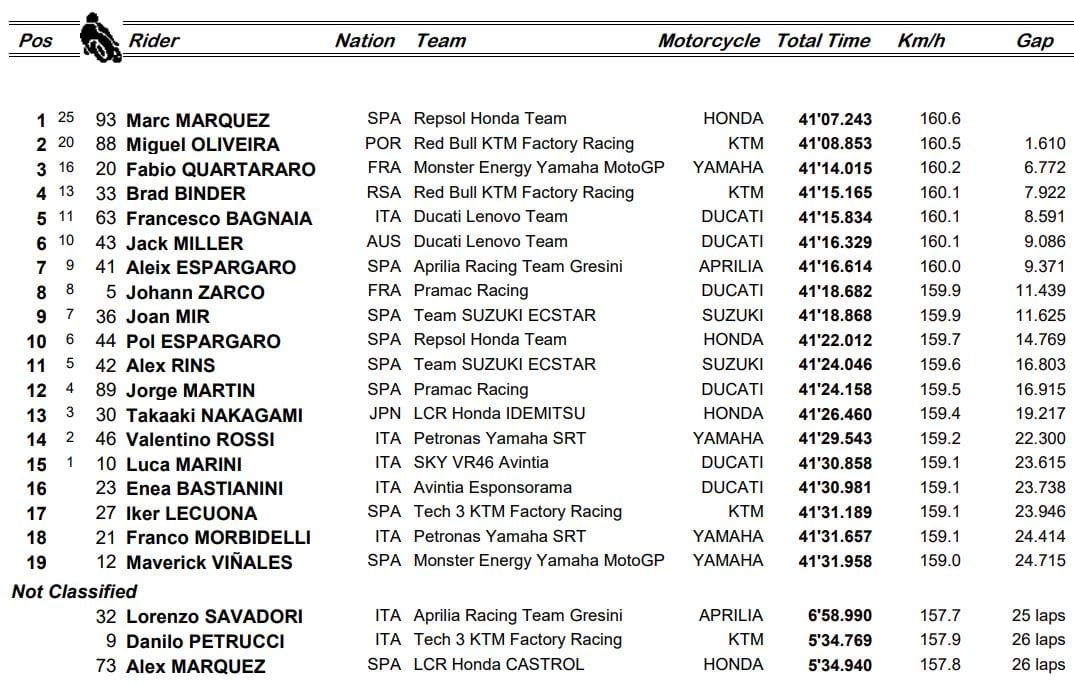 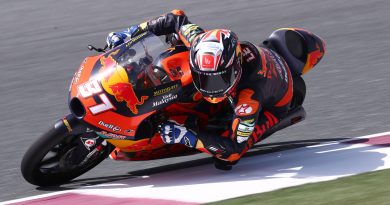 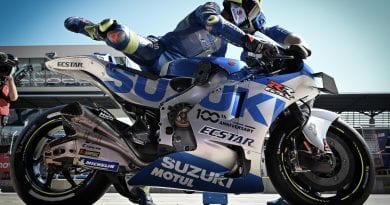 In Case You Missed It – Styrian GP 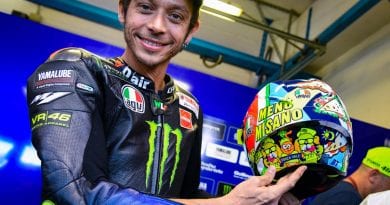