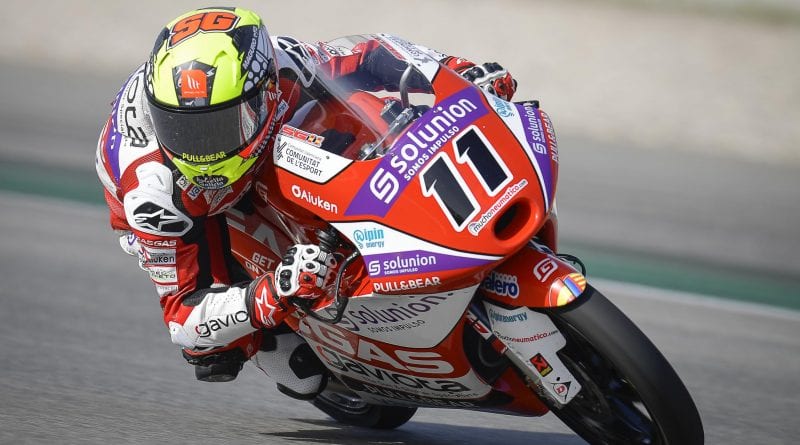 Moto3 never fails to go above and beyond expectations.

Sergio won a red flagged, crazy, dramatic and even controversial Moto3 race as 15 riders fought tooth and nail to battle for the win with the strategy of many riders being that they must ensure they were not leading out of the last corner as they were almost certain to be beaten to the line by riders who could take advantage of the slipstream of the leading rider. This didn’t bother Sergio Garcia who did exactly the opposite of everyone else and led out of the last corner to take victory in Catalunya even with Jeremy Alcoba on his tail trying to steal the win from the Valencian’s hands.

Sergio Garcia took his second victory of the season and his third in the lightweight class with his first being Valencia 2019 for the Monlau Estrella Galicia 0,0 squad who have now left the class to focus on the Junior World Championship, European Talent Cup, Moto4 and more of the support classes. The Valencian rider pushed incredibly hard to fend off huge attacks from the riders around him.

Jeremy Alcoba finished the race in second place, there are many already calling for a penalty for him as he was one of the riders instigating a frenzy on the penultimate lap by looking over his shoulder and trying to let riders pass to ensure he wasn’t leading out of the last corner, this move is controversial as it caused the entirety of the top 15 group to slow down massively practically touring on the racing line with Romano Fenati even raising his hand wondering what’s going on.

Jaume Masia originally finished in third place but was docked one place for touring on the racing line and finished in P4, this moved the incredibly emotional Deniz Oncu onto the podium in third position, the Turkish rider is having a stunning season this year despite his results not reflecting this, he’s had podium pace in many races and has ended crashing too many times, thankfully now he is on the podium and can use this momentum to push forward and take more podiums in the lightweight class. He is a very emotional guy and takes himself incredibly seriously and you can tell this when he crashes being very angry with himself, also in his parc ferme interview when he was overwhelmed with emotion, he’s a class rider and worked incredibly hard today to take a podium.

Darryn Binder was fairly unlucky today, his Petronas Moto3 bike was geared for straight-line speed and braking but he was unable to take full advantage of this today finishing in P5 but almost certainly had podium pace, he was one of 15 riders who had podium pace today and this is Moto3 and it’s a luck of the draw about who wins the race, he finished ahead of the race favourite and pole man Gabriel Rodrigo, Rodrigo led most of the sessions over the weekend and even took pole position with a lap record-setting time, it wasn’t to be today for the Barcelona born Argentinan but he’s done well.

Finishing in P7 from P25 is Pedro Acosta, the mental, incredibly and boundary-pushing 17-year-old once again showed his skill making his way through the pack and led the race many times trying to open up a gap, eventually he would be sucked back into the battle and was forced to fight for the win eventually finishing in P7 overall, he still leads the championship but his lead is a little less than it was previously.

Many riders will be thanking their lucky stars today after John McPhee’s crash out of turn 2, he crashed out of P1 and his bike slid across the track with 10 riders swerving to avoid it, unfortunately for Tatsuki Suzuki and Andrea Migno both riders were forced to take evasive action and get out of the way both crashing in the process, this will massively damage both riders chances of a Moto2 promotion for 2022 with teams looking at the standings.

On the last lap the red flag would be brought out after a multi-rider smash up at Turn 8 with Izan Guevara firstly crashing out of second place, the Spanish rookie led today’s race briefly and was absolutely without a doubt a rider with pace for a podium, it wasn’t to be today for the Junior World Champion but it bodes well for the rest of the season.

Xavier Artigas, Ayumu Sasaki and Dennis Foggia would also meet the gravel in this corner but it is inconclusive of what happened. 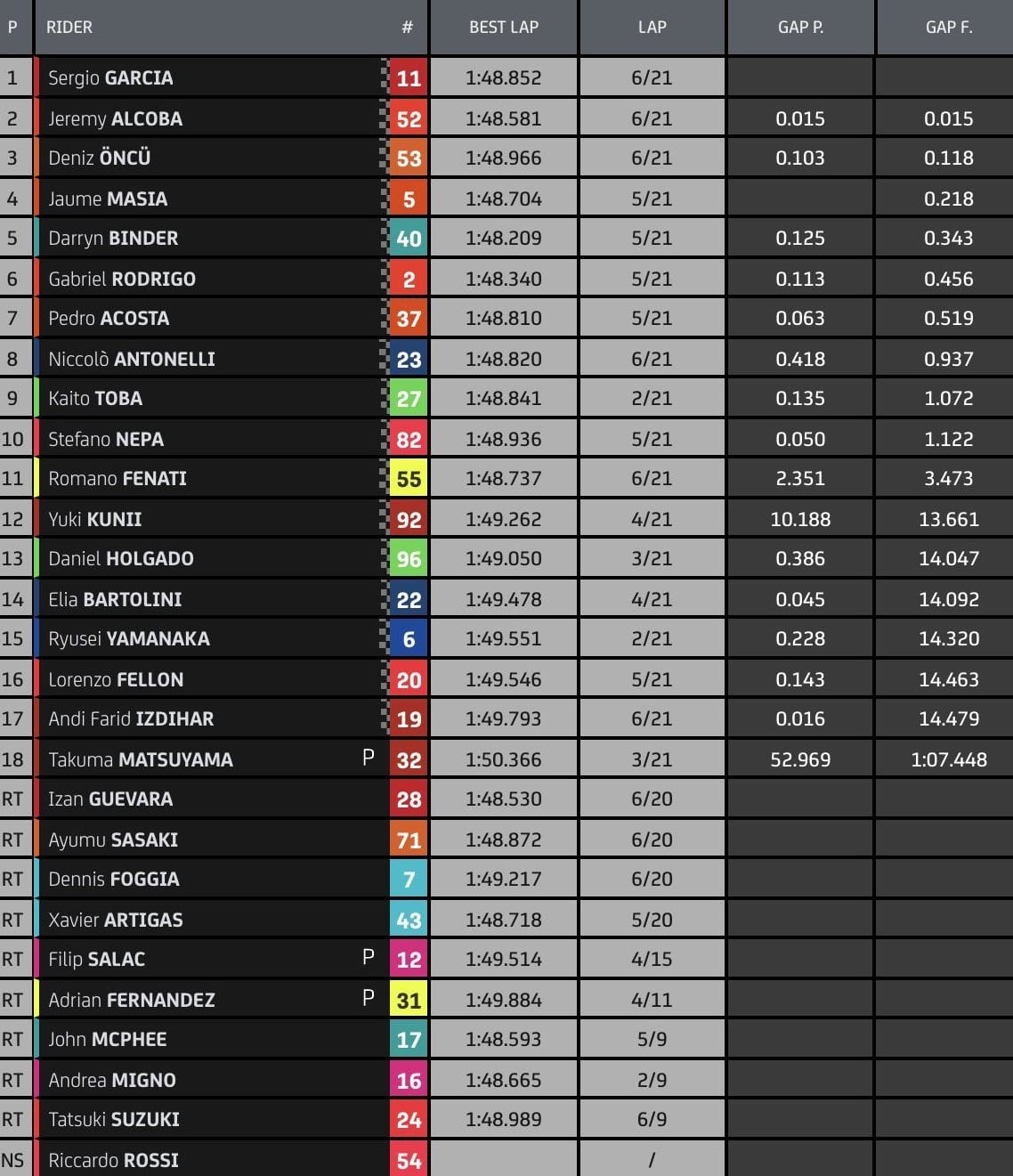 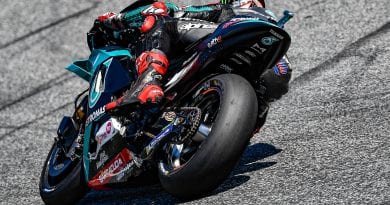 MotoGP: Fabio Quartararo “We need to get back on the podium” 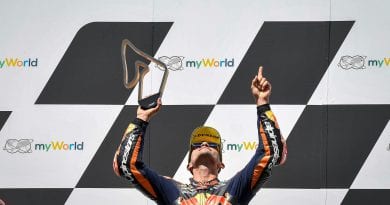 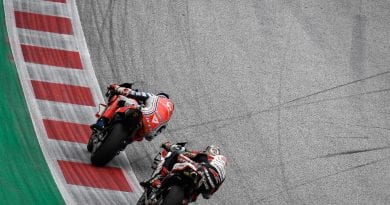