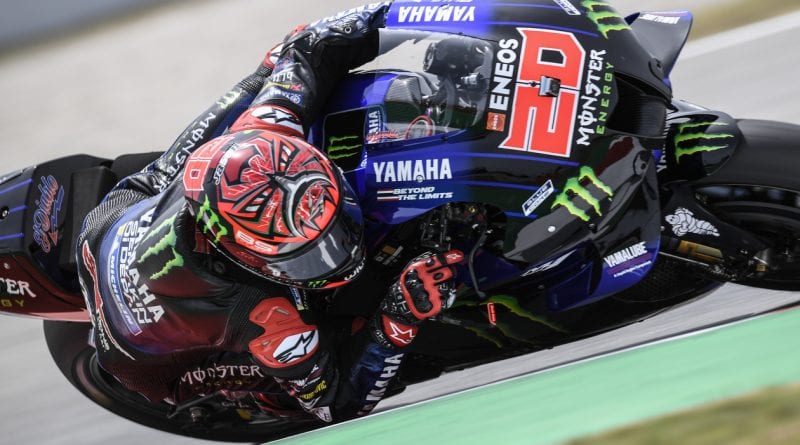 The Fast Frenchman fantastically flies to a fifth pole position of 2021.

Fabio Quartararo takes pole position yet again in Catalunya, this time back in front of the fans who have been absent for a long time now. Fabio Quartararo’s record once again continues with his pole position start making it five in a row now for the rapid Frenchman who is a clear favourite for the race win tomorrow on the Catalan soil, the Frenchman already has two race wins here and is in the form of his career at the moment so there is no reason why he will not at least take a podium.

Joining Fabio Quartararo on the front row is Jack Miller who has had to come via the Q1 session getting through by just 0.028 seconds ahead of Marc Marquez in third place, we had a comical moment between Miller and Marquez with Marquez offering Miller a bribe to tow him around the track, the wholesome moment was paid off with Marquez temporarily holding the Q2 spot before his teammate Pol Espargaro pipped him by 0.011 seconds to demote Marquez to P13 overall and give Pol a shot of improving his speed in the Q2 session. Late into the Q2 session Miller would be spat off his Ducati sliding down the road, thankfully his lap time was strong enough to take P2 on the grid just 0.037 seconds behind Quartararo with a 0.159-second buffer to fellow Ducati man Johann Zarco in third place.

Zarco would take the final grid spot from Miguel Oliveira in his last lap of the session, the KTM man looking to have a certain front row until Zarco demoted his old employer to P4. Oliveira won’t be too sad though given his previous qualifying results of the year, KTM’s new updates are massively paying off with both Binder and Oliveira showing pace, Binder will line up from P8 after being overtaken by Zarco on his final lap which pushed him wide.

Joining Oliveira on the second row are the Yamaha duo of Franco Morbidelli and Maverick Vinales, Vinales has obviously come into the weekend with a new crew chief and its seemingly paying off, but we will only know how well this investment will pay off over the following 5-10 races with Vinales often showing massive speed for 1-2 races before going back to his old ways.

Aleix Espargaro and Francesco Bagnaia join Brad Binder on row three ahead of Joan Mir in P10, Mir once again doing what he does best qualifying in the wrong end of the top 10. Some things never change.

As previously mentioned Marc Marquez will start from P13, once again a Q1 start for the eight-time world champion. 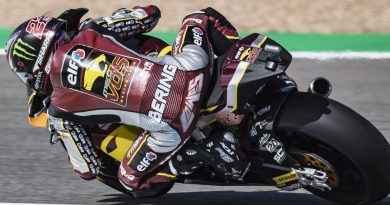 Moto2 Jerez FP2: Sam Lowes back on top in Jerez 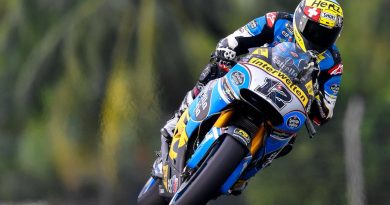