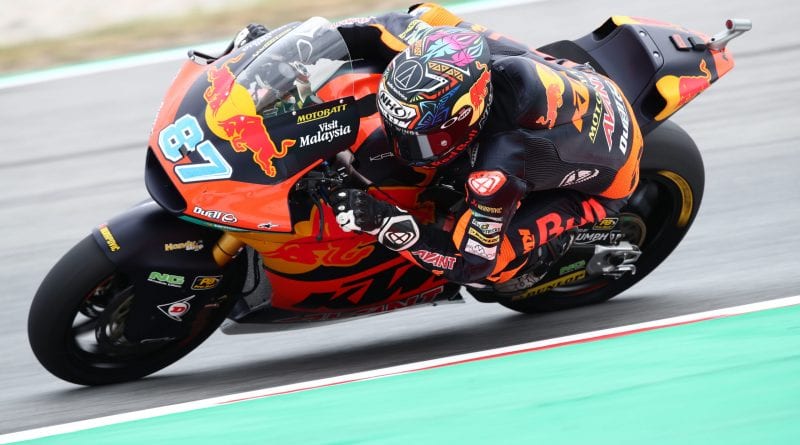 The Ajo team continue their domination of Moto2 in qualifying.

The Ajo team once again take a 1-2 in a Moto2 session continuing the rampage of destruction they are reigning down on the Moto2 championship, the duo of Remy Gardner and Raul Fernandez dominate nearly every session with a 1-2 and today’s qualifying session is no different with Remy Gardner taking pole position yet again in Moto2 ahead of his teammate Raul Fernandez. Remy’s strategy worked to perfection in qualifying after pitting part way through and putting in new rubber, this allowed him to lay some quicker laps down and even break into the 1:42’s with a blistering lap time of 1:42.977 seconds to take pole position, drifting and sliding his way around the track.

Raul Fernandez did a great job taking second place, the rookie not succumbing to the pressure behind his teammate in Moto2. As the session went on and his tyres degraded more we saw him drop back a little and set his fastest time in his fourth lap of eight proving he isn’t fully confident in putting his all into the bike when the tyres are degraded and the rear skittering and sliding around, despite this he will have taken some valuable experience today and will be pushing further as the races go on. Joining the duo on the front row is Bo Bendsneyder, Bo really impressed today only 0.423 from Remy Gardner in pole the Dutch rider improving weekend by weekend as he learns his way around the Kalex.

Augusto Fernandez headed the second row, the Spanish rider has shown lots of form this weekend after so long of us waiting, here’s hoping he can finish the race after crashing out of the last four and take home his first podium since 2019, he is joined on row two by Fabio Di Giannantonio who came from the Q1 session and Xavi Vierge.

Ai Ogura tried his best to improve but could ‘only’ muster up a P7 position, the impressive rookie absolutely has the speed and talent to improve on this and do even better so won’t be too happy with P7 but it is a solid result as he and his teammate Somkiat Chantra sandwich Sam Lowes in P8 with Marco Bezzecchi rounding off the top 10.

Tony Arbolino finished the session in P14, the Italian rider hasn’t been able to continue the form he showed at Le Mans and Mugello but has shown some strong glimpses of what he can do on a Moto2 bike. 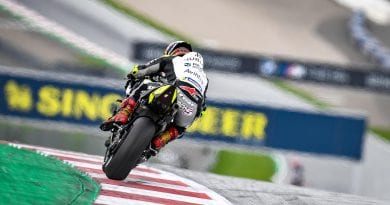 MotoGP: Johann Zarco feels he is “ready” to ride the factory Ducati 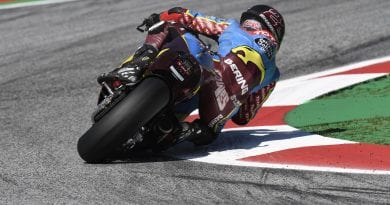 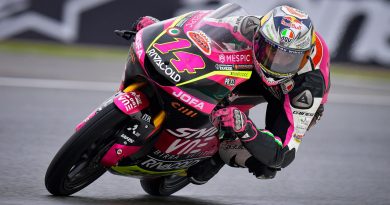