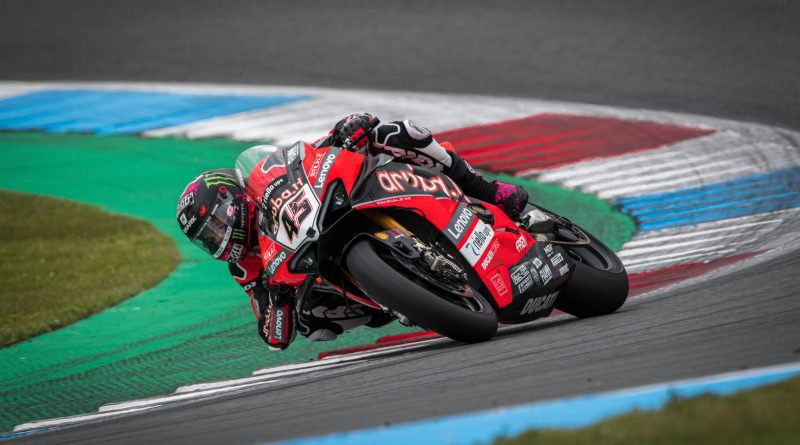 Scott Redding starts Saturday as he means to do on, dominating the field.

Scott Redding got off to a rocket start this morning in Assen gapping the entire field by more than half a second, putting a solid 0.566 seconds between himself and title leader Toprak Razgatlioglu. Redding was the quickest man in yesterdays FP1 session before struggling down in the lower end of the top 10 for the FP2 session, it will be interesting to see if he can turn this around this afternoon and come away with a victory.

Toprak Razgatlioglu has beaten Rea for the first time this weekend with Rea down in P6, the World Champion is going head to head against the Turkish superstar and with Rea’s record of 12 wins here standing strong, Toprak is going to need to push incredibly hard later on today in Race 1 if he wants to extend his title lead, he finished ahead of Chaz Davies in third place who came away as the fastest independent rider. Once again Davies was strong yesterday morning before falling back in the afternoon.

Alex Lowes and Garrett Gerloff rounded off the top 5, Gerloff having a strong weekend so far benefitting from his MotoGP appearance here just a few weeks ago, the American is undoubtedly a podium contender later today, he leads Jonathan Rea and the rookie Andrea Locatelli who finished in an incredibly impressive P7. The young Italian massively impressing this year after his move from the Supersport series over to the full 1000cc machine.

Leon Haslam finished ahead of Michael Ruben Rinaldi with Tom Sykes rounding off the top 10. 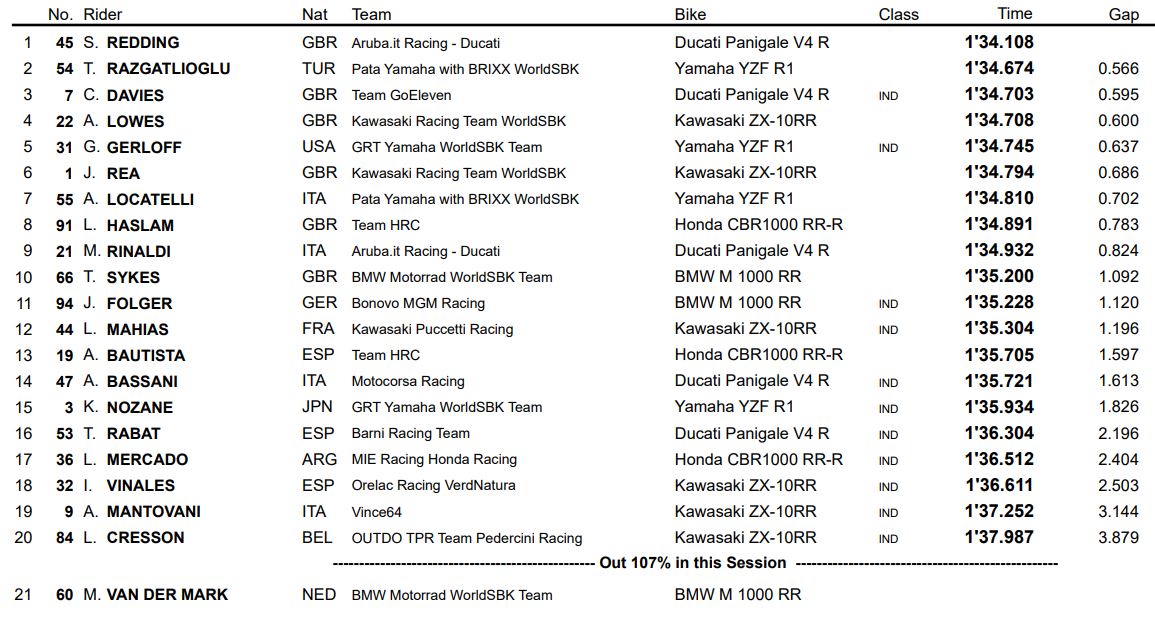 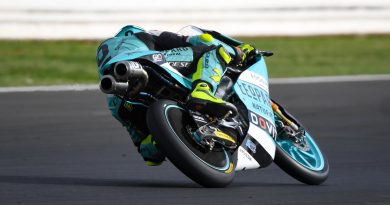 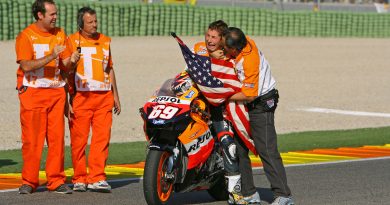