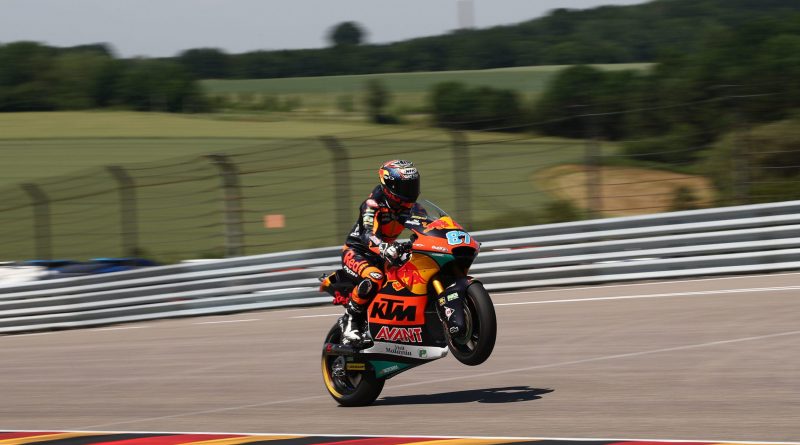 The ever-competitive Moto2 class once again shows how tough it is on the world stage with 20 riders finishing within 1 second of Remy Gardner in P1, one man who has risen to this challenge and wrung its neck is Raul Fernandez, the Moto2 rookie has stepped into the class and is consistently beating riders who have been in the class for well over a decade now and shows no signs of slowing down, nearly every session these days is a Red Bull KTM Ajo 1-2 with Gardner leading, it’s reminiscent of the 2014 season with Tito Rabat and Mika Kallio dominating proceedings. Fernandez finished only 0.118 seconds behind his teammate who has worked his butt off to get where he is.

Fabio Di Giannantonio is fresh off the back of a MotoGP deal and with his future sorted out he is riding incredibly well this weekend, the Italian rider finished only 0.062 seconds behind Fernandez in third place and is doing the Gresini name a lot of justice, making his manager proud from the skies. Xavi Vierge was the fourth fastest rider, the Spanish rider took a surprise podium last time out at Catalunya and is proving consistently why he deserves a MotoGP Petronas seat, many people are pipping Dixon for the seat but the other side of the garage is outperforming the British rider at the moment, no disrespect to Jake though who improved his time by a massive 1.2 seconds overnight to go straight into Q2, maybe that MotoGP carrot is giving him the extra 10% he needs.

Marcos Ramirez has fired himself up the order into the top 5, the Spaniard is aiming to sign a new Moto2 deal for next year and results like this are going to open some doors for him if he can keep them up, he leads Augusto Fernandez in P6.

Home rider Marcel Schrotter took a strong P7, doing well here this weekend as we’d expect given it’s his home race, he led Ai Ogura by a minuscule 0.018, Ogura is another rookie who is impressing beyond expectations but just like Izan Guevara in Moto3, his results are being overshadowed by a title fighting rookie, well done Ai, we see you there!

Jorge Navarro rounded off the top 10 as Sam Lowes and Joe Roberts sneak their way into Q2, for many they will need to go via Q1 if they want to get a good start in tomorrows race, these riders include Tony Arbolino, Aron Canet, Bo Bendsneyder, Marco Bezzecchi down in P19 and Cameron Beaubier. 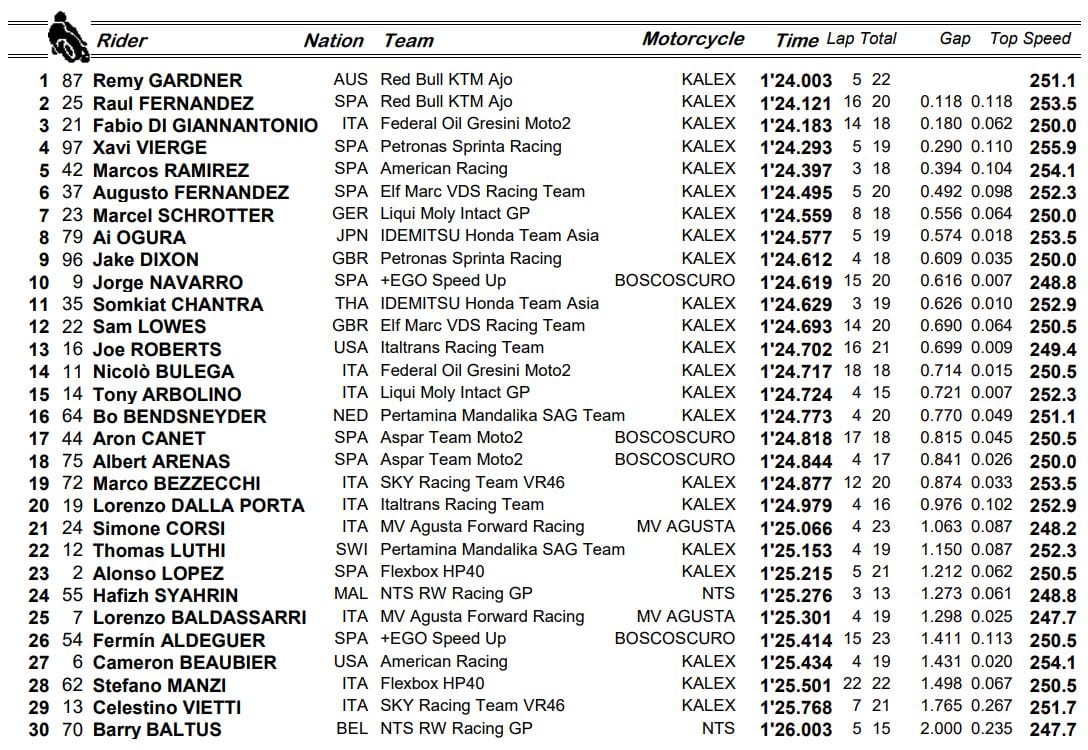 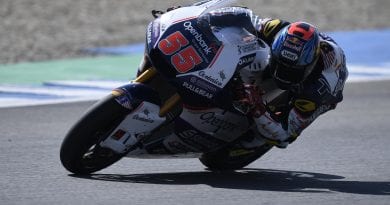 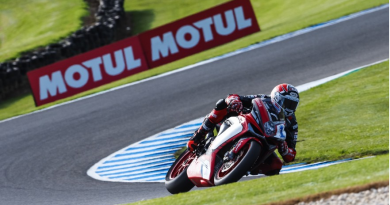