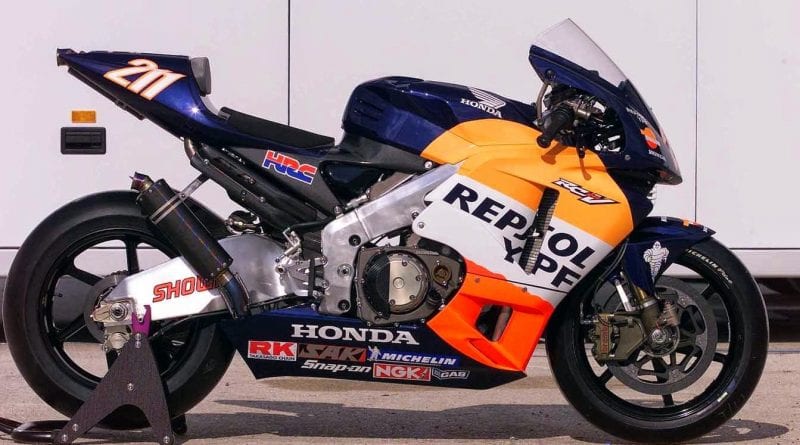 For 2002, there was the biggest shift in regulations in MotoGP for years, with the rules allowing 990cc 4-Stroke engines to compete alongside the venerable 500cc 2-Stroke machines.

This 990cc figure was used so that any existing Superbike manufacturers could not just use a modified version of their 1000cc bike, the engine had to be a pure prototype set up as to not step on the toes of World Superbikes which was extremely popular at that time. In a move that was clearly aimed squarely at Honda the regulators also wrote in a rule where you had to be 10kg heavier on weight limits if you used oval pistons. Strange right? As nobody actually used them? Not as strange when you consider the last 4-Stroke race bike Honda developed was the NR500 in the 1980s which was completely mad, it used eight valves and oval pistons within a four-cylinder setup to basically create a V8 and was on par for power with the 500cc 2-Strokes at the time.

Honda were also the manufacturer who pushed hardest for this change, believing there was no future in the world for oil-burning 2-Strokes and by 2007 had eradicated them from their entire line up. They had won the 2001 MotoGP title in the hands of Valentino Rossi on the NSR500, and the Italian was tasked with the development of the future machine alongside Tohru Ukawa. They went with the unusual layout of a V5 engine in an extremely compact frame, with 3 of the cylinders sitting in the front vee, and the other two on the rear at a 75.5-degree angle. This was to combat vibration which would be a problem with uneven cylinder distribution. This engine was an utterly groundbreaking step, creating over 205hp at 14,000rpm. The biggest triumph of this bike however was the ease of riding. The bike had a big focus on mass centralisation as well as an extremely trick ‘semi-dry’ sump crankcase which meant the gearbox cavity could be utilised as an oil tank, further affirming the ethos of a compact machine. The V5 was a big part of that, as although it was an unusual setup of the engine, Honda had only ruled out a twin-cylinder and six-cylinder layout before testing engines as a twin could not make the required power and a six was simply too heavy and cumbersome.

It was in January 2001 that the V5 layout was announced with the reason being that the bike could make as much power as a V6 engine while retaining the 145kg weight limit that was so important in the class. With many thinking that a 3 or 4 cylinder was the way to go, Honda caught everyone napping with this having tried every other configuration before settling on it.

The bike’s first outing that was spotted in public was in April 2001 at the Sugo circuit in Japan. It had a clear vision of what the style would be and seemed to be largely unchanged from the official bike that was revealed later in the year. It seemed the angular lines and compact frame were set in stone very early with only the exhausts being the big outward change. The first prototype had a single can at the side of the wheel with no under-seat exhaust at that time. The big reveal came at the gem of Japan’s racing season with Mick Doohan giving the bike its first ‘public’ reveal at the 2001 Suzuka 8hrs event in August. Valentino Rossi aboard the 1st edition of the 2002 machine.

We now know the Honda RCV211V was the correct decision, it showed this from the off as Honda only lost two of 16 races all season, both to Max Biaggi on the Yamaha M1. Rossi took 11 of those wins, Ukawa added one and Alex Barros took the other two on the West Pons bike after a mid-season switch from the NSR500. This was backed up in 2003 with another title for Rossi with Honda winning 15 of the 16 races, losing only to Loris Capirossi on the new Ducati Desmosedici at Catalunya.

There would then be a lean two years as Rossi jumped ship to Yamaha and took consecutive titles for their competition who had been struggling for some time before Rossi’s arrival, Honda won the last battle with Nicky Hayden who ended the 990cc era with his famous 2006 title, signing off the RC211V as one of the greatest MotoGP bikes ever created! 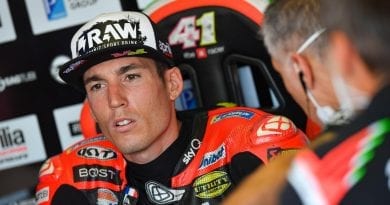 MotoGP Aleix Espargaro: “I am not happy, not happy at all” 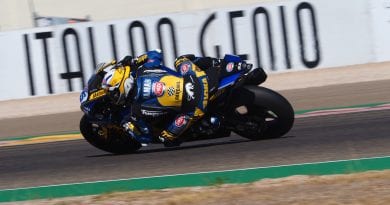 WSBK: The dominance of Andrea Locatelli in 2020 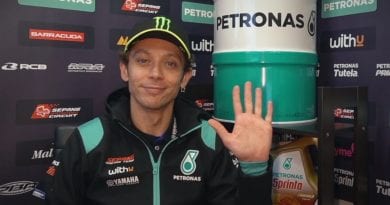