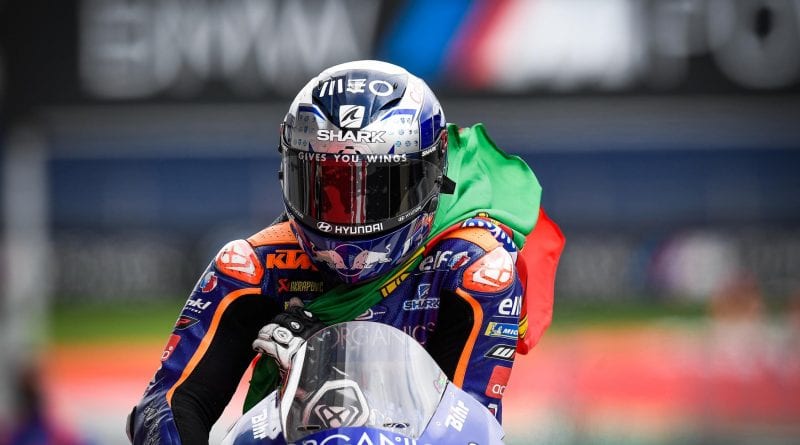 Miguel Oliveira made history at the Styrian GP, becoming the first ever Portugese MotoGP class winner, but how did he get there?

The year was 2008, Miguel Oliveira had just won the Pré-125 class Mediterranean Trophy in Spain and was on the radar of the Red Bull Rookies cup, he was invited to race as a wildcard at the track of Estoril, his home race, Oliveira impressed, taking home eighth place, this impression opened the door for him to participate in the races at Donington Park and Assen and to the shock of many, he won both races, putting his name in the mouth of many people in the CEV Repsol paddock.

In the year 2009, Oliveira participated in the 125cc class of the CEV Buckler 0,0 championship against riders such as Maverick Vinales, Johann Zarco, Jonas Folger, Michael van der Mark and many more hugely successful names, in his debut, rookie season Oliveira would finish 3rd overall in the championship standings, taking three 2nd place finishes, he had already established himself as a true threat. In 2010, Oliveira came unbelievably close to the 125cc CEV championship, missing out by just two points, despite having a better season than champion Maverick Vinales, a 0 point score at Albacete meant that the title went to Vinales despite Oliveira winning 4/7 races and finishing on the podium in 2 of the last 3 races. His 2010 performance would gain Oliveira a world championship 125cc seat in 2011 with the Andalucia Banca Civica team on an Aprilia. Oliveira would contest in 11 of the 17 rounds as the team ran out of money to continue, he would finish in 7th at Le Mans, his best finish yet before the championship moved to Moto3 machinery.

For 2012, Oliveira signed for the Estrella Galicia 0,0 team on a Suter Honda, taking 2 podiums with a second-place at Phillip Island being his best result before moving to Mahindra machinery for 2013 and 2014, the Mahindra would not show the true potential of Oliveira, stunting his growth more than promoting it, in two seasons he only managed 2 podiums, scoring less points in 2014 than he did in 2012, it was time for a move…

It was announced for the 2015 season that Miguel Oliveira would ride for the Red Bull KTM Ajo team, a team which would partner him up with Brad Binder for the first time in his career, instantly Oliveira had a title challenge on his hands, he began his season in a difficult manner, crashing in the opening race of the season at the first corner on lap 1, costing him the title before he even realised it, this was before he suffered a DNF in race two, it wasn’t going well for Oliveira. Then at Mugello, Oliveira would win his first Moto3 race, following this with a win at Assen, however bad luck would strike and Oliveira was forced to miss the German race due to injury.

Following missing Germany, Oliveira would drop many points in the following three races, finishing in 15th, 8th then 13th before pulling off an incredible come back in the last 6 races, taking four wins and 2 second places, Oliveira would close a 70+ point deficit to Danny Kent, this sadly would not be enough for the title with Kent winning by just 6 points. This incredible season earned Oliveira a Moto2 seat with Kent with the Leopard Squad for 2016 on a Kalex, the season was largely underwhelming with Oliveira being ruled out for four rounds with injury, his best result was an eighth-place at Catalunya, however, KTM announced they would be debuting a Moto2 chassis for 2017 with Miguel Oliveira and Brad Binder re-uniting for the season, since this signing, Oliveira and Binder have not left KTM.

2017 and 2018 were two fantastic years for the Portuguese rider, battling for the title both times, Oliveira would take his first Moto2 podium in just his second race on the KTM chassis at Argentina, he would go on to take 9 podiums this season, winning the last three races in style in 2017, mounting himself up for a title charge in 2018. 2018 was again a season where Oliveira would come incredibly close to the title, losing by just 9 points to Francesco Bagnaia. The Portuguese man would take a staggering 12 podiums in 2018 with another three wins, including winning his final Moto2 race at Valencia. It was confirmed that Oliveira would move to the Tech3 KTM MotoGP team as a rookie for the team which had just switched from Yamaha after 20 years. 2019 was a year of learning for the Tech3 team and also for Oliveira, the team had to learn the bikes from scratch after only using Yamaha machinery and Oliveira had to adapt to the MotoGP bike with its steel frame and carbon brakes, despite missing the last three races of the season, Oliveira did well, he had 9 points finishes in 16 races and his best result was P8 at Austria, a track he clearly was fast at…

Roll on 2020, KTM have made huge strides, Dani Pedrosa and the entire KTM factory have been working tirelessly and have pulled out results, the bike was fast, reliable and better than it had ever been. This was proven by Brad Binder in just his third race, winning at Brno, stunning absolutely everyone.

Oliveira started the season matching his best result of P8 at Jerez, this was before he was taken out just a week later at the first corner by Brad Binder, a move which Binder apologised for and Oliveira accepted. The Portuguese man then took a 6th place finish at Brno, his best result yet in MotoGP, he was on the move.

Austria, a track Oliveira was strong at rolled around and Oliveira was set to beat his best result once again, this was until he was taken out by Pol Espargaro, yet another KTM ruining his race, the second time in three races.

The tide was about to turn, Oliveira was to get the last laugh, just a week later following a red flag, we witnessed a three-way scrap for the win in the MotoGP race between Jack Miller, Pol Espargaro and Miguel Oliveira, it went down to the very last corner with Espargaro and Miller going wide. With Oliveira hot on their tail, he was able to take advantage of this and glide past the pair of them, taking the chequered flag in dramatic fashion, winning his first MotoGP race, the first Portuguese rider to win a Moto3, Moto2 and now MotoGP race. The race to the line in Styria

Oliveira has had a come up to the top like no other, from a country which does not recognise motorcycle racing the same way his Spanish neighbours do, he has had to work for it and it has finally paid off. 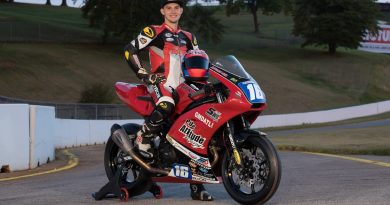 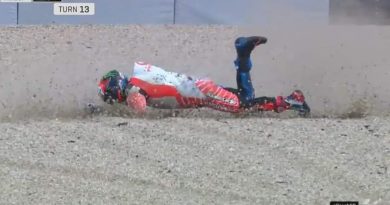 UPDATED MotoGP Brno: Bagnaia ruled out of Brno AND Austria 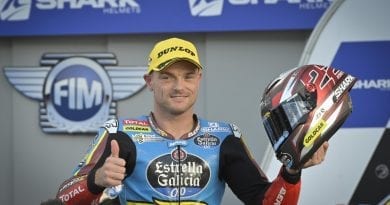