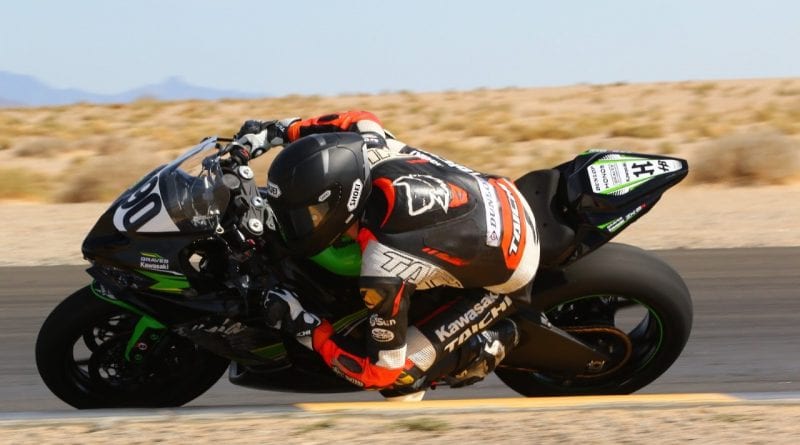 We spoke to rising star Liam Grant about his career and future aspirations.

The love of two-wheel racing was ingrained in Liam Grant from an early age. Having parents that are passionate fans of MotoGP certainly helped along the way. We caught up with Liam to talk about his career to this point as he prepares for his first season racing in the MotoAmerica SuperSport series after moving up from the Junior Cup.

The first bike I raced on was also the NSR 50.

My first race was at IMI Motorsports Complex in Dacono, Colorado.

What was it about racing that appealed to you?

My parents had been fans of MotoGP since I was young, and I remember watching the races thinking it was practically the coolest thing ever. Once I started riding, I was hooked by not only how much fun it was to run laps, but also the technical side of it. I grew up playing Hockey which is obviously a very aggressive sport, but also have a very calm and analytical personality. Racing is the perfect combination of both these elements and was an instant match for me.

What series did you race in over the past few years before MotoAmerica?

I raced an R3 and Ninja 400 in the USBA in Utah and MRA in Colorado.

List your accomplishments in those series (podiums, winner, etc.)

I won several championships in the USBA and got several wins and podiums across both series.

Which class will you be competing in for 2021?

I will be racing Supersport in the MotoAmerica series.

What bike will you be riding this year?

I will be riding a Graves built Kawasaki ZX-6R.

My provisional goals, for now, are to be consistently in the top 10. There are a few other riders moving up to Supersport with me from the Sportbike Track Gear Junior Cup, so I will be able to gauge my progress and results against theirs and see where I am relative to them. I’ll be able to reassess where my goals should be after the first round at Road Atlanta, but I’m very optimistic for the season!

Biggest challenges for this upcoming season?

The biggest challenge by far will be adapting to the 600. It is a massive jump up from the 400 and is a completely different riding style. But I have been training very hard over the offseason and have gotten a lot of seat time on the bike giving me a lot of confidence. I have a great team behind me and with support from Graves the season is shaping up to be very good!

What are your ultimate goals in the sport? MotoGP? WSBK?

Same as every other young racer my dream is to go on to win a MotoGP championship. With Gerloff, Roberts and Beaubier paving the way for younger American riders such as myself to have a chance to race over in Europe, I think the outlook for American riders is much brighter now than it has been for the past 15 or so years.

I looked up to both Rossi and Marc Marquez growing up. Earlier on I was definitely more of a Rossi fan, but Marc’s crazy riding style and “win or die trying” mentality is not only fun to watch, but also very inspiring. Nicky Hayden was also a massive inspiration to me and to this day still inspires me in my racing.

The biggest influence on your career?

Both my dad and my rider coach Ken Hill have 100% gotten me to where I am today. When I first got into racing my dad always made sure that I was having fun while also pushing me to continue improving, and still does to this day. He also recognised that I would need a good rider coach to continue improving which is where I started working with Ken Hill. All my technique and riding style comes from his coaching, and he has been a massive help in improving all aspects of my riding.

Any advice for young riders wanting to get into racing?

Make sure to keep having fun! This sport is obviously really dangerous and if you’re not enjoying yourself, not only are you not going to improve, but you’re also going to be putting yourself in danger for no reason. Make sure you’re the one pushing yourself to keep riding and improving, and that it’s something you truly want to pursue! 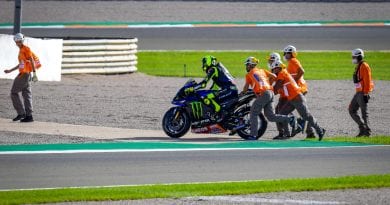 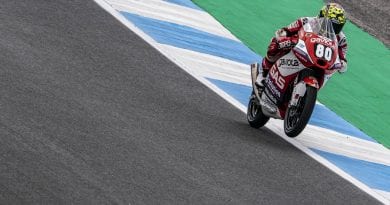 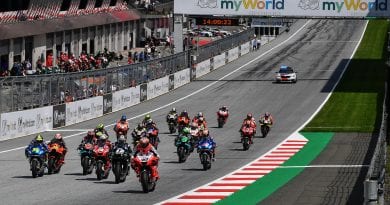