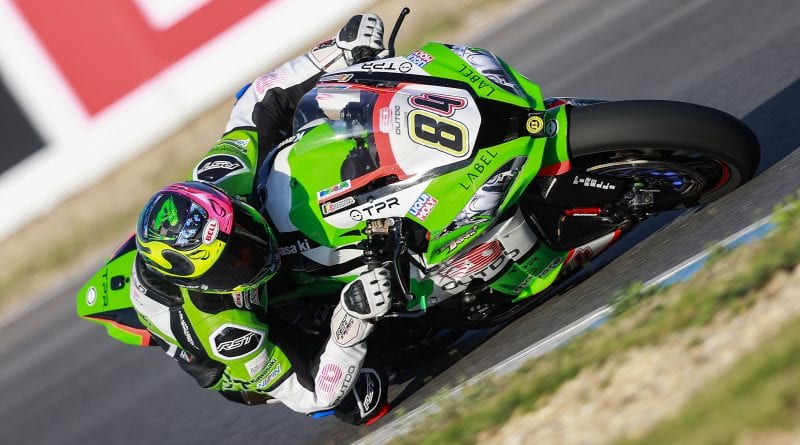 Loris Cresson is a 22-year-old Belgian rider who will race full time in the World Superbikes category in 2021 aboard the new Kawasaki ZX10-RR against the likes of Jonathan Rea and Scott Redding.

You are moving to the Superbike class from the Supersport class this year, what are your expectations this year in WorldSBK following your debut in the class last year?

It’s a bit difficult to say; it’s a big change from Supersport to Superbikes so I think our biggest goal would be to gain a lot of experience and learn as much as we can. We signed a 2 year contract so we are going to use the first year to gain as much experience as possible and understand the bike, the category and the championship.

Of course, the target is always to be the best but I need to get my feet on the ground, if I can score points in the races it will be a good start, I am still young so I don’t have the experience of other rookies like Mahias and Vinales who are also rookies with much more experience of the 1000cc motorbikes.

The main goal is to learn, to take every race like a new step and scoring points during the races would be good.

Given you are one of the youngest riders on the grid in the Superbike class this year, do you feel any pressure to perform knowing there are riders with much more experience? If so, how are you managing this?

I don’t know if it’s pressure but it’s always difficult when you arrive into a category and are one of the youngest, I think that with [Axel] Bassani we are the youngest riders. We are the two riders with a difference compared to the other riders so there’s a bit of pressure when you have less experience but I think it is good to arrive in the class this young, we have time to understand and learn everything compared to other riders who arrive in the class at 28 or 29 years old.

When you arrive at this age [28/29] I think you feel pressure that you need to do it in the first year otherwise the time is gone. It’s not really a pressure as I have time to understand and make mistakes. 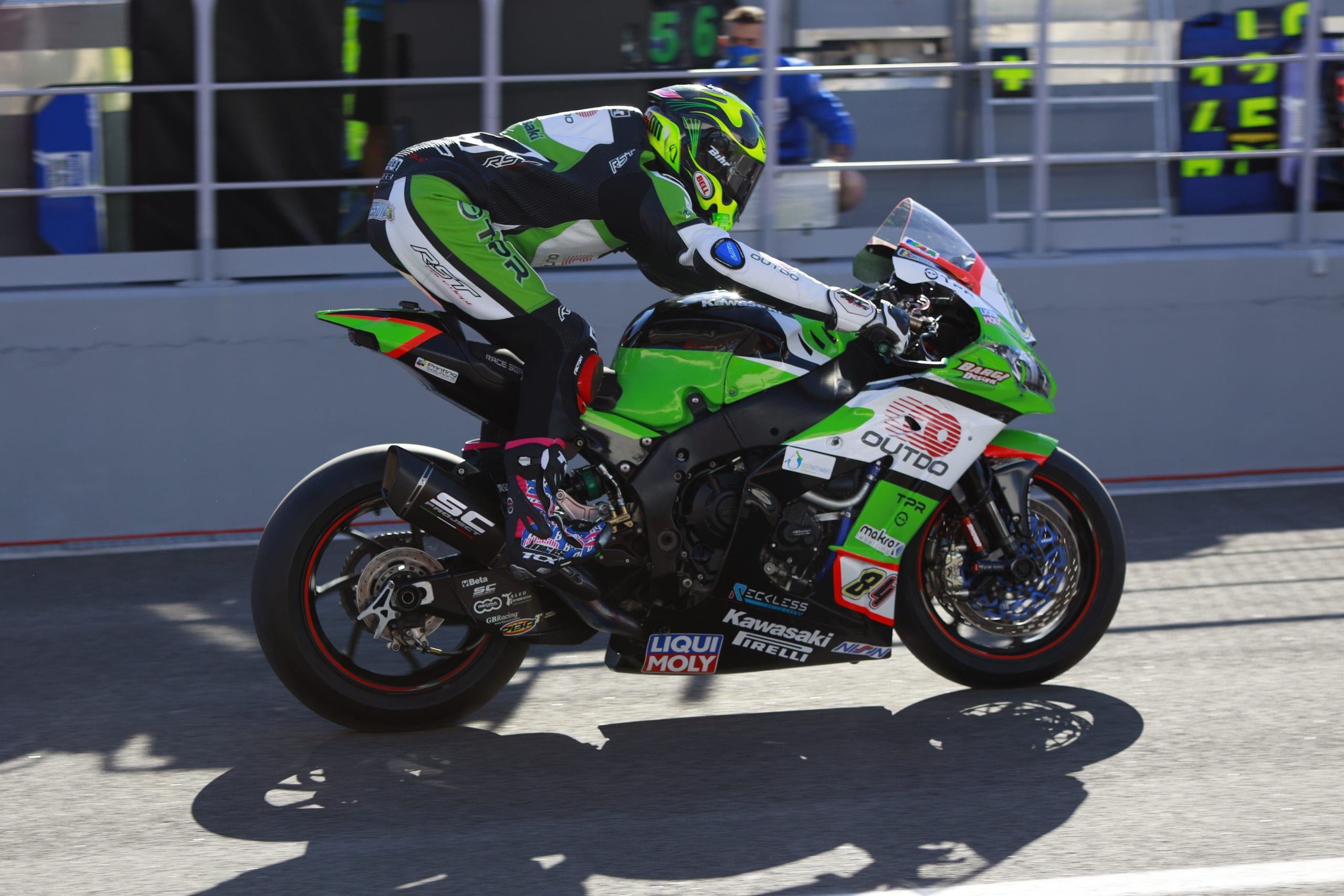 You raced Moto3 bikes until your move to the Supersport machines in 2016, describe this transition, was it an easy one for you to make?

It was difficult because I already had an impression of the Supersport bike, for me it was a big bike, I was used to riding prototype bikes so to ride a road bike like in World Supersport was something different for me but in the end, I really enjoyed the class.

The first laps I did with the 600 were really nice and a lot of fun compared to my last year in Moto3 in 2015, it was not really the most fun year of my career, it was not the best bike and we had a lot of problems with the team so when I jumped on the 600 it was a really enjoyable moment.

2020 was a tough season for you with COVID being a major reason behind your struggles, are there any positives from the season which you are using as motivation in 2021?

Yes, the positives were that even though we had a lot of problems with the team and the people we were working with and even if the bike wasn’t the best, I still improved my lap times on some tracks and scored some points, this is the most positive point I can take from last year.

Despite the conditions being very hard I was able to improve myself and my riding style and how I approached races. 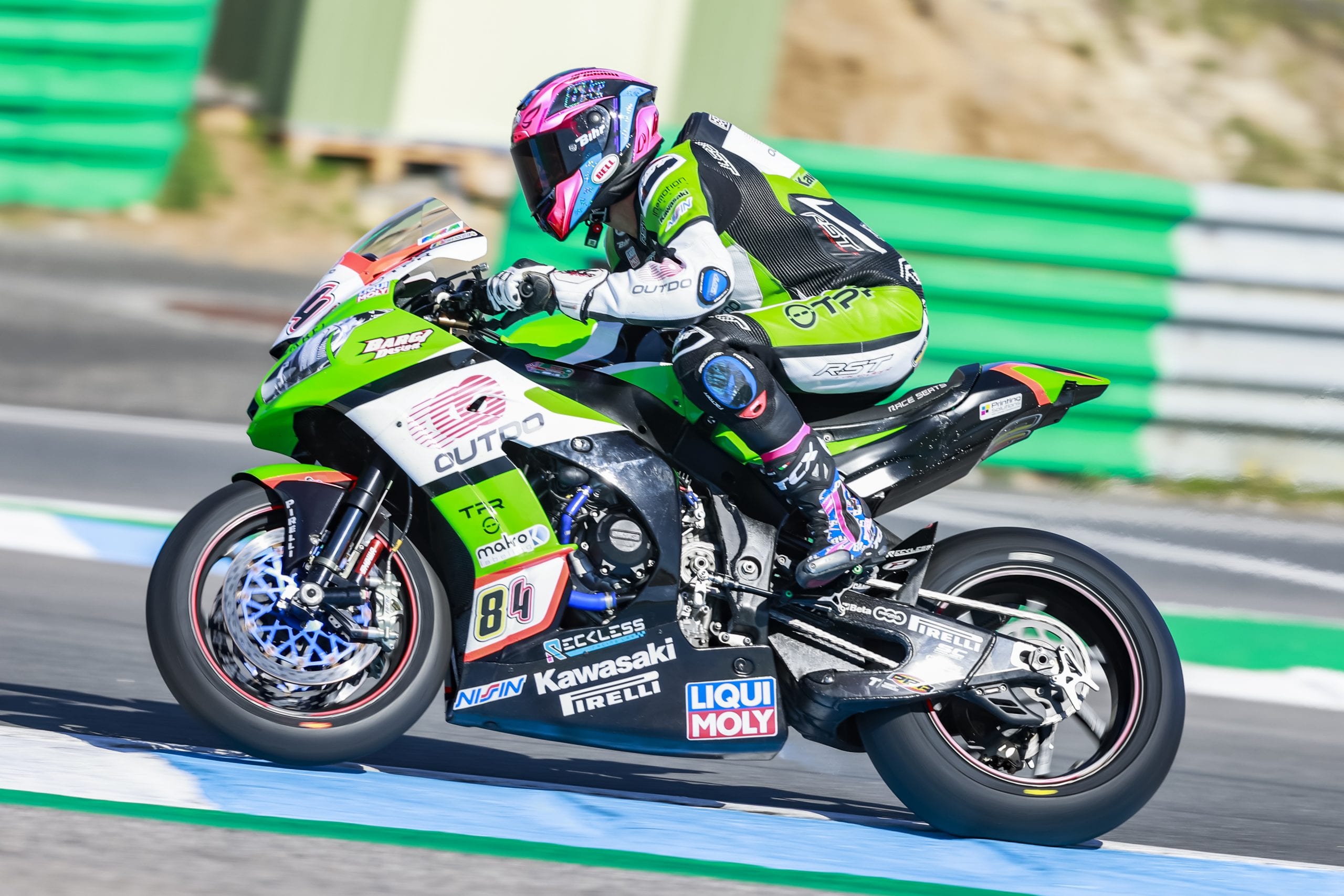 How did the Pedercini opportunity to race for them in the tail end of last season come about given you were already racing in Supersport at the time?

The fact that I was racing in Supersport at the time really helped, unfortunately, Sandro Cortese my old teammate got injured in Portimao so the team was looking every race for a new rider to replace him.

Michael, my media manager, and my RPM84 management team did a great job and spoke directly to Lucio for this and I think at Magny-Cours Lucio asked us to go to the box to see how we can do everything.

For me I was looking for a superbike seat since 2019 from when I did the 24 hours in Bol d’Or, I really enjoyed the 1000 so I told myself I can go to the Superbike class because I really like the category, then this opportunity came and we raced at Estoril for the team and the feeling was really good with the team and the bike. The work we did together and how I worked plus the position we finished in was not so bad [Race 1 P18, Race 2 P20, Race 3 P19] so we continued discussions with them and did 3 more tests with them to see how everything is, then we made the decision to make the big step and join the Superbike class.

David Salom is a major part of the Pedercini team, are you excited to be working with such an experienced rider?

Yes for sure, with David we have a good relationship, last year he was the team coach and this year he’s the team manager and also the coach so it’s really good to have someone like him in the team. He has experience with the modern Superbike and he is also really friendly and knows how to explain something to a rider when we don’t understand something.

Sometimes people can be really good but don’t have the words or the feelings to explain, but with David it’s really nice with his experience and everything he has achieved in his life because he has a really good way of explaining things. So yes I am really excited to work with him and to see how we can work during the season. 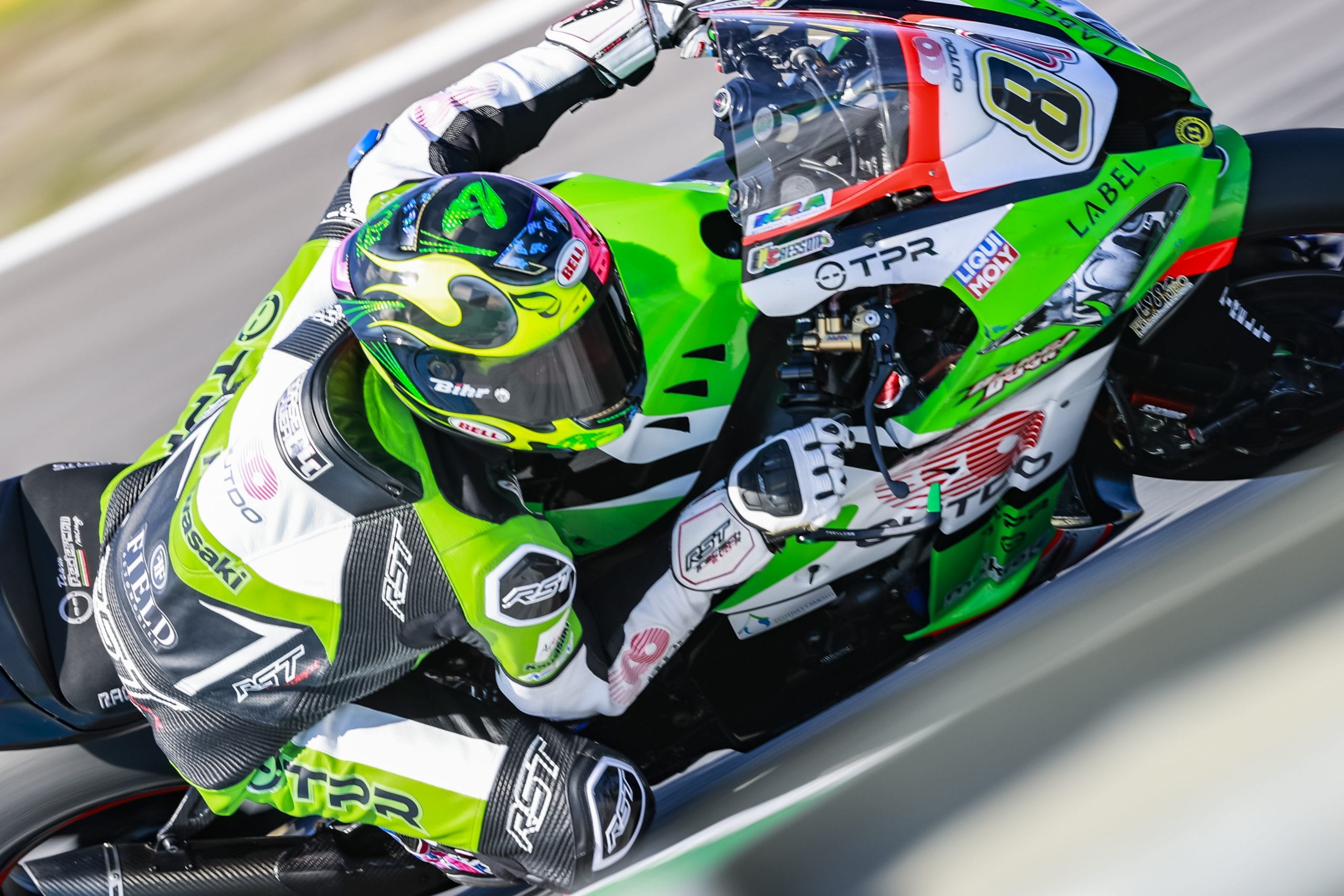 You and your teammate Samuele Cavalieri will both be rookies to the class this year, are you using this as motivation to beat him or do you think you will work together and push each other to improve?

I think in our first year we can learn from one another, we will not really be competing against each other, of course you always want to beat your teammate but I think Lucio and David will handle this, we are a team and we will work together to bring us both and the team to the front of the grid.

Looking at your social media you are a keen motocross rider, what else do you do to train alongside this?

I also do go-karting, my sister’s boyfriend helped me with this, I have my own kart and we try to go to the track as much as possible on the karts as it is good practice for me on the braking side and also on the racing line as you need to be really precise with karting and the steering wheel.

On the mechanical side, these are the two things I do [MX and Karting] I try to also use my training bike as much as I can but it is not always easy, even more now with the travel regulations. I do a lot of body workouts because it is a big change between the Supersport and the Superbike so I need to gain some weight, I try but it is not easy.

I do lots of training at home or with my coach. 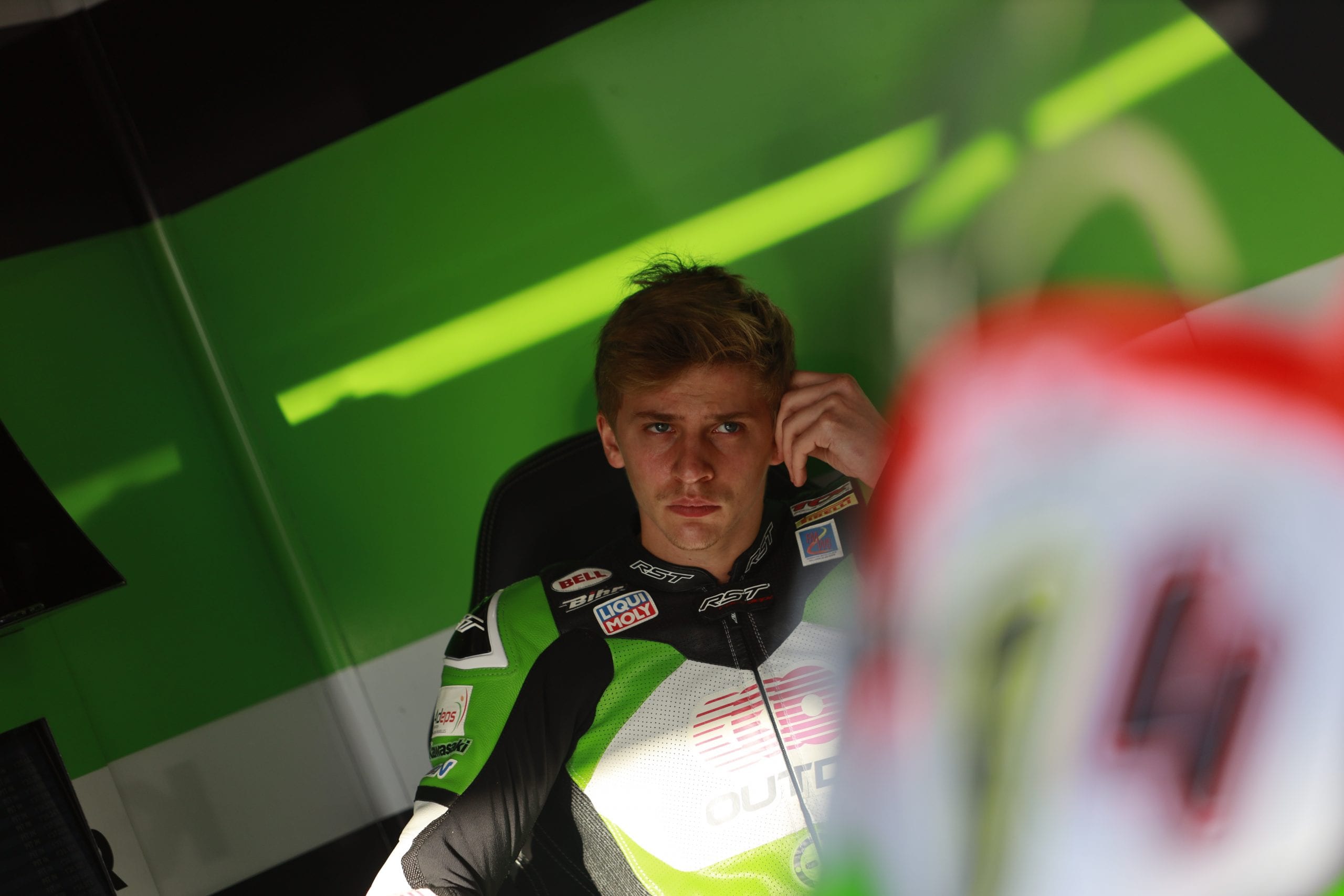 How has your training regime changed since moving from Supersport’s to Superbike machines?

I train a lot to gain a lot of strength and muscle because in the Supersport class it is a bit like Moto3, if you are light and not so big it’s good as you will gain extra speed and it’s ok, the bike is not too hard to handle.

When I first rode the Superbike I knew I had to change a lot because the bike it not much heavier but there is more power and is completely different so I will try to gain maybe 6 or 7 kilos during the winter and then turn this weight into muscle so yes, I am training hard but I am trying to do it the best I can.

Kawasaki have revealed their new ZX-10RR which has added winglets into the fairings and a new front end for downforce, what do you expect from this new bike?

It is difficult to say, I do not know the old one too well and I have not tried the new one yet but what Jonathan [Rea] and Alex [Lowes] have said is that the bike is more stable in corner exits with the new front and the winglet.

We have much more downforce but sometimes the bike is a bit different to handle in a fast corner and the new fairing pushes the front down so I don’t know, it’s hard to say because I don’t know the old one and I haven’t tested the new one but if it can help us with braking to be more precise it will be good for sure.

What they have changed electronically and with the swingarm will be good for the Kawasaki, even if the bike is already good but not the easiest to ride, this will make it much better and easier to ride. 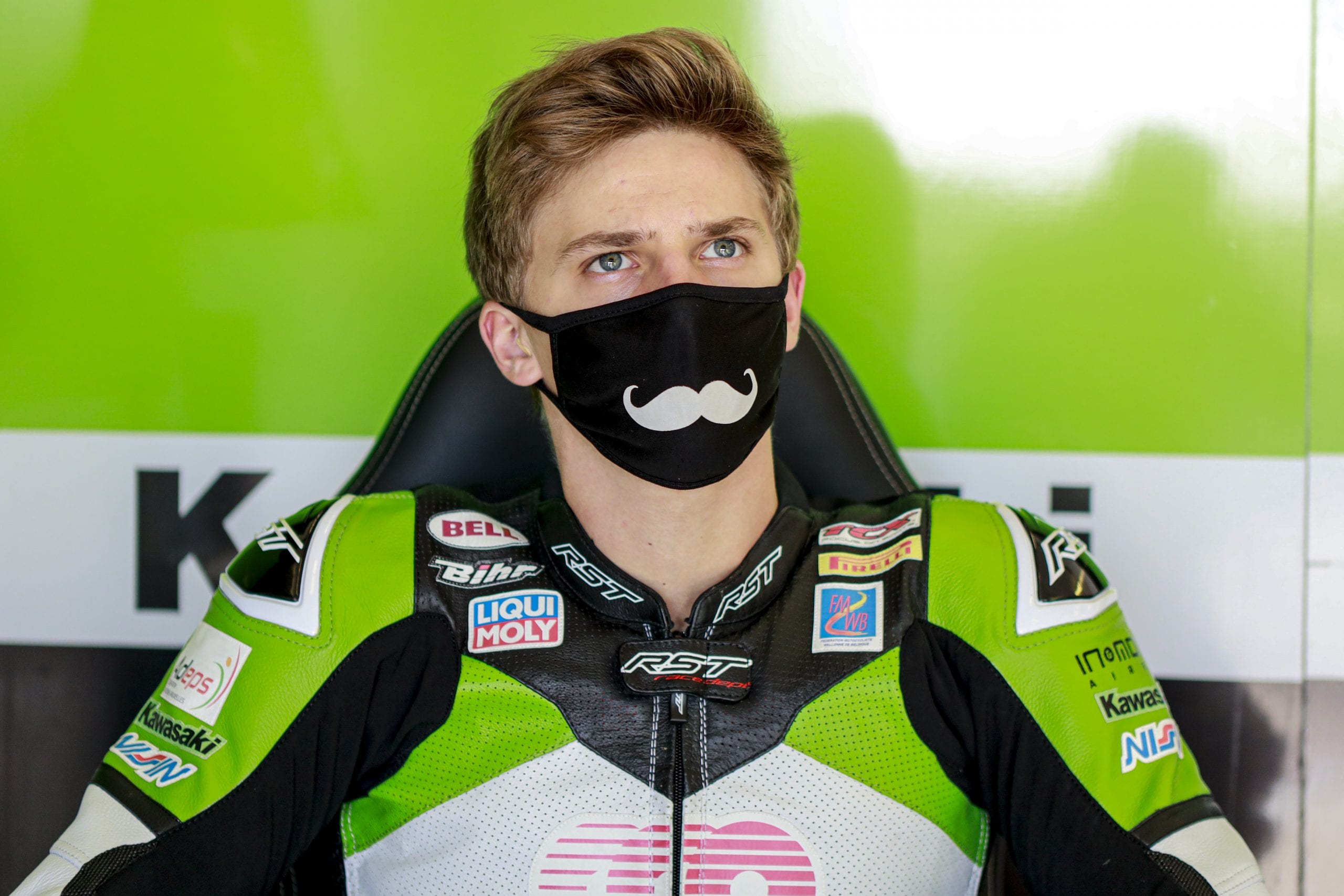 We have to ask, what’s the reason behind the moustache on your face mask?

[Laughing] Good question, normally it is not anything special but in the end a lot of people find it nice, I am not a guy with a big beard or moustache so in the end it became a joke that it is the only big one I can grow so I kept it and it has stayed.

Last but not least, to you, what would make this season a successful year for you?

I would say being the rookie of the year but it is almost impossible because with Tito Rabat arriving to the championship, Jonas Folger coming in also, [Lucas] Mahias, all these guys, it is not possible but I will say that if I am closer to the front, gain lots of experience and score points in nearly every race and most of all if I enjoy a lot in the first year it will be a successful season.

If the team is happy, the sponsors and the family is happy and I am happy, for me, this will be the dream year if everybody gives their all and are happy and we make a big step coming closer to the front for me it’s the best I can ask for this first season, also if we can have a full season with all the races with fans then this will be better for sure.

EMR –  Thank you very much for speaking to us.

LC – Not a problem, thank you. 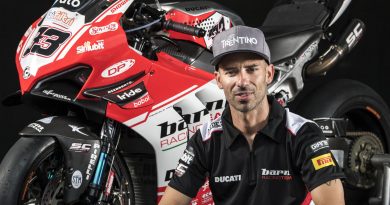 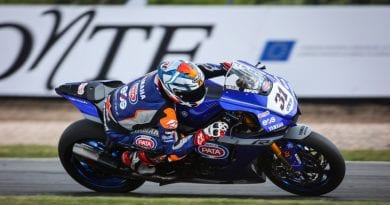 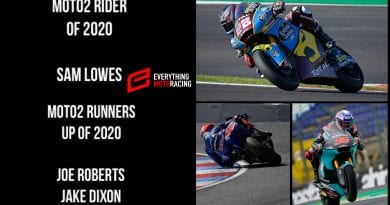 Moto2: Riders of the year