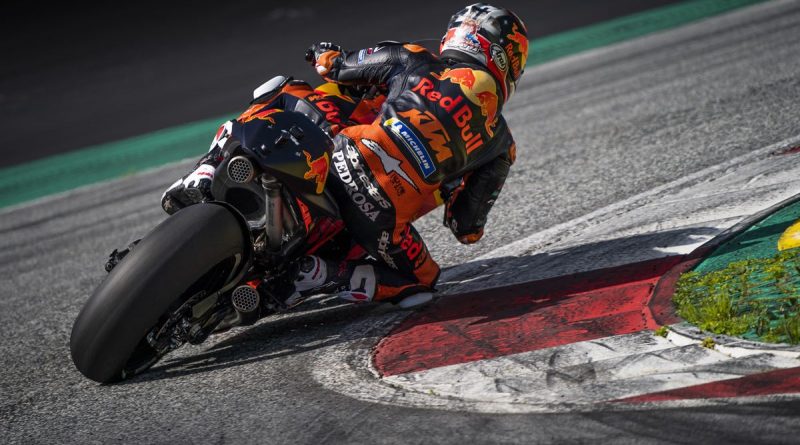 In October 2018, Dani Pedrosa signed a 2-year deal to be the official test rider for KTM, a move which would cause a domino effect resulting in their first, second and third MotoGP class wins.

Dani Pedrosa is a MotoGP legend, the Spaniard spent his entire career between 2001 and 2018 riding for Honda, the 3 x World Champion has 31 premier class race wins to his name and 112 podiums and is arguably the best rider to never win a title in MotoGP.

So it was a surprise when Honda did not sign Pedrosa as a test rider, his knowledge of the bike and racing is unparalleled and Pedrosa helped build the Honda RC213V to be a multiple world championship-winning machine. This is where KTM stepped in, at the time they were in their second MotoGP season and were yet to score a top 5 finish, this was changed by the end of the season with Espargaro taking P3 at Valencia.

KTM were missing that spark to make the difference and bring them to the front, they hoped Pedrosa’s knowledge and experience was what they needed, Pedrosa had a big job on his hands. 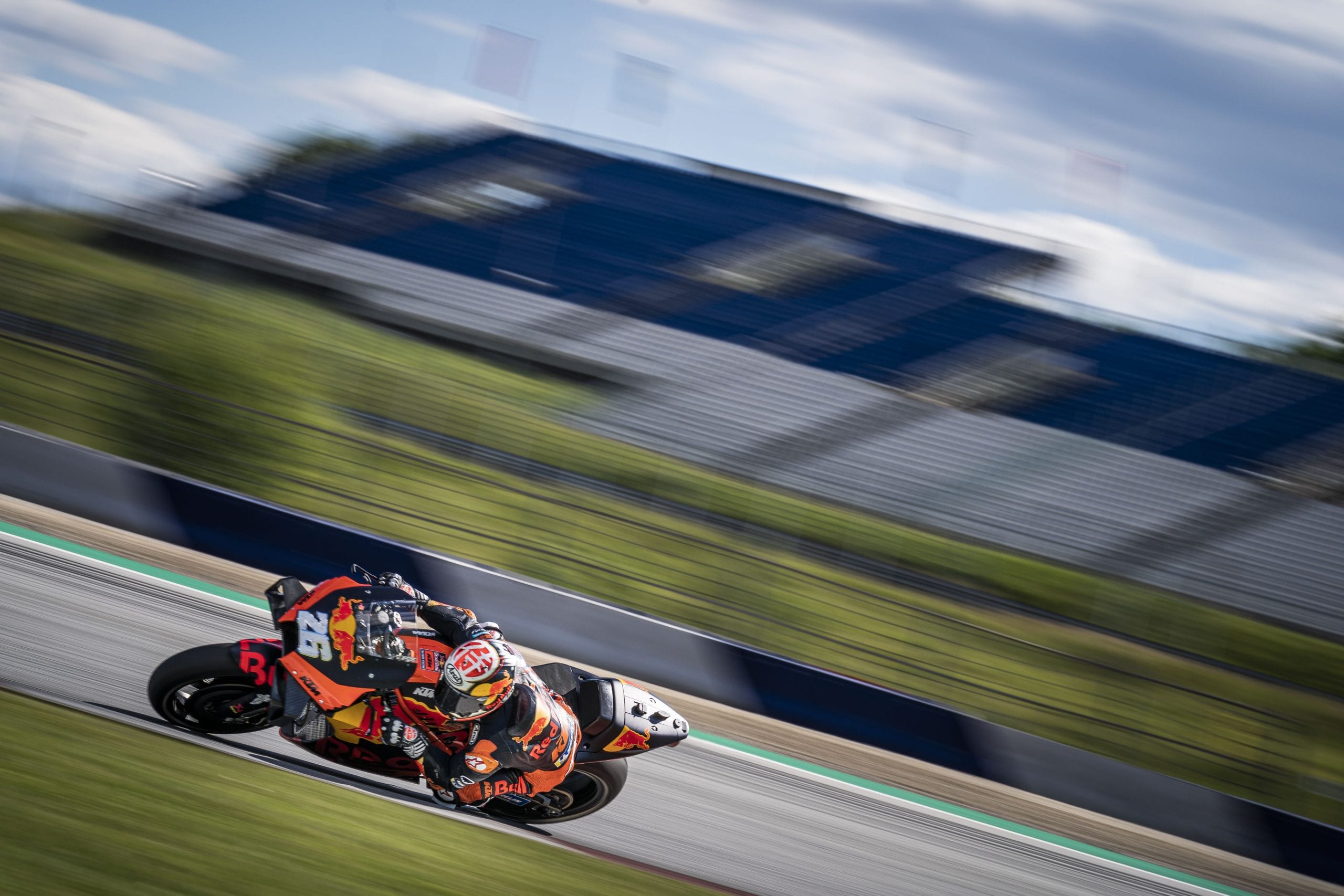 Upon signing Pedrosa, KTM Motorsports Director Pit Beirer said: “To have a rider of Dani’s skill and experience as part of our MotoGP project is another strong sign that we are moving in the right direction and we are still pushing as hard as we can. We have seen how competitive MotoGP™ is this year and how fractions of a second can sometimes hide real progress and valuable lessons. We hope – and we are very excited – that Dani’s input alongside Mika Kallio and feeding into the two teams we’ll have on the grid next year will really help to close the gap even further.

I think we can feel very optimistic about our possibilities for the upcoming seasons. I’d like to thank the whole crew at the factory, all the strong effort at the races and for all those testing miles as we come close to the end of our second year. Also to Dani: it is great that he believes and trusts in us and what we are doing.”

In the beginning, KTM were interested in wildcards for Pedrosa with Dani not holding this same interest, the Spaniard wanted to put everything into testing and not to think about racing.

Instantly Dani made an impression and impressed many people including lead rider Pol Espargaro who commented on Pedrosa positively, likely growing up watching Pedrosa race throughout the years. Pol felt that Dani was incredibly serious about the project stating “You cannot believe how seriously he’s taking this project. He went into the factory to put everyone straight, he’s doing everything with a lot of effort.”

Espargaro also noted that Pedrosa is a perfectionist; when something is not going right Pedrosa is noted to get a little angry as it is not up to the world champions high standards. The thing with Dani is that he is incredibly precise, he wants things to work correctly to ensure that he has the maximum feeling on the bike. This stems majorly from Pedrosa’s height (5″2) and weight which have always been a disadvantage to him in MotoGP due to the fact that he does not have the same weight to be able to ride the bike the way other riders would using their body and strength more to manipulate the bike into doing as they ask, this never stopped Dani though given his MotoGP class record. 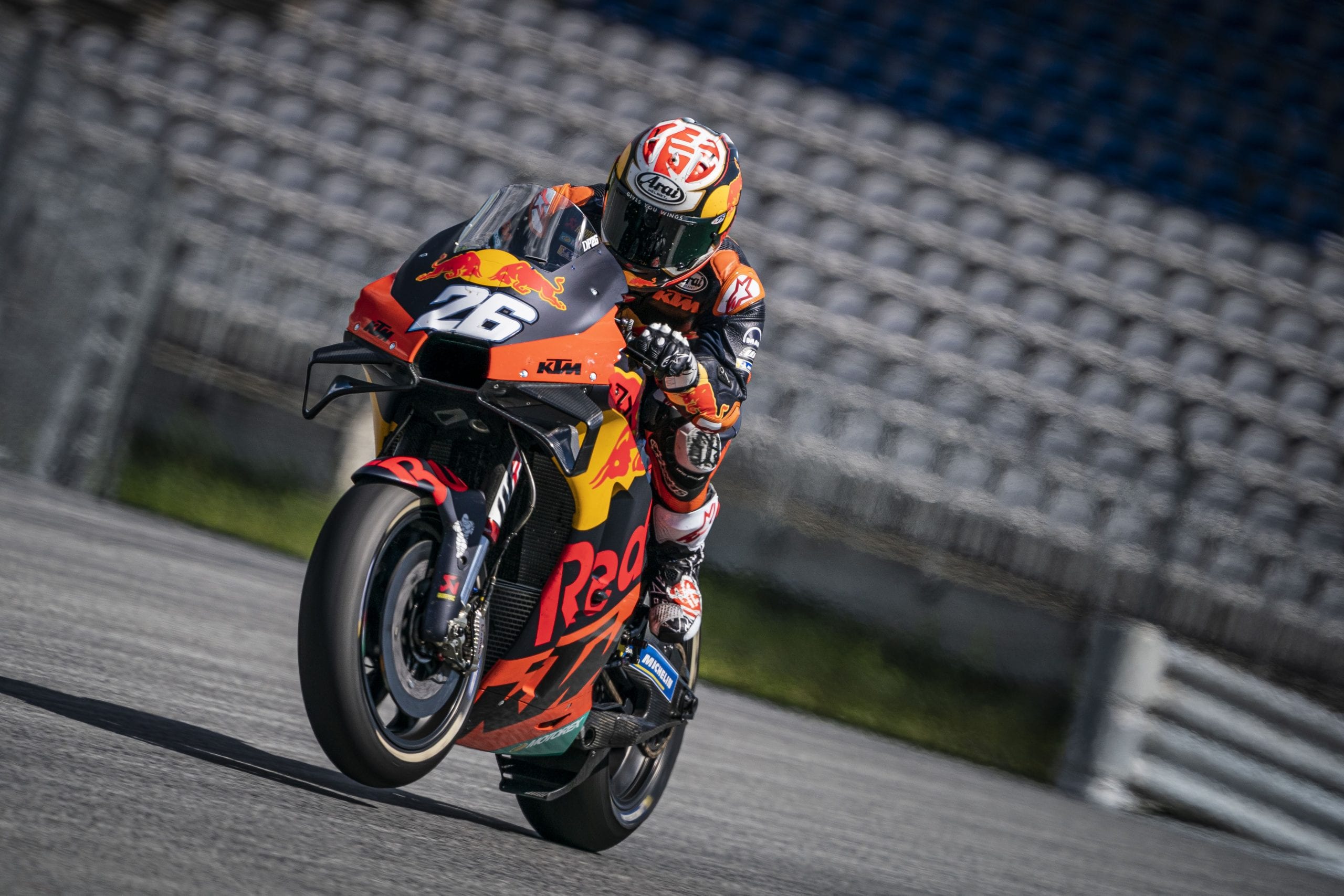 This is majorly helpful for KTM, Pedrosa has come to expect a standard and to expect to be able to feel something or for the bike to work in a particular way, therefore when it is not, things need to change. This has helped KTM take huge strides over the last two years, even class rookie Brad Binder said, “Everything that he [Pedrosa] brings pretty much seems to work better and be an improvement for all us.”

The experience and knowledge which Pedrosa is able to bring to the table has been gold dust for the Austrian factory who have only benefitted from Pedrosa’s input, he has surpassed all expectations and put his heart and soul into the project with Beirer stating, “What he is doing for us as a test rider at the moment is so much better than I was thinking, or hoping, that he will be a key person in our project for the future.”

It is clear as day that KTM feel that Pedrosa is vital to their success, the work he has put in overtime really has shown with the 2020 bike being built upon the feedback from Pedrosa. 2020 was KTM’s strongest season ever in the premier class, battling consistently in the top 5 and taking 8 podiums and three wins.

At Brno to the surprise of many, rookie Brad Binder pulled off an incredible race win, KTM’s first in the class. This was met with pure emotion from everyone in the factory, this proves that what Pedrosa is doing is working, he has put in countless laps and hours on track to bring this bike to the front and this is only the beginning.

Miguel Oliveira was also able to expand on this achievement in the satellite Tech3 team, taking wins in the Styrian Grand Prix and in the season finale at Portimao. The fact that three different riders on KTM machinery were able to take podiums and 2 different riders in both the factory and satellite teams were also able to win shows a true testament to KTM’s work and the fact that they were able to successfully build a rider-friendly bike which allows more than just one rider to succeed on their machine. 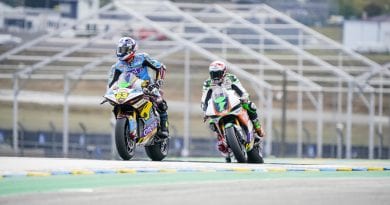 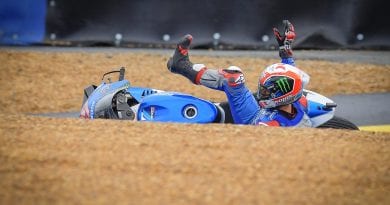