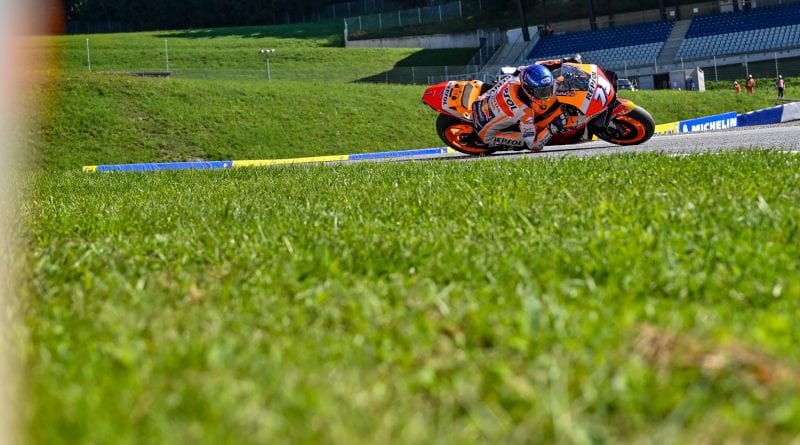 Alex Marquez is the 2019 Moto2 World Champion and rides for the Repsol Honda team with his now injured brother Marc Marquez.

When Jorge Lorenzo announced his retirement at the end of the 2019 MotoGP season, Repsol Honda surprised many by announcing that the Moto2 world champion and brother of current world champion Marc Marquez, Alex, would be filling the factory seat vacated by Lorenzo. However, since the beginning of the 2020 season, Alex Marquez’s performance have, by expectations, been less than stellar. Here, we look at whether the younger half of the Marquez duo is struggling under the weighted pressure of expectation that comes with the factory Repsol Honda seat.

Repsol Honda surprised many within the MotoGP world by announcing the addition of the Moto2 world champion to the factory fold at the expense of more seasoned veterans of the premier class. Of course, this was most likely highly influenced by brother Marc, current six-time world champion in the premier class. Marc and Alex are extremely close and were regularly seen on the sidelines during each other’s races cheering each other on. When considering this, Alex was the natural figure to ascend to the role of Marc’s teammate.

There are, however, several problems with such a rapid ascendancy to not just the premier class, but to the Repsol Honda seat itself. Firstly, Alex did not enjoy a convincing Moto2 championship-winning season. Granted, he came back strong to win 5 of the last 6 races of the season, but he endured a very average start to the season, where 3 of the 4 opening races were won by Lorenzo Baldassarri.

In addition to this, it’s important to note that Alex himself actually wanted to stay in Moto2 for another season prior to being announced by Repsol Honda for the factory seat. He was quoted as saying, “I will be able to continue for one more year to improve as a rider, raise my riding level and prepare myself to fulfil my dream of making the leap to MotoGP.”

An interesting question then is raised as to whether Alex was rushed into the factory seat when he felt he maybe wasn’t ready to. The timing of Jorge Lorenzo announcing his retirement on the eve of the final race of the season, when nearly everybody already had contracts sewn up certainly would justify this theory and would justify Honda feeling rushed to identify their new rider to partner with Marc. Given how well they obviously knew each other, this was arguably used by Alex to justify making the leap to the premier class a year before he himself felt he was ready.

Now then, next comes the question of whether Alex is struggling under the pressure and the expectation of being a Honda factory rider, as well as the extra added pressure of being the younger brother of the dominant world champion. It is clear that the answer to this question is an emphatic yes. The fact that he was announced in the way that he was led to scepticism that Alex’s appointment to the factory squad was simply one of nepotism, at the personal behest of the world champion. Naturally, this cloud over such a huge achievement could not have left Alex feeling great to begin with.

Next, and certainly not to forget, he was demoted to the LCR satellite squad for Pol Espargaro despite not racing for the team yet. This certainly could not have aided Alex’s confidence in any reasonable way. Finally, and arguably most importantly, the RC213V is a notorious beast to tame, with Alex’s brother Marc being the sole person to holding the key to (mostly) successfully taming it. Unfortunately for Alex, the RC213V is certainly not the easiest introduction to the premier class, and so it has proved for him this season. His best result so far has been 8th place in a race where the majority of the riders suffered a DNF. Clearly then, Alex is having a difficult time in transitioning to the premier class.

In conclusion, is Alex Marquez suffering under the weight of expectation at Repsol Honda? Absolutely, yes. Is he suffering under the additional weighted expectation of being Marc Marquez’ brother? Most definitely. Usually, a lot of slack and reasonableness is afforded to the MotoGP rookie, but Alex Marquez is no ordinary MotoGP rookie; he has been thrust immediately into the spotlight, piloting the most devilishly difficult bike to ride alongside the most dominant MotoGP champion of the last decade, who just so happens to ride that very same bike, and who, for added measure, just so happens to be his older brother. Alex Marquez will undoubtedly come good eventually, but for now, he must feel absolutely smothered. 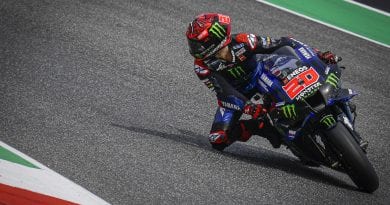 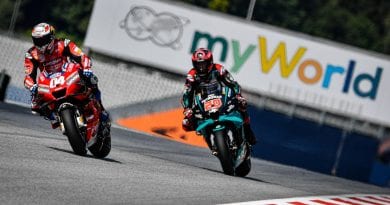