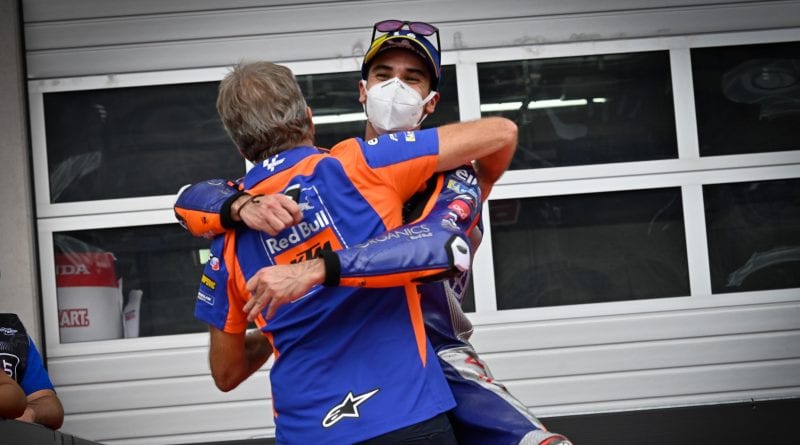 In the year 2001, the Gauloises Yamaha Tech3 made it’s debut in MotoGP with Olivier Jacque and Shinya Nakano who moved from the 250cc championship, Olivier Jacque as 250cc champion with the Tech3 team. The team wanted to race against the greatest riders in the world with one objective, winning. The team began a relationship with Yamaha which would stretch from 2001-2018 before the team moved to KTM machinery.

Over these 17 years with Yamaha, the team would accumulate 31 podiums with Shinya Nakano, Alex Barros, Marco Melandri, Colin Edwards, Ben Spies, Andrea Dovizioso, Cal Crutchlow, Bradley Smith, Johann Zarco and Jonas Folger but would never win a race, various riders were incredibly close including Frenchman Johann Zarco which would have been a dream win for the French team.

For 2019 the team would move to KTM machinery, a move met with a lot of confusion given that KTM were not majorly competitive, people said that Tech3 would never win a race with KTM, but this was a challenge for Herve and the squad which they accepted.

Following their win Herve said, “I had a lot of professionals that always know more than anyone else telling me it was the worst thing I had ever done [moving from Yamaha to KTM machinery[, that KTM was never going to be in a position to win. I like challenges, and for me, this challenge was one I wanted to take before leaving the paddock, and you cannot believe how hard everybody’s been working. The people in the factory have been extremely motivated, but to see this never give up attitude and involvement had been great and helps push you even further.”

Styria was a crazy race, there was so much action and you would never have been able to predict the winner, the Moto3 race was chaotic as always and the Tech3 Moto3 riders of Deniz Oncu and Ayumu Sasaki crashed into each other, leaving Herve feeling quite helpless saying, “I said this morning in Moto3 when our two riders collided when they were fighting for the podium I was done, so done and I said this is time for me to retire and to stop this job.”

However, with racing your mood can go from happy to sad or sad to happy in a flash. Following a red flag, Pol Espargaro, Jack Miller and Miguel Oliveira were entangled in a battle which went down to the last corner, this saw Miller make a move for the win, just for him and Espargaro to go wide, opening up a gap for the waiting Oliveira to blast past them and take his first MotoGP win and the first for the Tech3 KTM squad.

As expected, the Tech3 pit box exploded into a celebration for the day they never thought would come, Herve Poncharal even said that he was debating retiring from the sport following the Moto3 crash.

“I feel in heaven, This is probably the happiest moment in my life, as I said before this is something I have fought for over the years I have been in this business, and I didn’t think a MotoGP win would ever happen to us. We won in 250cc, we won in Moto2 we’ve won in other classes but MotoGP I thought we’d never do it. Now today has turned out to be one of the best of my life, only racing can give you this emotion downs and also unbelievable highs.” Said Poncharal following the win.

He then gave thanks to KTM and Dani Pedrosa who have been instrumental in the development of the bike, turning it into a race winner, “We have improved dramatically compared to last year thanks to the four riders, also because of Dani Pedrosa who has done an incredible job, now the championship is even more exciting because now nearly every manufacturer in MotoGP has the chance to win, so I am more than happy.”

Miguel Oliveira’s win was the first for Tech3 but also the first for a Portuguese rider in the MotoGP category, making history for the team and country. 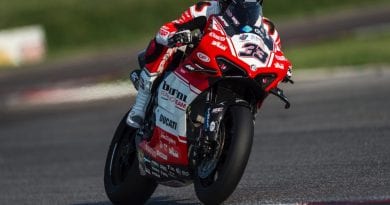 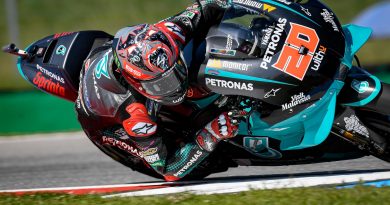 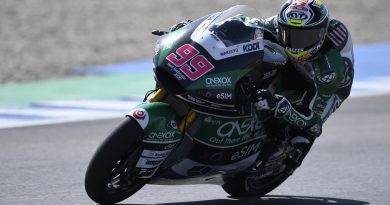