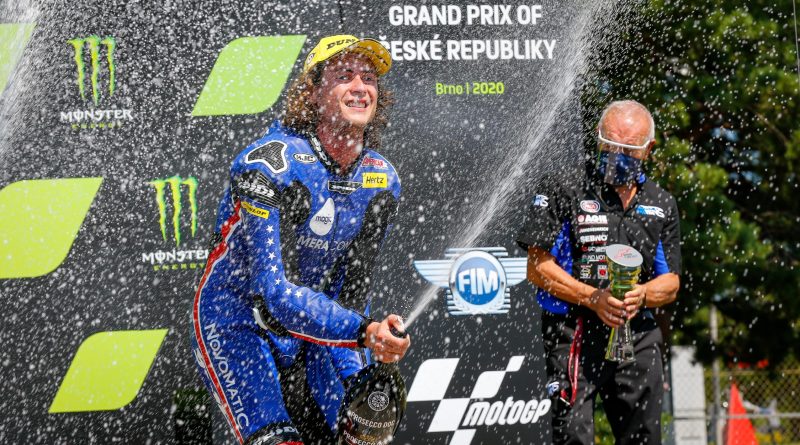 Joe Roberts’ podium at Brno marked a special day in MotoGP history, finally, an American rider stood on the podium after a long wait.

The late 1980’s and 1990’s were dominated by American riders, names like Kenny Roberts, Eddie Lawson, Freddie Spencer, Wayne Rainey and Kevin Schwantz stand out as being some of the most influential American racers in MotoGP history taking back to back world championships for the USA.

Since then, American motorcycle racers have slowly but surely disappeared in MotoGP, reaching a point where we had no American’s in any of the classes. Two of the most prolific American riders in the last two decades have been Nicky Hayden and Ben Spies, both winning world championships and winning races.

Nobody can forget Nicky Hayden winning the 2006 MotoGP World Championship, a phenomenal year for the Kentucky Kid. Ben Spies also cannot be missed, the American won the WSBK title on the Yamaha R1 in his rookie season, an achievement which gained him a Tech3 MotoGP ride, Spies went on to win a MotoGP race at Assen 2011. Slowly but surely the USA is getting back on the map, today we are going to look at five riders to look out for in the future.

First, we have Sean Dylan Kelly, an ex-Red Bull Rookie from Hollywood, Florida who made his debut in the Moto2 World Championship in 2019, fittingly with the American Racing Team, replacing Iker Lecuona at Valencia at 17 years old. Kelly raced in the rookies for 3 seasons between 2016 and 2018 before moving back to the USA to race in MotoAmerica in the Supersport class for the M4 Ecstar Suzuki team at just 16 years old with a 2-year contract. Kelly finished the championship in fourth place overall as a rookie with seven podium finishes and a double win at Pittsburgh and is battling fiercely this year with various riders including our next rider, Brandon Paasch.

We spoke to Sean about the differences between racing in the USA compares with Europe where he raced in the rookies and Moto2, here’s what he had to say, “The difference between racing in the USA (MotoAmerica Supersport) and racing in the Moto2 World Championship is quite huge, mainly being the bikes, tracks, and the competition. The Moto2 bikes are day and night to the GSXR 600 I ride, the chassis is clearly built strictly for road racing so it’s a lot more rigid. Moto2 bikes are also a lot lighter, making the sensation of the power a bit more noticeable, and in general, I would say more fun to ride! In terms of the tracks, pretty much every GP track has perfect asphalt, grippy rumble strips, and are overall very safe.

There’s a lot of variation for the US tracks, some of them (like Laguna Seca) are past GP tracks and are amazing, but others not so much. There are tracks with different asphalt on every corner, bumps, and curbs you don’t wanna touch. I personally think the biggest issue with some tracks here is the safety, with some of them having very little runoff’s and walls really close.” Continued the Suzuki rider.

“Lastly, in terms of competition, it’s really hard to compare anything to the World Championship. In the USA there is great talent in every class fighting for the wins, but in every GP class, every single rider is good, not just the top 5. When I got called for my Valencia debut last year, my goal was to live the dream, learn and enjoy, but in the back of my head, I obviously had no idea where I would be in terms of times. I was just hoping to not be miles away, haha! I was extremely happy to have qualified 1.6 off of pole position. Luckily for me, having been in the Rookies Cup 3 years, the MotoGP paddock felt like home.” Brandon Paasch became the first American rider to race in the Moto3 World Championship at Silverstone 2019 qualifying in P30 and finishing in P29, stating after the race, “that’s probably the hardest race I’ve ever done.” Demonstrating the level of the Moto3 World Championship, however, the position should not be looked at in a negative manner, the experience taught Paasch a lot of things and was enough for the American to win the British Moto3 championship in the British Superbikes series.

Paasch is now racing in the MotoAmerica Supersport series against Dylan Kelly on a Yamaha R6 for the Celtic HSBK Racing team, backed by personal sponsor ‘Fresh n’ Lean’. Paasch has taken multiple third-placed finishes at the time of writing with the aim of betting this in the coming rounds. He was also supposed to ride in the British Moto2 ‘GP2’ championship for 2020, however, COVID-19 has meant that these plans could not proceed. Paasch during his Moto3 World Championship debut at Silverstone

Tyler Scott raced in the Red Bull Rookies Cup in 2019 taking two points-scoring finishes with a best result of eleventh, however, luck was not on his side, at one point in the season he suffered a fast crash due to his brake pads falling out during a CEV race at Estoril. Scott was not invited back to the Rookies Cup for 2020, however, got himself a ride in the European Talent Cup for the Spanish Estrella Galicia 0,0 team, a team with links all the way up to the Moto2 World Championship and currently hold the Moto2 2019 title. Scott is looking to close the gap to the front with help from the 111 rider management program which helps to train American riders over in Spain. Scott at Sachsenring in the 2019 Red Bull Rookies Cup

Max Toth rides in the Italian CIV Moto3 championship for 2020 on a Mahindra MGP30, following up on a ninth overall finish in the CIV PreMoto3 Championship with a podium at Mugello in 2019. Max is aiming for a top 10 finish in the overall standings this year, we spoke to him to find out how he feels about riding in Italy compared to the USA.

“There a lot of smaller differences between the two, you have safer and more professional tracks in Italy, much larger teams with many people working within them, and purely the difference in bikes, but I’d say that the biggest difference is the competition level. This is by far my hardest year of my whole racing career. In Italian Moto3, every single tenth of a second counts, 1 second could mean the difference between fighting for the podium or lingering in the top 10, and I think this is what’s majorly missing from the American racing scene. The mindset and work put into every session are so much for tenths [of a second] in Italy, it takes every single bit of focus and skill to do well there.” Toth aboard his Mahindra Moto3 machine

Rocco Landers is a hugely popular up and coming rider, in 2019 he won the MotoAmerica Liqui Moly Junior Cup title as a rookie, dominating the series taking 14 wins in 17 races, stunning everyone including Wayne Rainey, the win came as a surprise as Landers’ name was not well known at the time, however after winning his first race by 15 seconds, he was on the map.

Landers’ performance was enough for him to be invited into the Red Bull Rookies program for 2020 following a successful Rookies selection process. He will ride amongst some of the most talented riders in Europe with the aim of getting a full time Moto3 ride. The USA is not short of up and coming talent with many more riders than the ones mentioned here looking to make it into the world stage, Joe Roberts is a prime example of how hard work and dedication gets you where you need to be. Riders across America will be looking up to Roberts, looking to follow in his footsteps whilst Joe looks to repeat Nicky Hayden’s achievements.

A huge thank you to Sean Dylan Kelly and Max Toth for their input, follow their Instagram accounts here @seandylankelly @maxtoth27 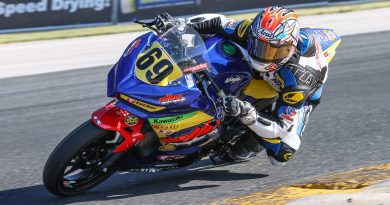 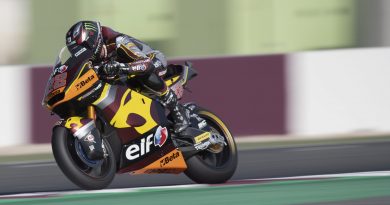 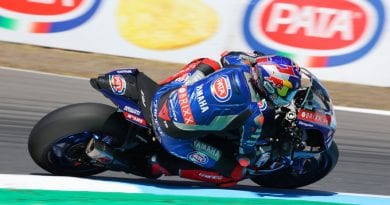