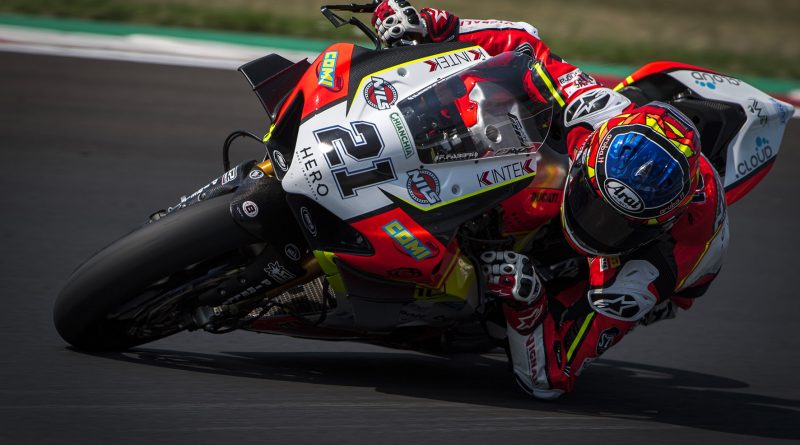 At the start of FP2 everything went according to the wishes of Loris Baz, who started the second practice the same way as he ended the first one in the morning, taking the early lead with the best lap time of 1:40.937, which stayed as a reference for almost 30 minutes of the practice. 20 minutes until the end of practice, Aruba.it Ducati rider Scott Redding took the lead with 1:40.842, before lowering his best lap time to 1:40.628 a few minutes later. Just when it started to look that Ducati factory rider will complete the end the session on the top spot, it turned out that GoEleven Ducati rider Michael Ruben Rinaldi had different ideas and a short, but very fast run in last 5 minutes of the practice on soft tyres was enough to end the session fastest with the best lap time of 1:40.325.

With Rinaldi and Redding first and second for Ducati, it was Honda’s Alvaro Bautista who was another late improver to end the practice in third position, just ahead of the fastest Kawasaki of Jonathan Rea, who ended fourth. The early speed of Loris Baz was not enough for more than fifth position in the end, but higher temperatures and slower lap times meant that the French rider stayed fastest overall, courtesy of his morning lap time, while second Ducati factory rider Chaz Davies rounded up the top 6 and ensured that Ducati had the biggest presence in first six positions. 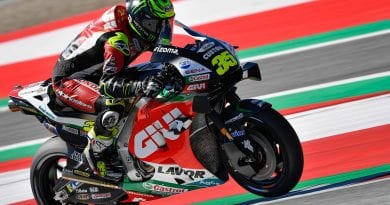 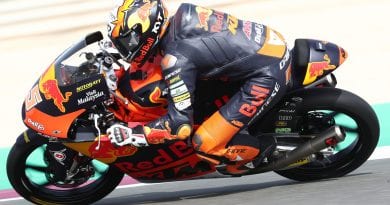 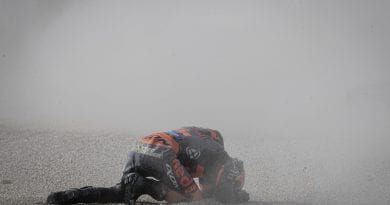