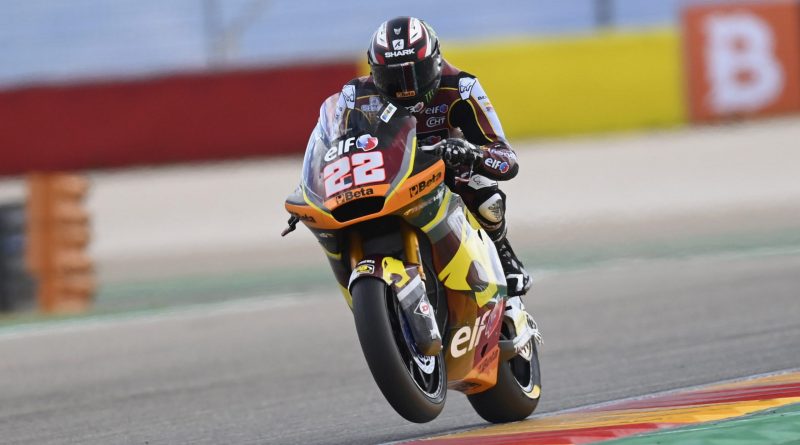 Sam Lowes has blasted his way to pole position today in Aragon.

Sam Lowes was the fastest man today in Moto2’s qualifying session handing himself pole position by a full 0.279 seconds over Remy Gardner, Lowes was able to set his impressive time in only his third lap, following in the footsteps of Moto3 poleman Darryn Binder who set a time worthy of pole very early on before sitting back and relaxing letting the chaos unfold around him before being crowned the poleman.

He is joined on the front row by the Red Bull KTM Ajo boys with Remy Gardner leaving it incredibly late to set his P2 worthy lap time, he was P14 hovering in the lower parts of the grid before firing in a time for P2. The injured Raul Fernandez put on a spectacular show to take third, biting down on his gumshield and taking third place, he is only able to muster up around 5 consecutive strong laps which doesn’t bode well for tomorrow’s race, but as Sam Lowes proved last year, adrenaline is one hell of a drug!

Hector Garzo was the shock surprise today coming from Q1 to take a provisional P2 start, unfortunately he was pushed down to fourth but leading the second row is a grand achievement after finding out he has lost his ride to Jorge Navarro for 2022, he is joined by Ai Ogura and the very impressive Albert Arenas in P6, not sure what they’ve been feeding Arenas this weekend but he’s been on fire!

Row three was led by Jorge Navarro ahead of Fabio Diggia and Marco Bezzecchi, Bezzecchi unable to put a strong enough lap time in to finish much higher up with some surprising riders outside of the top 10 including Aron Canet and Augusto Fernandez in P11 and P12. 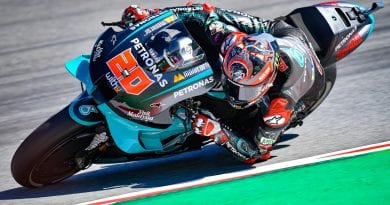 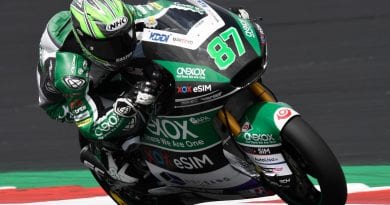 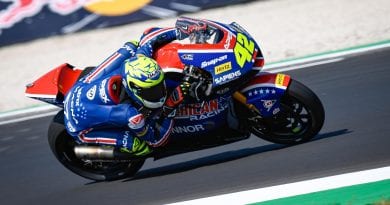