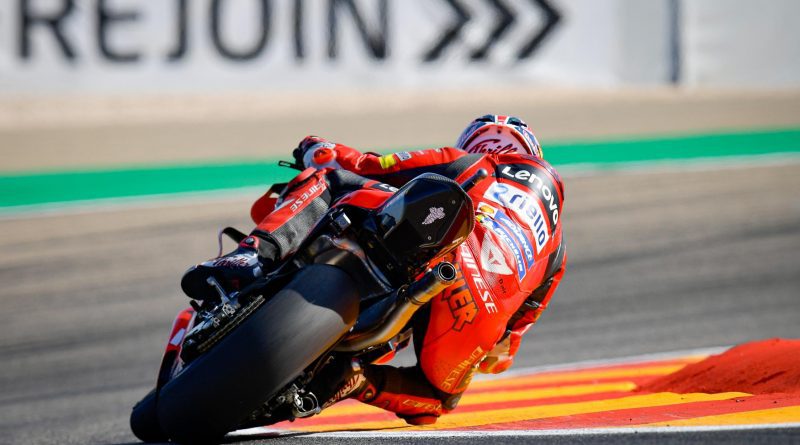 Jack Miller was the fastest rider in a topsy turvy FP2 session which saw the grid get completely mixed up including 2020 World Champion Joan Mir finishing in P21 joined by Marc Marquez in P20, Maverick Vinales in P19, and Valentino Rossi in P18.

At the other end of the grid 0.273 seconds behind Miller was Silverstone podium finisher Aleix Espargaro who finished in second after a late shootout with many riders pushing to improve their times and secure a provisional Q2 spot, surprisingly it was Cal Crutchlow who blasted in a late lap time to take a very impressive P3, not bad for the rider who has been drafted in to replace Franco Morbidelli who is injured.

The top three were followed up by a Ducati trio consisting of Johann Zarco, Jorge Martin then Francesco Bagnaia, Bagnaia suffering a crash during the session not letting it phase him too much. It’s no surprise to see Ducati doing so well given the long straight at the track aiding their ability to be able to accelerate incredibly quickly and use their top speed.

Fabio Quartararo finished seventh ahead of Takaaki Nakagami and rookie Enea Bastianini who is slowly chipping away, missing Q2 by the smallest of margins at Silverstone with Pol Espargaro rounding out the top 10 ahead of Rins, binder then Alex Marquez. 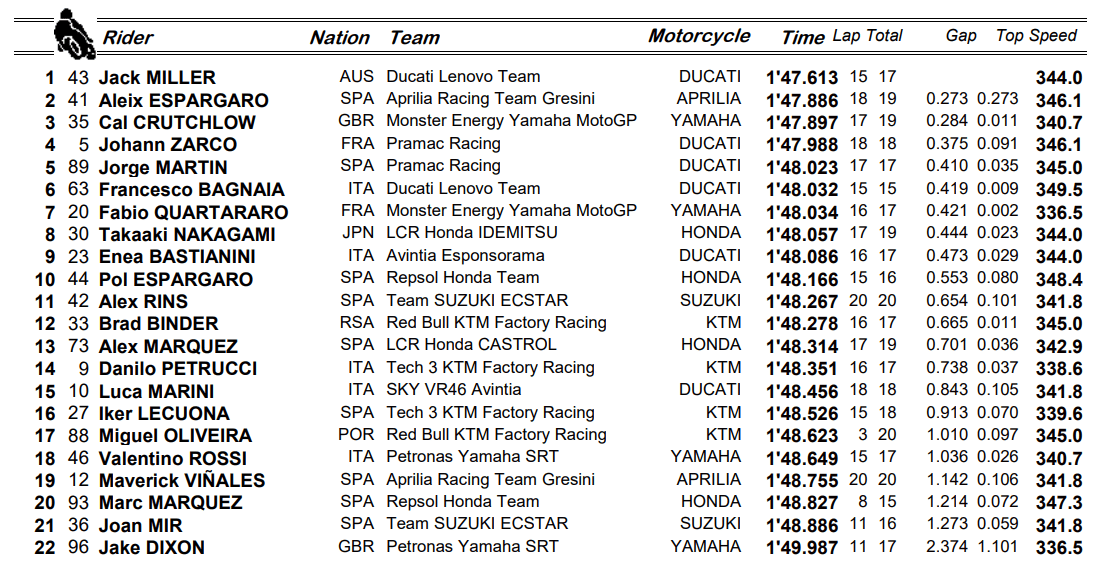 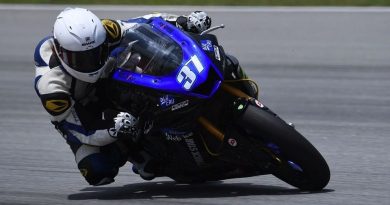 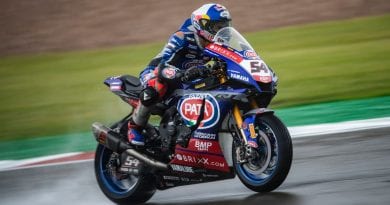 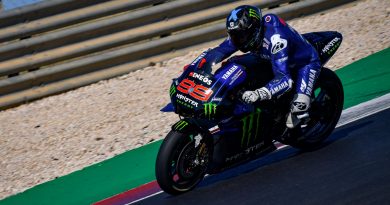