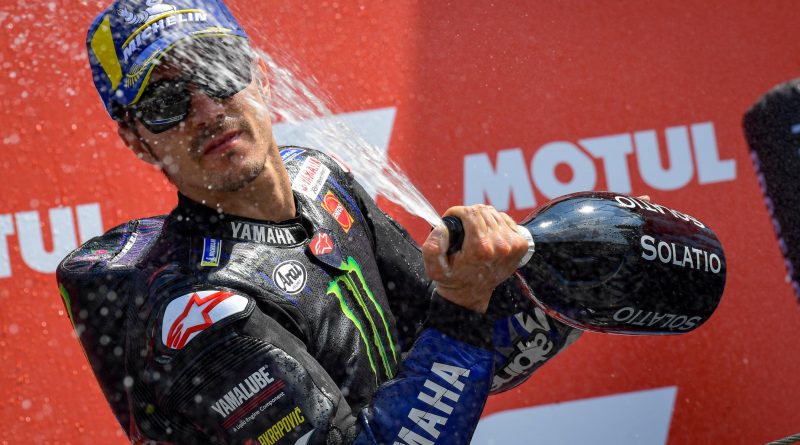 Yamaha have officially confirmed the bombshell of Vinales leaving, what happens now?

If you haven’t been living under a rock these past few days you will know that Maverick Vinales has now been confirmed to leave Yamaha at the end of the 2021 season, the news was confirmed on the morning of the 28th June but rumours have been circulating for around a week now with everything boiling over on the Saturday night of the AssenGP when Ricard Jove put his reputation on the line and reported that Maverick Vinales would leave Yamaha moving to Aprilia.

This news sent Twitter and various news outlets into a spiral of questions about where Vinales will go and why this is. The week previous Vinales had struggled to last place in Germany lashing out against his employer in interviews which followed saying that Yamaha did not respect him and that they still have not been giving him what he has asked from them for years.

He went into Assen saying that he will copy his teammate Fabio Quartararo’s settings and everything he does, Quartararo had notched up 3 wins at the time of the statement and comfortably led the championship standings. Vinales would then go out and top FP1, FP2, FP3 before taking pole position with a new lap record at Assen before telling the media that he did not use Quartararo’s settings and instead changed nothing from the bike which took him to last place Sachsenring. Although his reasoning for this is unclear, it strikes me that he was trying to prove a point to Yamaha that he was capable of doing well despite having the worst race of his career on an identical bike, was his poor performance in Germany intentional? We don’t know.

Going into race day he would struggle off the line putting it down to an issue with the clutch before finishing in second place behind his teammate Fabio Quartararo who added his fourth win of the season to his tally, pushing his lead in the championship up to a massive 34 points going into the summer break. Although Vinales finished in second, he looked like he had just finished last once again, he didn’t say a word to anyone in Parc Ferme aside from his media duties, barely cracking a smile before standing on the podium with a face of thunder. 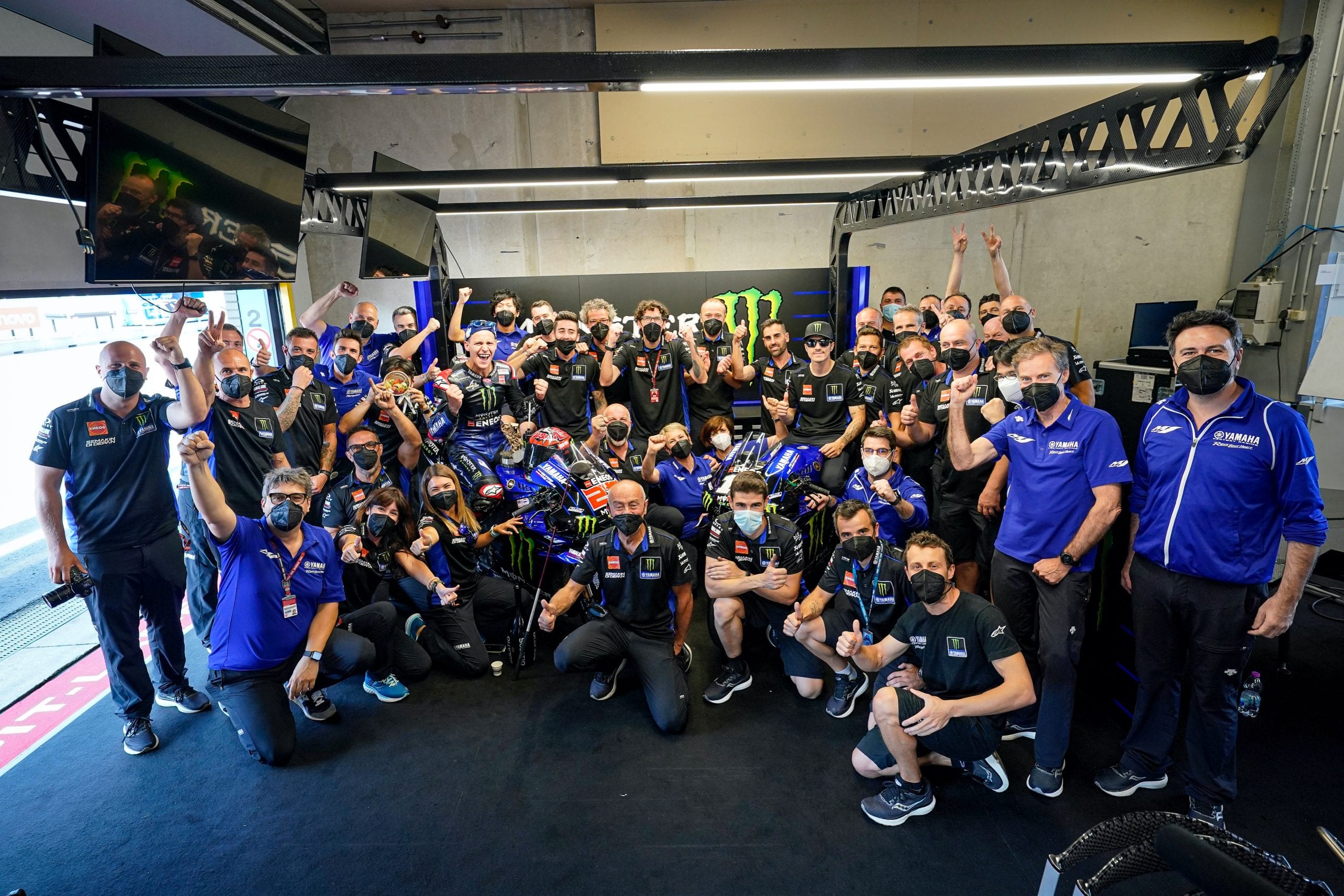 The mix of emotions are light and day. (Photo – Yamaha)

Later on into the evening, Yamaha would post a photo to their social media pages of the entire garage celebrating their success (above), Fabio’s side looked absolutely ecstatic, they all had smiles on their faces and Fabio’s emotions were incredibly clear as always, he was over the moon. When looking over to the other side of the garage you get a different story, Maverick has a clearly forced smile on his face and his team look to have had their happiness sucked out of them with Maverick being the sponge. It was clear to see that Vinales was unhappy and taking this at face value, it clearly confirmed the rumours of him leaving were true.

Yamaha are now faced with a huge task, they now have to reshuffle their entire 2022 plans and hire two new riders for 2022 if we are assuming Valentino Rossi will retire. Instead of only finding a rider to sit next to Franco Morbidelli in Petronas, they now need to tread carefully as one wrong move could spell disaster for the Japanese factory.

The obvious move here would be for Yamaha to promote Franco Morbidelli into their factory team for 2022, he was the 2020 runner up with three victories and outscored and outperformed Fabio Quartararo on similar machinery, now in 2021 Morbidelli remains on a 2019 Yamaha and makes his feelings well known that he’s unhappy about this situation, unhappy at Yamaha and unhappy that he’s now got to work twice as hard to achieve the same results as his ex-teammate. A move up to the factory team on a 2022 bike taking charge of development would surely wipe his slate clean with Yamaha with Morbidelli and Quartararo both working well together previously. If Yamaha were to keep him in the Petronas team where he is contracted to ride in 2022 and hire someone else, you can be sure he won’t be on a Yamaha come 2023. 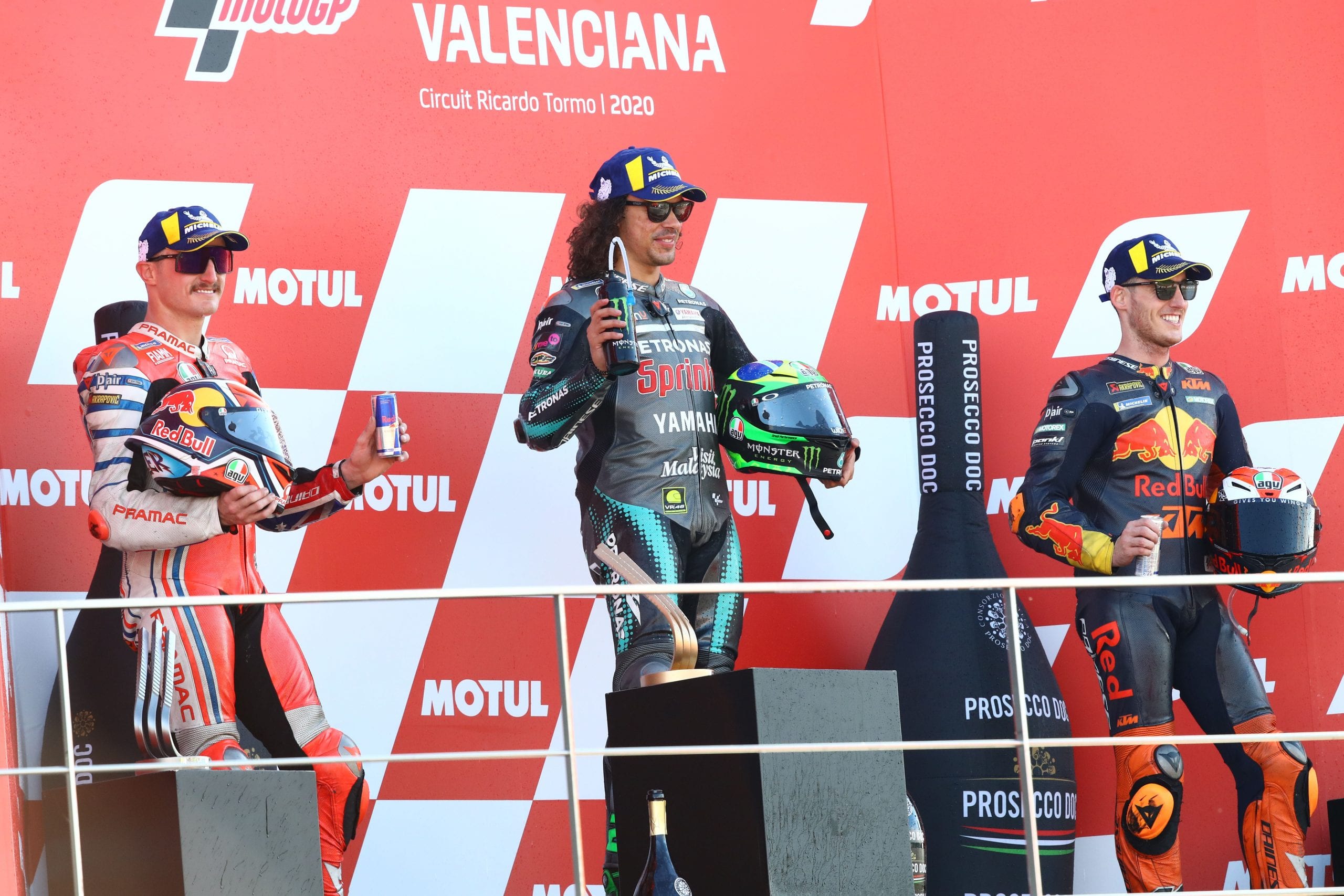 Morbidelli is a proven race winner and Moto2 World Champion.

Now, Yamaha face another issue. It’s common news that they are trying their hardest to obtain the services of Moto2 rookie Raul Fernandez, Fernandez has stormed his way into the intermediate class this year with KTM taking three wins and six podiums in nine starts, a stunning record for any rider never mind a rookie. He’s contracted to KTM and has said he would like to remain in Moto2 for 2022 and at the least stay with KTM if he is promoted upwards to Tech3. Yamaha previously have bailed on the idea of hiring Fernandez as KTM will require €500,000 to be able to break him free of KTM’s clutches, with Vinales out of the equation Yamaha will save around €6,000,000 next year meaning they are more than geared up to buy him out of his contract, the issue lies with Raul who has confirmed multiple times he wants to stay with KTM.

Theoretically, if Morbidelli is hired by Yamaha for their Monster Energy team, there are two very obvious options for Dorna to explore. MotoGP very much needs a British and American rider on the grid for 2022, with Garrett Gerloff effectively performing a job interview at Assen we can assume he would occupy one seat in the team with the other side going to Jake Dixon who rides for the team in the Moto2 squad. Although his results have not been as expected this year, all he needs is one or two podiums to convince the team he is worthy of the move, history has proven this with Fabio Quartararo being promoted following his shock Catalan Moto2 victory.

More and more rumours keep flooding around, we know Valentino Rossi will field two bikes for 2022 on the MotoGP grid with Luca Marini and Marco Bezzecchi being the obvious choices, however, Dorna employee Steve English has Tweeted saying that he believes VR46 will hire Vinales for 2022 which would be a massive bombshell, he would be ditching the Aprilia idea and instead riding a Ducati. It would likely mean he’d have to end his long term relationships with Arai and Alpinestars so I cannot see it happening but hey ho, this is silly season after all!

Hearing very solid rumours from some well placed sources. Vinales to VR46 to give them a top tier rider. Ticks the box for everyone of top rider for Rossi, Academy happy with Franco to the factory and Bezz on the Petronas. Vinales can walk away from €5m for another payday

If Vinales was supposedly hired by VR46 it makes sense that Bezzecchi would move over to the Petronas team next to an unconfirmed rider instead of riding for VR46. If anything though it’s expected that Vinales will move to Aprilia next to his old Suzuki teammate Aleix Espargaro, the duo remain good friends and would work well together given that their bike is still in the development stages and has much to prove. Vinales would love the chance to be able to be the first rider of the four-stroke era to win on an Aprilia and cement his name into history as one of 5 riders to win for three or more manufacturers in the premier class. Aprilia would come with much less pressure and he’d be very well respected and cared for in Noale.

There is one final point I’d like to make, what if Vinales was unhappy with racing in general? He’s just had a child and two life-threatening crashes last year in Austria, many are saying it already and I will echo them, Maverick Vinales could retire from the sport at the end of 2021. 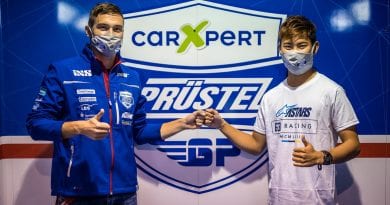 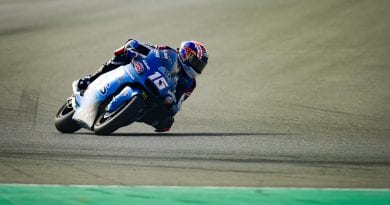 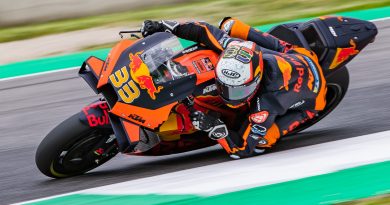 MotoGP: Brad Binder signs to remain with KTM until 2024