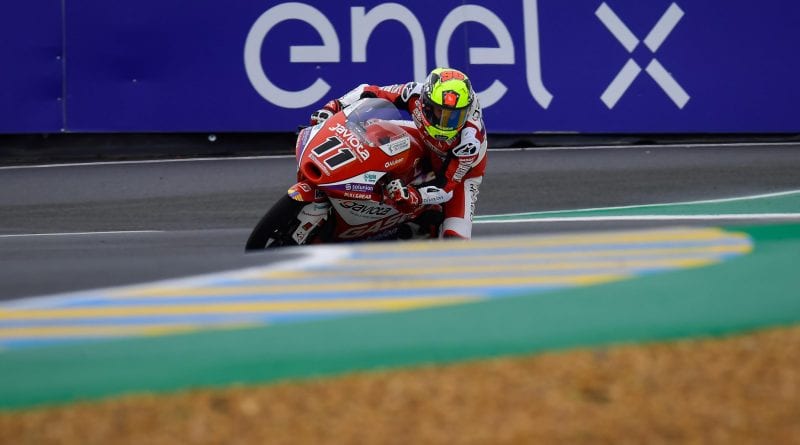 Sergio Garcia took the race win in Le Mans, his first since 2019.

It was a race of survival in Moto3 with many riders falling foul to the conditions in the opening laps crashing out of top positions where they could’ve fought for victory, the first rider to fall was Niccolo Antonelli who led the opening laps of the race before stacking it at the final corner, another rider who crashed here later on was Jaume Masia who is desperate to make up some points to his teammate Pedro Acosta. As the race went on and more riders crashed including Jeremy Alcoba we even saw the main man Pedro Acosta hit the deck at the Dunlop chicane, thankfully he was quick in his reactions and gripped the clutch meaning the bike didn’t stall and was able to rapidly remount outside of the points.

Lap by lap Acosta would gain places until eventually finishing in P8, even extending his title lead by three points which is majorly impressive.

The man of the day though was Sergio Garcia, the Spanish rider worked his way through from P8 on the grid to battle at the front with Czech rider Filip Salac who has been denied many strong results in the past few races, after a long duel between the two who had put a 6-second gap on Riccardo Rossi it was Garcia who took the victory, this is actually his second win in the class if you think back to Valencia 2019 when he took a Moto3 victory as one of the youngest riders in the class with the Estrella Galicia team.

It was a stunning race for Riccardo Rossi too, he held his own and was able to push hard enough to hold off John McPhee for a fairy tail podium, he’s a very strong rider and has never been able to put the performance in which we have hoped for but today will have lit the spark, we spoke to him a little while ago about his performances and he said, “It makes me so angry [not performing] because I have never expressed my full speed”. Well today he now has, a great race for the Italian, hopefully this result will open some doors for him in the coming years, he beat John McPhee who had a massive 7-second gap to Ayumu Sasaki who came home in 5th place.

The rookies were strong today in P6, P7 and P8, Adrian Fernandez showed a lot of speed over the weekend in damp conditions and now has taken a 6th place finish, he’s a strong rider and the backlash about how he got his ride is fading away now that he’s showing some great pace ahead of Xavier Artigas who once again wasn’t crashed into and was able to take P7 ahead of Pedro Acosta.

Further down the order the warm-up leader Andi Farid Izdihar was the last points finisher, the Indonesian rider will be used to racing in conditions like these and took his first world championship point after completing a Moto2 season last year and now Moto3.

It was a tough day for many riders we expect to battle for victory with Dennis Foggia, Kaito Toba, Darryn Binder and Jeremy Alcoba all outside of the points, the latter three crashing. 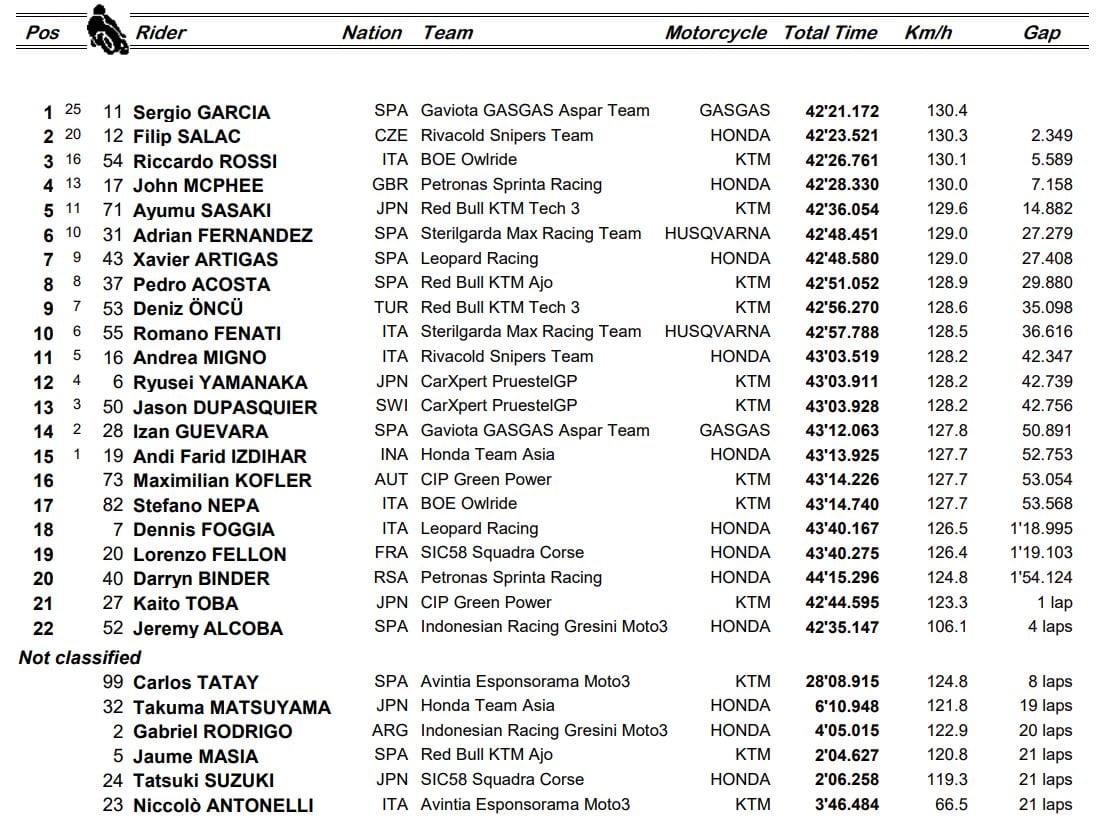 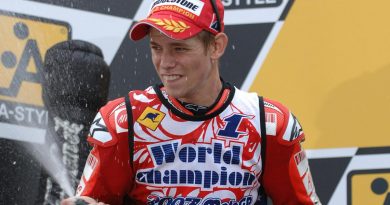 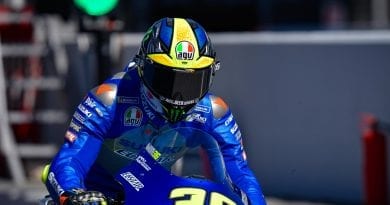 MotoGP Le Mans: Joan Mir: “I was not able to find any grip” 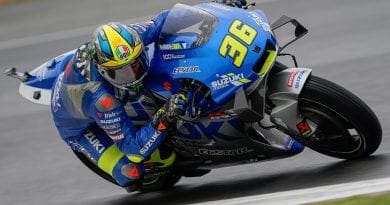