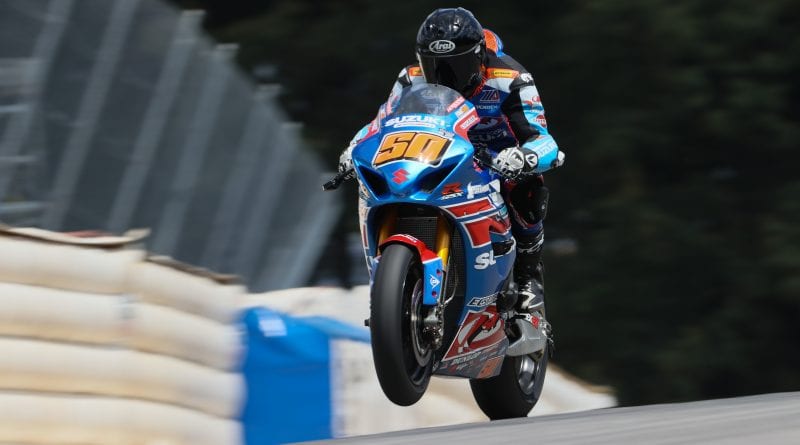 Learning to ride and race on Yamaha PW50s was the way many riders got their start, even 8 x World Champion Marc Marquez started on a Yamaha PW50. Bobby Fong was no different to this unwritten rule.

So, the question is, what lessons did the MotoAmerica Superbike rider learn from a young age? “Basically, to never give up, you can always do better, you learn each time you’re on the track, each race. It’s a constant evolvement through your career,” said Fong, reflecting on his youth.

“You have to give it your all. When you step off that race track you need to know you’ve given it 100% each time. Growing up, if I didn’t give it 100%, I wasn’t going to race. Either I give it 100% each time or my dad wasn’t going to let me race.” This mentality has helped mould Fong into the rider he is today, beating riders who were only giving 99% or less, he knew if he wanted to make this racing dream a reality, he needed to put 100% into it, this lesson instilled into him by his father at a young age was a lesson which applies to many aspects of life, not just racing.

Coming up through the ranks and competing in different classes over the years, Fong believes he’s been able to have an edge because of it.

“The fact that I’ve raced multiple different brands and classes, it’s given me confidence,” he noted. “I’ve been on every damn motorcycle out there and that makes me confident knowing I’ll adapt to what’s needed. It’s not like I’ve been a one-brand rider my whole career.”

Looking back on 2020, there was a lot to deal with and adapt to on and off the track given the COVID-19 pandemic stopped racing completely. But Fong feels like he was making progress and competing each time he went out on the track following the long wait for the season to finally begin.

“I feel like it went good,” he reflected. “It was stressful at times because of how good the performance of the Yamaha was, it was unbelievable. Cam [Beaubier] was breaking track records every round. It was mind-boggling how fast Cam and that Yamaha was. Even though I went faster than what Yoshimura had ever done at each track we went to, it still wasn’t enough most rounds.” Yoshimura were the old ‘factory’ Suzuki team with Josh Herrin and Toni Elias riding for them, Roger Hayden before Herrin, it was the top Suzuki team in the class.

Yoshimura left the MotoAmerica championship at the end of the 2019 season and Elias immigrated to the M4 Suzuki squad as Fong was promoted into the Superbike class from Supersport as the champion, the fact the M4 squad were beating Yoshimura records yet still not beating Beaubier is a clear display of how good Cameron and the Yamaha were together. 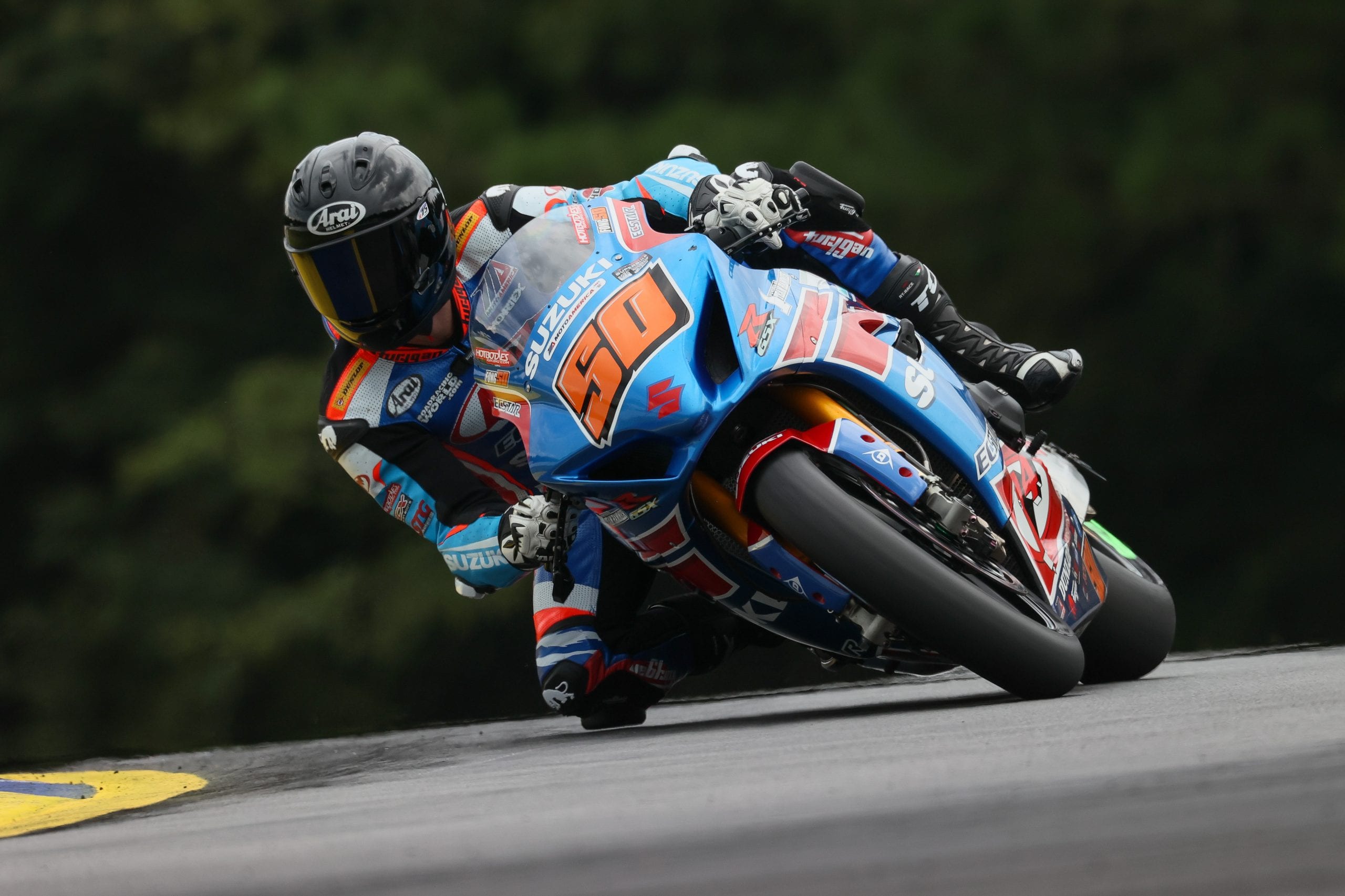 For 2021 Fong still believes there is more room for improvement after finishing the season in third place overall. “Obviously, there’s room to gain everywhere,” noted Fong. “All in all, I feel like it was pretty good. I attacked each time I went out there. I think, maybe, I can learn to be a little bit better in the wet and mixed conditions, that’s definitely something I need to work on.”

The biggest unknown for Fong in 2021 is who he will be riding for as things within the team and paddock are still up in the air.

“I’m not signed at M4 yet. There are other avenues and parties that are interested. But I have nothing signed yet. I’m waiting to see what happens with Team Hammer and other riders too.”

What many of those other riders are doing for 2021 is still a mystery. Only a couple of riders are 100% certain with their teams, not counting those like Kyle Wyman who is both team owner and rider. Those riders that have a contract for 2021 are Jake Gagne with the Attack Performance Yamaha team and Mathew Scholtz with Westby Racing.

“Whatever bike I’m on, I just want to keep the momentum going. I would like for the improvements to keep going. If I’m on the Suzuki, we definitely have some work to do this offseason if we’re going to compete against Jake [Gagne] and the Yamaha. It’ll be Jake’s second year on the bike and Richie Stanboli isn’t going to sleep this off-season, he’s not going to stop working on that Yamaha.”

One of the highlights of 2020 came in the form of some new circuits for the riders to tackle, including one of Fong’s favourites, the Indianapolis Motor Speedway. Did the Ridge live up to his pre-season expectations?

“The Ridge is awesome! The configuration is like no other track we’ve ever raced at. And, of course, Indy is world-class, it’s one of my better tracks, I really enjoy it a lot.” 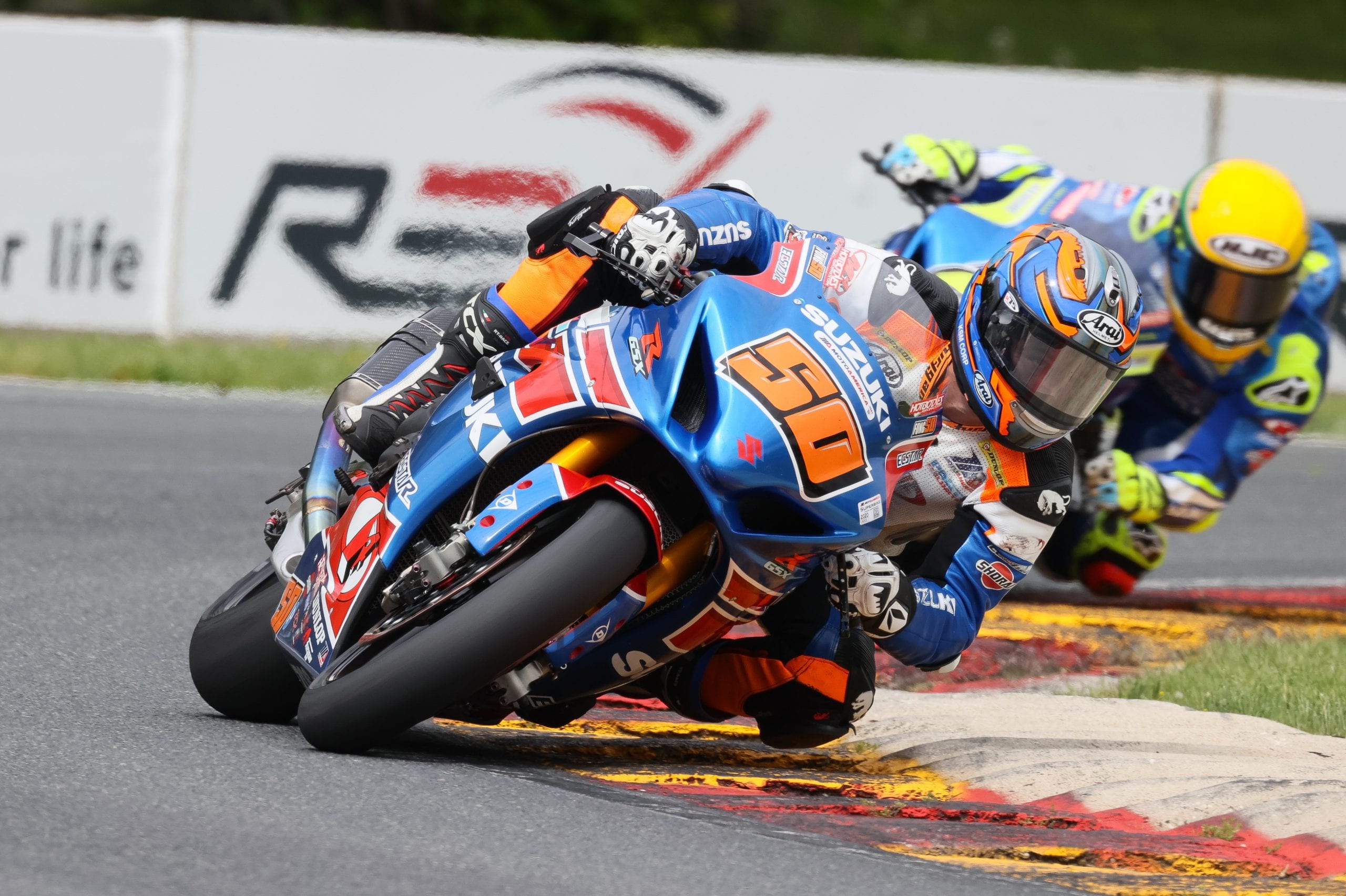 Bobby has a few tracks he likes to race, but are there any riders he loves to race against?

“There’s really not many favourite guys I like to race against,” observed Fong. “I mean, it’s always cool to race against Toni [Elias], he’s one of a kind. He’s a world champion. He does things on a motorcycle that not many people can do. He’s definitely one of a kind for sure.”

With 2020 in the rearview mirror and the 2021 season coming fast, 2022 may have a different story for Fong who would be 32 years old at that point, he said, “You know, my whole racing career it’s always been a year-to-year deal. Sometimes in America, you never know what you’re going to get.

You could win a championship and then you might not have a ride the next year. I’m not saying that has happened to me but that’s how it is sometimes. It would be nice to race in 2022 but I’m just excited that I’m going to be racing in 2021. Every year I ride like it’s my last year. I’m not trying to be negative, but I know that the time is coming that I’m going to have to get a day job.” He isn’t wrong; after all the saying is ‘you’re only as good as your last race.’

With the viewership and popularity of the sport on a steep upward trajectory, especially with MotoAmerica as it becomes more available to watch in Europe, we asked Fong if there is any advice he could give young riders who aspire to race at the national championship level? He was brutally honest but completely correct saying, “Stay in school [laughing]! Honestly, I’m being completely truthful.

I wish to this day that I had a college degree, something to have as a backup plan. I’m excited to see more kids getting into the sport and coming up through the ranks. But we need to have more teams, more manufacturers so that young riders have the opportunity.” 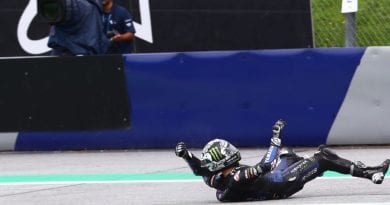 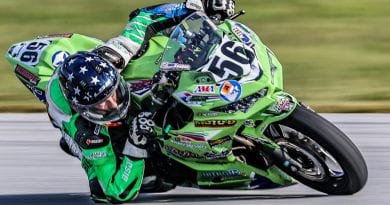 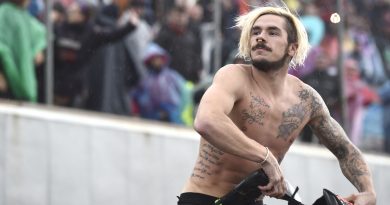