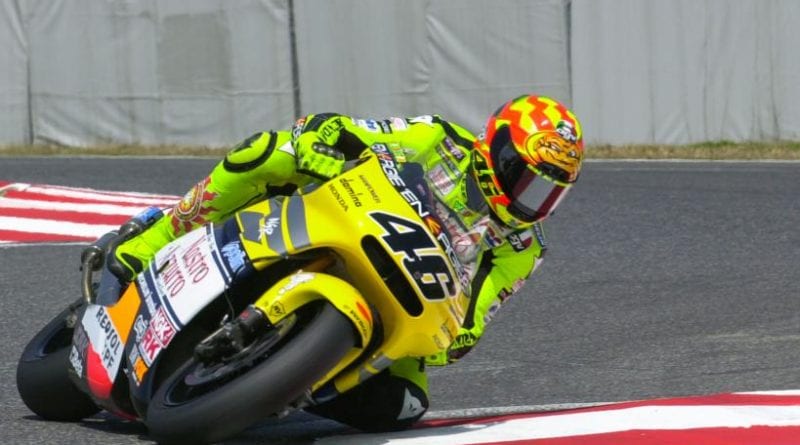 In 2001, a 22-year-old Valentino Rossi would kick start his premier class 500cc/MotoGP title tally, etching the first title into the record books, the first of 7 premier class titles.

If you ask anyone who likes racing who Valentino Rossi is, you can bet they will know, he has the biggest fan base in MotoGP and his fans dominate grandstands and track invasions, painting a sea of yellow. In 2001, he was about to prove why he is as popular as he is.

Fast forward to 2020 and Valentino Rossi is the only rider to take a title on the infamous 500cc two-stroke machines before they changed to 990cc four-strokes, an achievement which for many gives him the ‘GOAT’ title (Greatest of all time).

Rossi began the season on the Nastro Azzurro Honda NSR500 in fine form, the season had 16 rounds and straight off of the bat Valentino won the first three races at Suzuka, The Phakisa Freeway and Jerez giving himself a huge advantage in the standings over Max Biaggi and Loris Capirossi which he would not lose for the rest of the season.

Round four at the Bugatti circuit was Rossi’s first race he did not win, he took third place ahead of his home round at Mugello. Mugello was a disaster, Rossi crashed out of the Italian round donning a special livery, this would be the last time Rossi would run a special livery at a home round, every time he ran a special livery he would crash, Rossi took this as a bad luck sign and has opted for special helmet designs instead. Rossi would return from this crash in fine form taking three podiums in a row, winning at Catalunya, taking second place at the ‘old’ Assen layout, then taking another win at the Donington Grand Prix, a track which Valentino fell in love with over the years taking consistent wins and podiums at the circuit. 8 rounds of the season were already completed and Valentino had an incredibly comfortable title lead, he was crushing his rivals into the ground and no one could come close, not even the Repsol Honda’s on similar machinery.

At the Sachsenring round, Rossi would finish in a low 7th place, only the second race of the season he didn’t finish off of the podium, yet once again, Rossi would back this up with wins at Brno then Estoril, before taking 11th at Valencia. Valencia was an odd race, it started as a wet race with Rossi opting for the wet tyres, and opened up a 5 second lead on just the first lap, this was not meant to be though as the track slowly but surely dried up and Rossi was caught up to and overtaken on his wet tyres, eventually slipping to 11th place.

This was the last race of the season Rossi did not win, he would go on to win the final four races winning at Motegi before taking the title with two rounds to follow at Phillip Island, the Italian became only second rider of all time alongside Phil Read to take the 125cc, 250cc and 500cc titles, this is a record which would be achieved also by Marc Marquez taking the lightweight, intermediate and heavyweight titles in 2010, 2012 and 2013 respectively.

The final two races held less pressure for Rossi which he won with ease to cap off a season of pure destruction taking a total of 11 wins and 13 podiums in 16 races, he truly destroyed his competition, beating a second placed Biaggi by 106 points. His competition had no idea what was to come in 2002 with an even more consistent season.

Rossi’s title was enough to gain him a seat with the factory Repsol Honda team for 2002 on the new RC211V four-stroke machine.

This season was the first of 7 premier class titles and 9 titles overall and a record of 115 wins overall. Etching Rossi’s name within the greats with much more to come. Following the season, Rossi would then go on to win the prestigious Suzuka 8 hours race the same year with teammate Colin Edwards, just to cap off a stellar title-winning season. 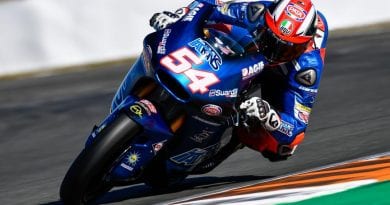 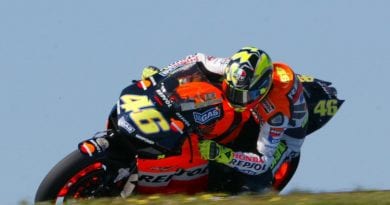 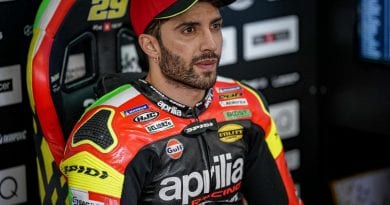 MotoGP: Aprilia not willing to wait for Iannone