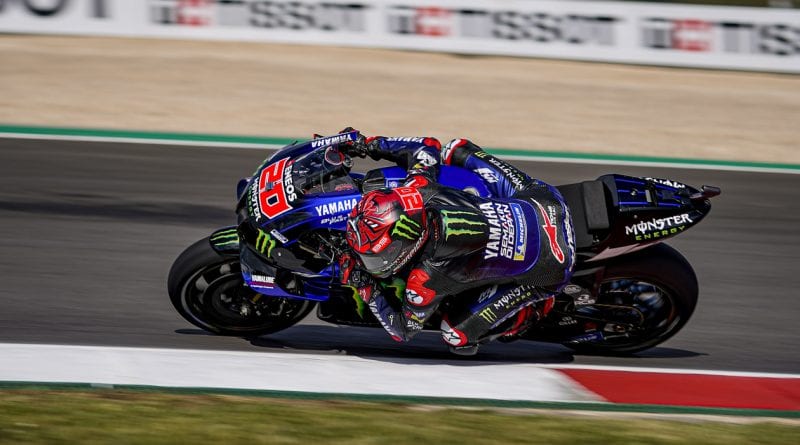 Fabio Quartararo breaks the Portimao lap record previously held by Miguel Oliveira by a minuscule 0.030 to take pole position after Francesco Bagnaia’s blisteringly fast lap of 1:38.494 which was 0.300 faster than Quartararo’s time was cancelled due to a yellow flag infringement, going fast through a yellow flag following a crash from home hero Miguel Oliveira.

There will be tears in the Ducati and KTM camps following heartbreak for both their riders after Francesco Bagnaia’s unbelievably fast lap time was taken away from him after the session and after the celebrations, there will have been cries up and down Portugal after their home hero Miguel Oliveira was looking to take pole position before a crash ruined his chances, forcing him to start from P10.

Suzuki are seemingly improving with Joan Mir making his way through Q1 to take P9 but the star of today was Alex Rins, their man qualified in P2 on the front now missing out on pole position by a minute 0.089 seconds, this would’ve been his first premier class pole position but he will have to wait, championship leader Johann Zarco was promoted to P3 thanks to Bagnaia’s penalty meaning he will be able to look to defend his title lead in the best way possible, he did very well to recover from his crash early in the session to take P3.

Jack Miller heads the second row, the factory Ducati man desperately looking to improve on 2 P9 finishes in Doha, the pressure is on his shoulders to perform and with Bagnaia getting the job done already the pressure will only continue to rise within the Ducati camp. Joining him on the second row was Franco Morbidelli, a really nice return to the front for the Italian after some torrid races in Qatar where he was battling outside of the top 10 due to issues outside of his control, he will be eyeing up the podium where he finished last year.

Marc Marquez, wow oh wow, what a ride from the 8 x World Champion to firstly get himself through the Q2 session setting the fastest lap time ahead of Joan Mir to then smack down a lap time in Q2 which originally put him in P3 before the time was beaten by a few riders, his pure willingness to continue and fight is unparalleled, hats off to that man.

Row 3 is a very interesting row, leading it is Mr Aleix Espargaro on the Aprilia RS-GP, Aleix is having a fantastic season this year with the Noale manufacturer and their newly added upgrades and is impressing many, can he improve on Aprilia’s best ever result of P6 tomorrow? We will see. Joining him is Luca Marini who is a welcome surprise after some major issues at the start of the year with ergonomics, he looks to have finally adapted to the Desmo and put himself straight into Q2 and placed in P8 following a massive crash this morning, he qualified ahead of Joan Mir.

Francesco Bagnaia will start from P11 following his lap time cancellation but there is no doubt he will be battling at the front come race day, in last place in the Q2 session we saw Maverick Vinales who had not one but two consecutive lap times cancelled.

Looking further down we see the Honda boys struggling with Alex Marquez leading Pol Espargaro in P13 and P14 as Nakagami sits out of the session following his injuries from his 200mph crash, another rider struggling is Valentino Rossi in P17, no comment there. 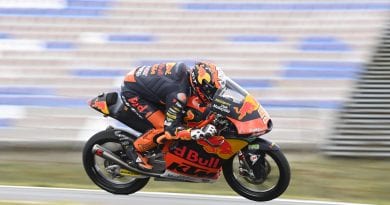 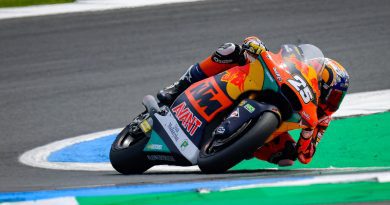