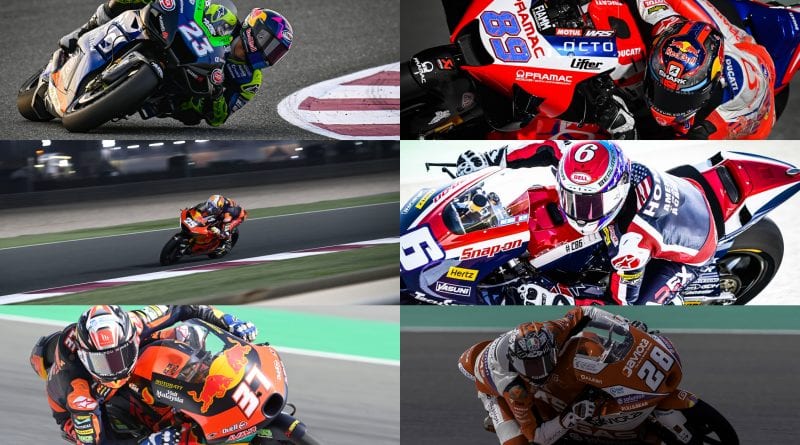 It was an incredible weekend for the rookies across all three classes in Qatar.

I think now after the Qatar race weekend it’s safe to say that the MotoGP series and its supporting classes are by far the strongest they’ve ever been with some incredibly talented riders stepping onto their new motorcycle and arriving at the front of the grid in their first race weekend. This has of course been assisted with an injection of money from rich sponsors such as Red Bull, the creation of the Red Bull Rookies Cup has pushed more and more talent into the World Championship year on year with riders such as Enea Bastianini, Jorge Martin (2014 rookies champion), Pedro Acosta (2020 rookies champion) and Izan Guevara all graduating from the championship. In the current 2021 MotoGP grid there are 8 riders who have raced in the rookies championship.

Thanks to big sponsors we are able to see more and more riders racing on more competitive machinery meaning they can fight for the front positions where they belong. You only have to look at KTM’s progress in 2020 and the Red Bull KTM Moto2 and Moto3 riders’ performance in Qatar to see that Red Bull’s sponsorship and additional funding for these teams has aided them in running at the top, however, you can have all the money in the world and if you’re not fast, you aren’t going to be winning races.

We have picked out 6 riders who majorly impressed over the Qatar weekend in their first-ever races in their respective classes starting with Enea Bastianini, the 2020 Moto2 World Champion impressed throughout testing despite riding a 2-year-old GP19 which Johann Zarco raced last year in the same team, he came into the MotoGP class as a world champion and showed everybody what he is about after very nearly getting into the Q2 session during Saturdays qualifying before a late charge from Takaaki Nakagami relegated the Italian out of the promotion spots. Despite this he was able to grit his teeth and take a P10 finish in just his first-ever MotoGP start with the Avintia team, his Ducati power aiding him on the straights to blast past his opposition. 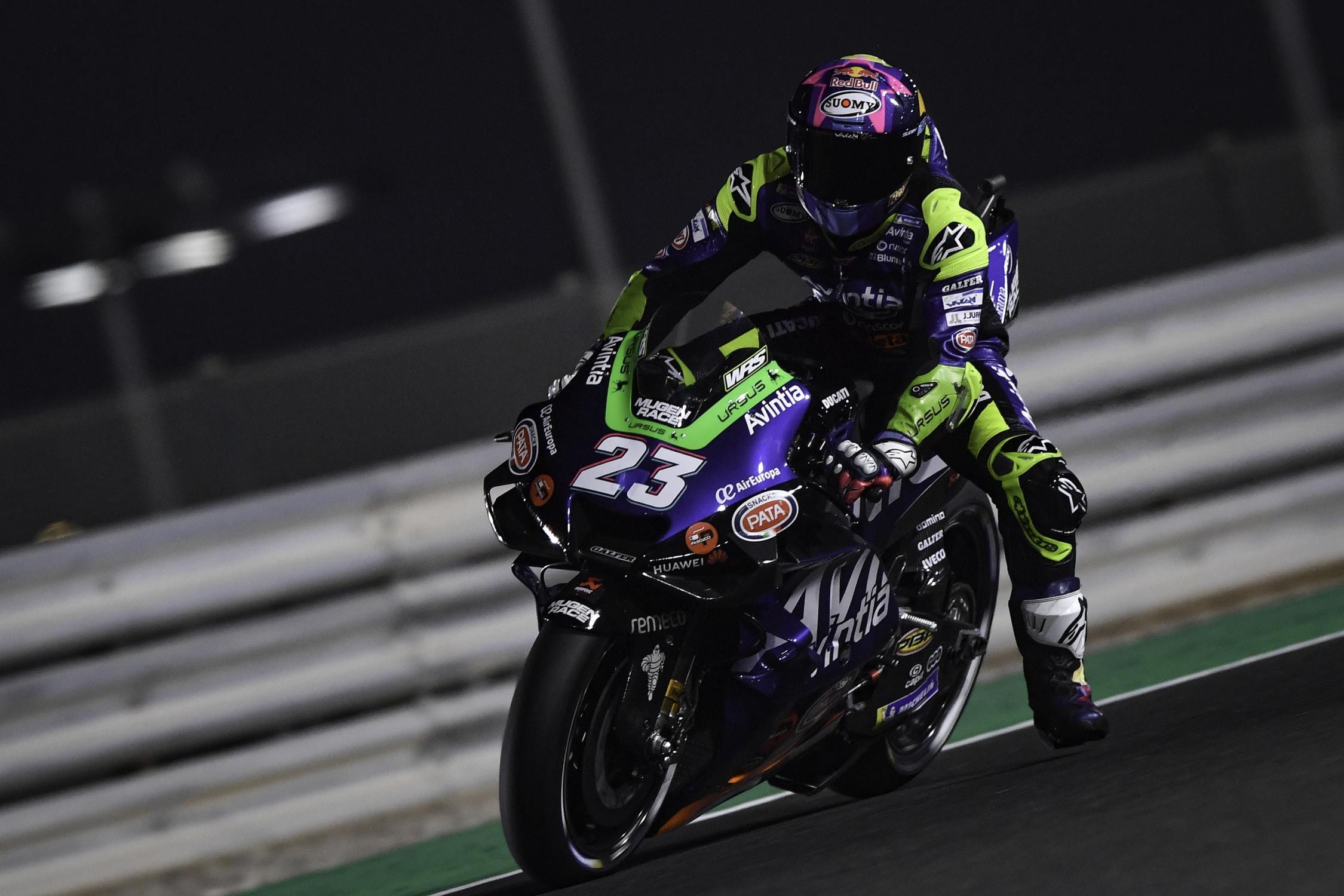 Enea Bastianini hot on the brakes of his Avintia Ducati

Another Ducati rookie we saw running at the front was Jorge Martin, just like Bastianini he also just missed out on a Q2 spot following a crash on his fastest lap. The 2018 Moto3 World Champion was on his hottest lap of the session lighting up Sectors 1 and 2 with times worthy of P1 before he suffered an incredibly fast crash which took him out of contention. This wasn’t enough to stop him from doing his all on Sunday though, after starting in P14 the Spaniard had arrived in P4 by turn one after blasting past the other riders around him with some staggering speed, he would eventually fade to P12 but impressed many over the weekend with his raw speed and talent.

Moving into Moto2 we saw the Red Bull KTM Ajo youngster Raul Fernandez shine on his debut, the Spanish rider got a name for himself in 2020 as the “Pole King” as he was able to scoop up 6 pole position watches throughout the season and this record doesn’t seem to have faltered after his surprise move to Moto2. The 20-year-old rider from Madrid had signed a contract to remain in Moto3 for 2021 but with his ever-increasing height starting to cause issues with the small Moto3 machine Ajo and KTM made the decision to promote him to Moto2 opening up a spot for Pedro Acosta to join the team in Moto3. At first, Fernandez took a little while to adapt to the new Kalex Moto2 chassis equipped with a 765cc Triumph triple engine, but once he found his way he was instantly back to business at the front end making a huge impression in qualifying taking P2 overall behind Sam Lowes as if he was some sort of Moto2 veteran doing this week in week out.

When race day came about he continued to race at the front running in the podium positions before eventually fading to P5 overall, he made a stunning debut in Qatar and there is much more to come. 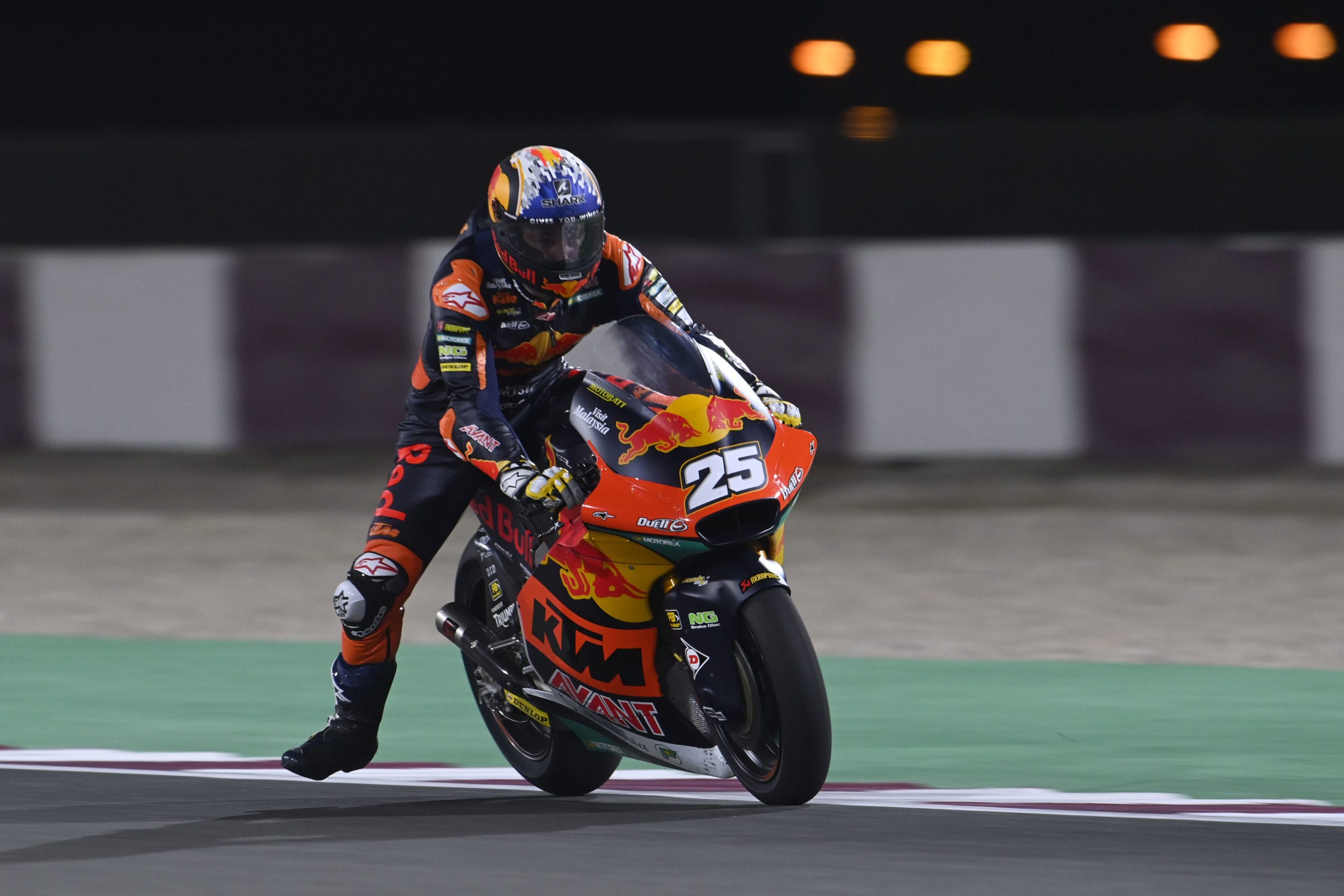 Another Moto2 rookie is Cameron Beaubier, the American 5 x MotoAmerica champion who decided at 28 years old to make the jump back into the Moto2 World Championship following a tough 2009 125cc season. He gave up lucrative sponsorship deals and even a deal with 6D Helmets to put his entire career, achievements and name on the line in the toughest championship in the world and he impressed majorly. We all know Moto2 is tough with 25+ riders finishing sessions within 1 second of P1, every 1/10th of every second counts in the class and he was able to show why he is a multiple-time champion, he spent his pre-season testing learning the ropes against riders who have decades of experience in the world stage adapting to the way the riders ride in the world championships compared to the USA.

After qualifying in P22 overall within 1 second to P1 he knew he had a job on his hands to make up places in the race but this didn’t stop him from trying his hardest, he made his way through the field one by one picking off extremely talented riders including Aron Canet and Thomas Luthi. He was drifting his way into corners in the typical Moto2 style looking like he had been racing in the class for years not just a matter of weeks, this includes an aggressive but fair move on Somkiat Chantra to take the P13 spot before eventually finishing in P11 on his debut.

Moto3 is no short of surprises that’s for sure with Pedro Acosta proving this point to be true, the 2020 Red Bull Rookies champion joined the class following a season where he had become accustomed to finishing at the front, he won 6 consecutive Rookies races as well as taking 3 podiums in the FIM CEV Moto3 Junior World Championship where he would finish in P3 overall behind Xavier Artigas and Izan Guevara who was a rookie champion. Acosta showed a lot of speed during testing and finished the Moto3 Qatar test just 0.007 shy of the lap record before qualifying in P11 for his first race on the world stage.

Come race day it was a typical Moto3 race, we all know that qualifying means nothing in the lightweight class and Acosta proved this to us all as he spent much of his debut race battling for the win against his experienced teammate Jaume Masia and Mr Divebomb Darryn Binder who is well known for his aggressive style. Acosta held his own and gave as much as he took putting in aggressive moves and riding defensively even against Binder to ensure he would retain his position. He was able to finish his debut race in P2 at just 16 years old behind his teammate Jaume Masia, missing out on the win by a mere 0.042, if there’s one thing we know it’s that Aki Ajo knows where to find talent and this was proven in Raul Fernandez and Pedro Acosta’s performances. 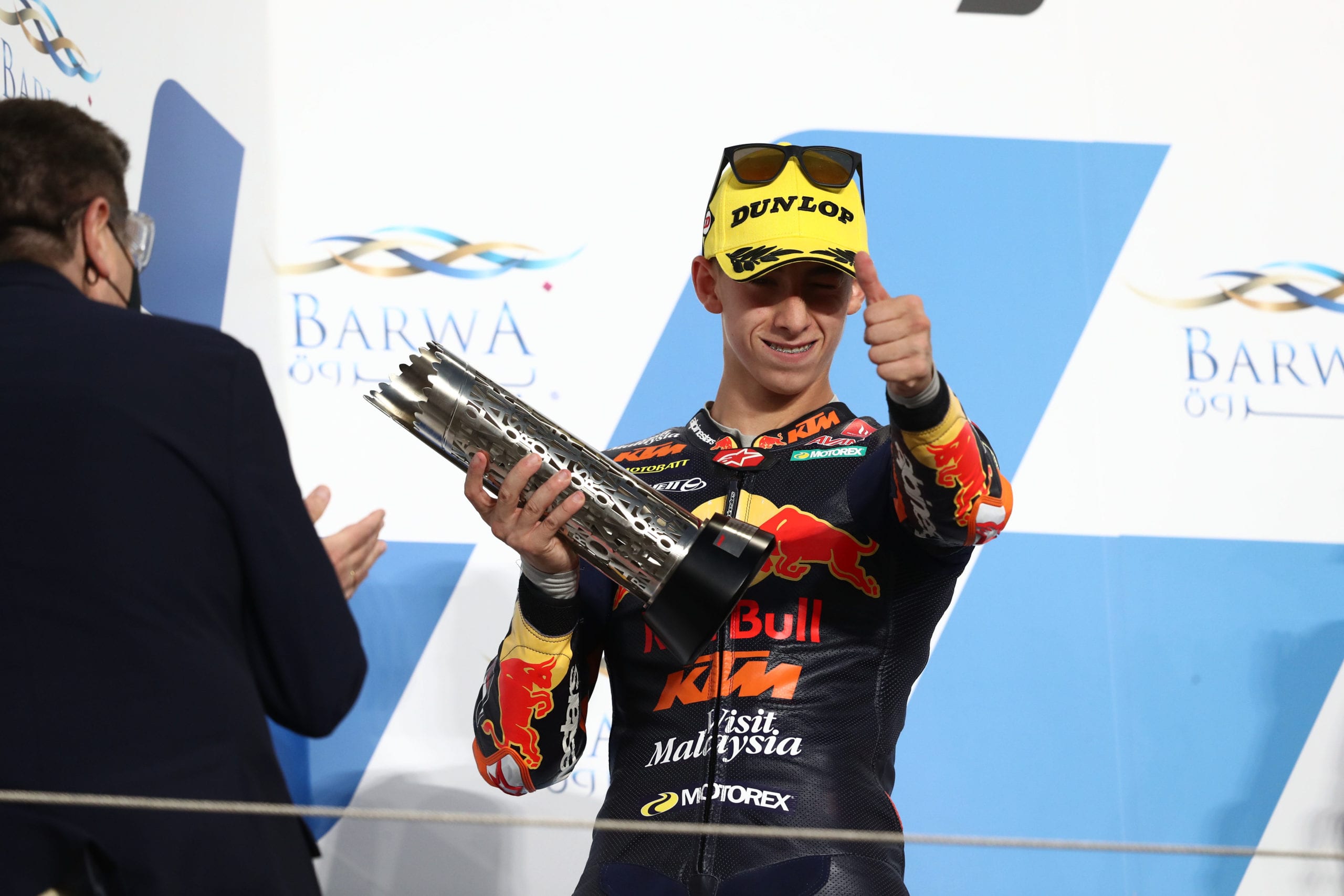 Baby faced Acosta stood on the podium with his P2 trophy.

Izan Guevara is our final rookie on the list, the 2020 FIM CEV Moto3 Junior World Champion moves to the class after a meteoric rise winning the 2019 European Talent Cup in his first attempt before racing in the brutally competitive and savage Moto3 Junior World Championship. He went into the class only expecting to take the odd podium and to fight for top 10 finishes, yet he found himself winning the entire championship after gelling with his team in record time standing on the top step of the podium in just his fourth race, from then on he wouldn’t finish off the podium for the rest of the season winning 5 races with 8 podium finishes to his name.

He remained with the Aspar team in his move into the World Championship riding the new Gas Gas Moto3 machine with the past seemingly repeating itself as Guevara qualified in second place on the grid to the shock of many, the speedy 16-year-old proving to many why he is so highly rated. Come race day he continued to impress fighting for P1 throughout the race before finishing in P7 overall taking a solid 9 points in his Moto3 debut.

This weekend the MotoGP circuit remains at the same track for the Grand Prix at Doha, it will be interesting to see how these rookies get on now they have experience at this track. 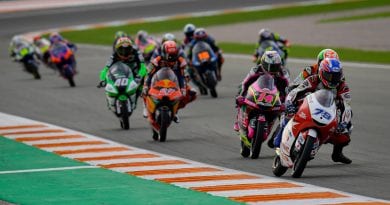 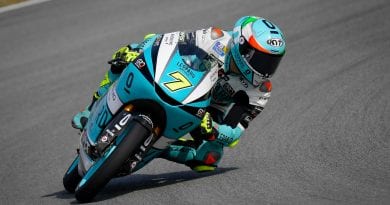 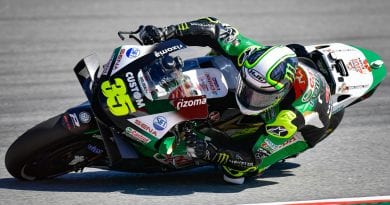