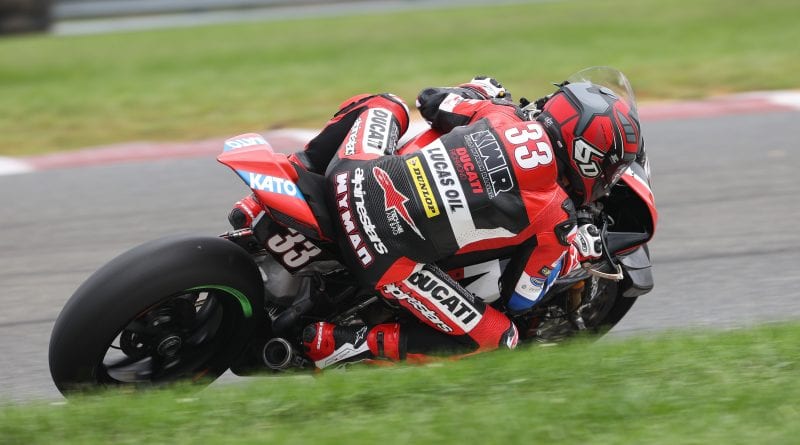 Kyle Wyman boasts an impressive MotoAmerica setup as his own team owner and rider.

With the 2020 MotoAmerica season coming to a close in late October, teams and riders turned their attention to 2021 and the changes they might need to make and the goals they want to set. Kyle Wyman and Kyle Wyman Racing (KWR) were no different.

“We want to be a podium contender every single weekend which I think will make us a championship contender,” notes Wyman. “If we can find a way to win a few races, that’s a realistic goal for us. A full winter of me being healthy with no surgeries and training, that puts us in a great place. There’s no reason we can’t take another step.” 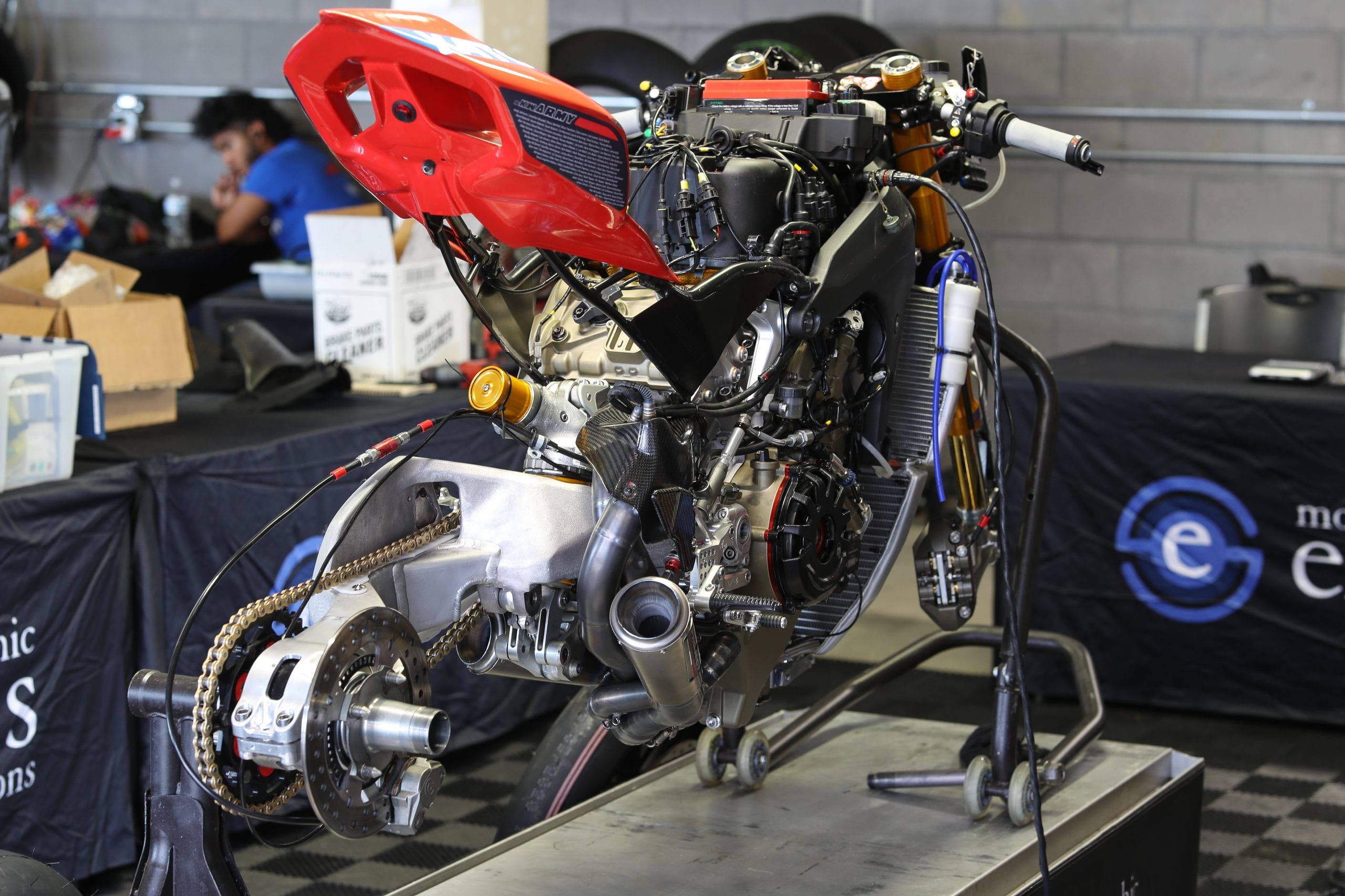 Things were a bit different a year ago as the MotoAmerica paddock geared up for the 2020 season only to have it thrown into disarray due to a global pandemic. For Wyman, it may have been a blessing in disguise.

“I had fairly serious spine surgery in November [2019], and I was kind of under the gun to get ready physically and mentally for the year. I didn’t ride for 4 months,” states Wyman. “So, when we had the shutdown it actually bought me some time to ride and get back to being fit. That and having a bunch of hurdles with my semi [truck haulier] that I bought for this year, a lot of stuff we had to go through to get that ready. The shutdown we had to go through in March, April and half of May was a little bit of a blessing for us.”

Being the only rider in the MotoAmerica paddock on a Ducati in 2019, Wyman saw other teams bring the brand into the series in 2020. However, with having 2 years of experience and support behind him, Wyman believes he’s ahead of the curve and ready to turn those experiences into a more positive situation. 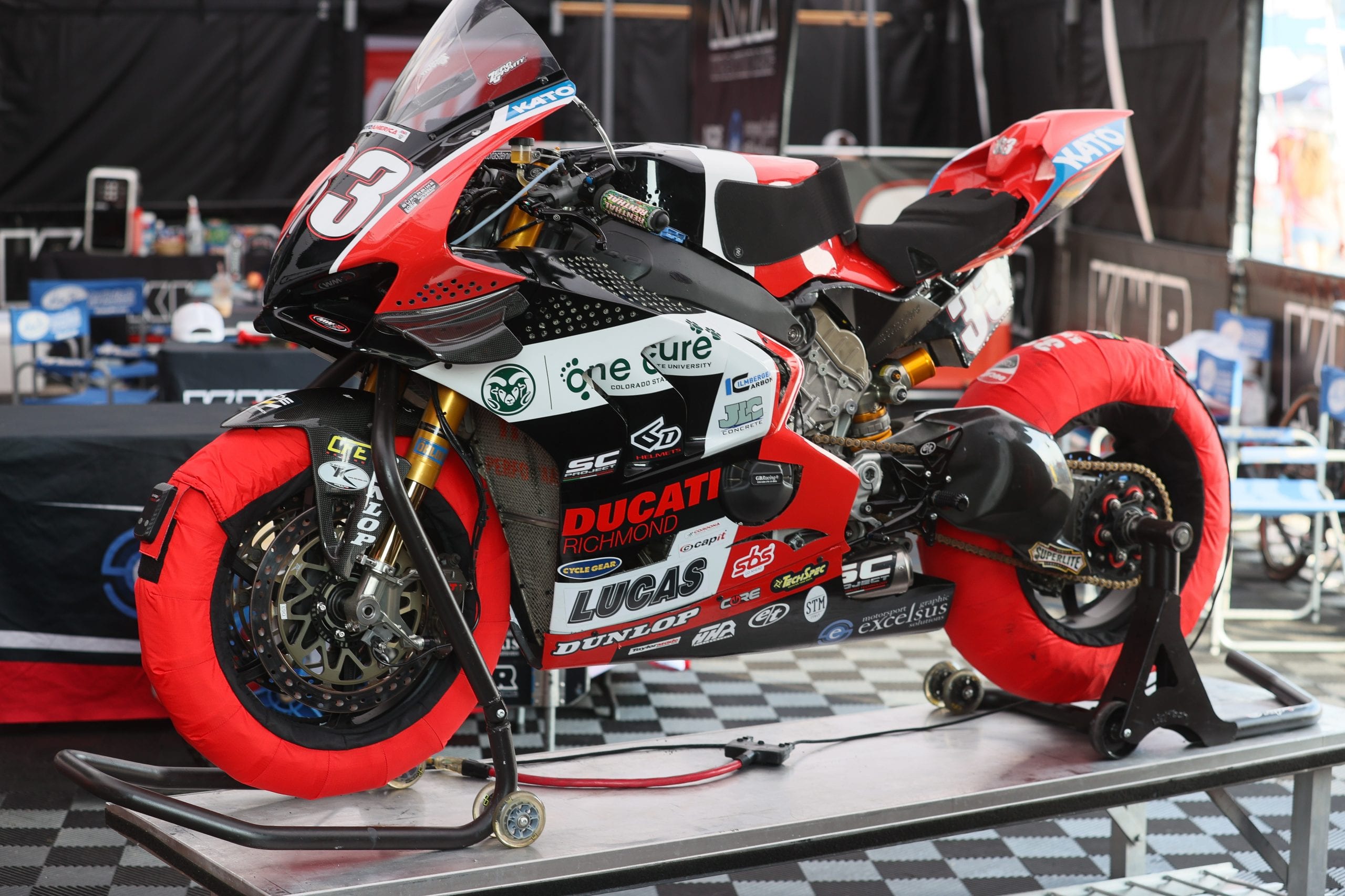 The KWR Ducati in its full glory

“Year 1 was no expectations. Nothing to go off of, to base off, to see what it was going to be like,” observes Wyman. “I sort of jumped into it a little bit blind. Going into year 2 the expectation was to find our way on to the podium which we were able to do fairly early. There was a little bit of a hole in our program, not being prepared for some disasters that happened along the way that really set us back from a financial and spares kind of standpoint.”

“But really, the potential is very high for this bike. I think that’s been proven not only with my team but by another team. Now we’ve got a lot of lessons learned from both these seasons and a really good idea of what we can accomplish in the third season on the Ducati.”

Wyman is appreciative of the support he’s received from Ducati as well.

As one of the more popular riders, Wyman has received support from his many fans as well. The Kyle Wyman Army, his official fan club, has been there supporting him every step of the way. Having that emotional and financial support is critical for a team like KWR.

“It’s really a big deal. There is a pretty unique connection with me as a rider and team owner. I think people can sympathize with what I’m trying to do and the path I’ve chosen for myself. Having this fan program was a big benefit for the fans because it gives them an avenue to be a part of my program, and they are,” enthuses Wyman. “They are behind me financially, emotionally there’s a lot of support there. It’s great. People who were Ducati fans are now Kyle Wyman fans and vice versa.

I think it just strengthens our whole brand and what Kyle Wyman Racing has become a full-time Ducati team. It’s a huge deal because it gives people one more way to engage with the sport and specifically one team. It’s a lot of fun being able to interact with those fans, their names are all on my bike for the whole year. It’s just a lot of fun.” 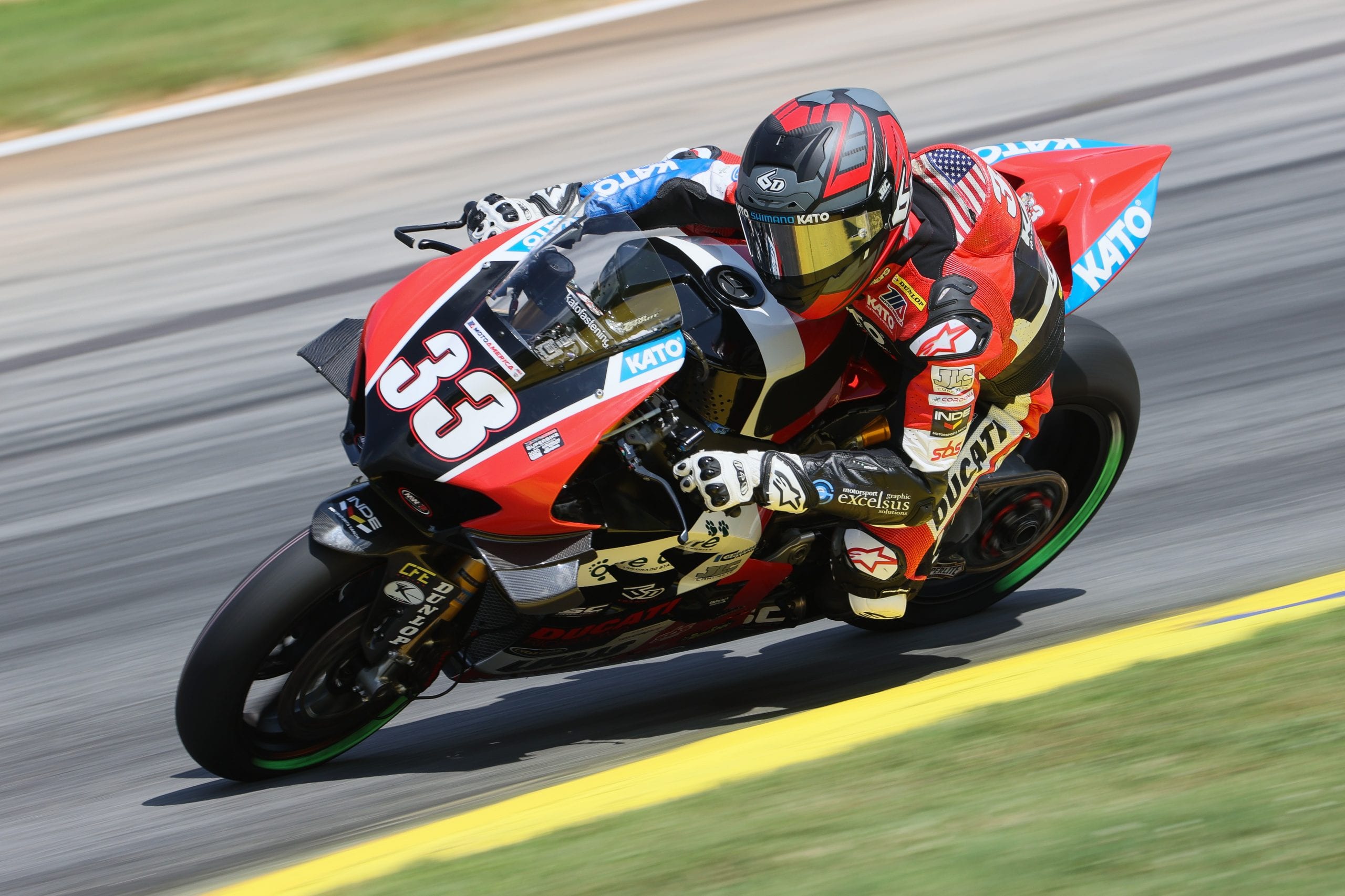 Kyle in action, becoming the only Ducati on the grid was a huge step

But everyday life for a team owner and rider is anything but easy. Whether it’s securing sponsorships, completing required paperwork or planning travel logistics, a team owner’s day-to-day life tends to get more than a little bit complicated. Then, throw in being the team’s rider and it can be a struggle to get everything done that needs to get done and while staying focused on the racing.

“The hard part is separating the team owner responsibilities from the rider’s role,” states Wyman. “When I go to the racetrack, I need to be really focused on what I’m doing on the motorcycle because the guys I’m racing against are insanely tuned in at an insanely high level. Being able to kind of flip that switch and accept that scenario. Next year is going to be my 10th year running the team and riding. Overall, I think the biggest challenge is finding the finances to keep this thing going and growing.”

Going into his 7th year in MotoAmerica, 10th in AMA pro racing, Wyman has been impressed by the growth the series and sport has achieved.

“Bringing American road racing back from its last leg, it’s pretty impressive what they’ve [MotoAmerica] been able to accomplish. Especially this year,” observes Wyman. “Considering the situation that we’ve been in, the TV coverage has, I think, quadrupled viewership over last year. And last year was a big jump over the previous year. The growth and the reach that we’re getting, especially with us being on Eurosport in the UK and throughout Europe. Our visibility is greater than it’s ever been.”

“I know that the superbike class doesn’t quite have the depth of participation that we want to see yet but the product that MotoAmerica is creating with the teams that are here, that are committed, is outstanding. It’s pretty cool to see how far they’ve come. It’s a great series for me to be a part of.” 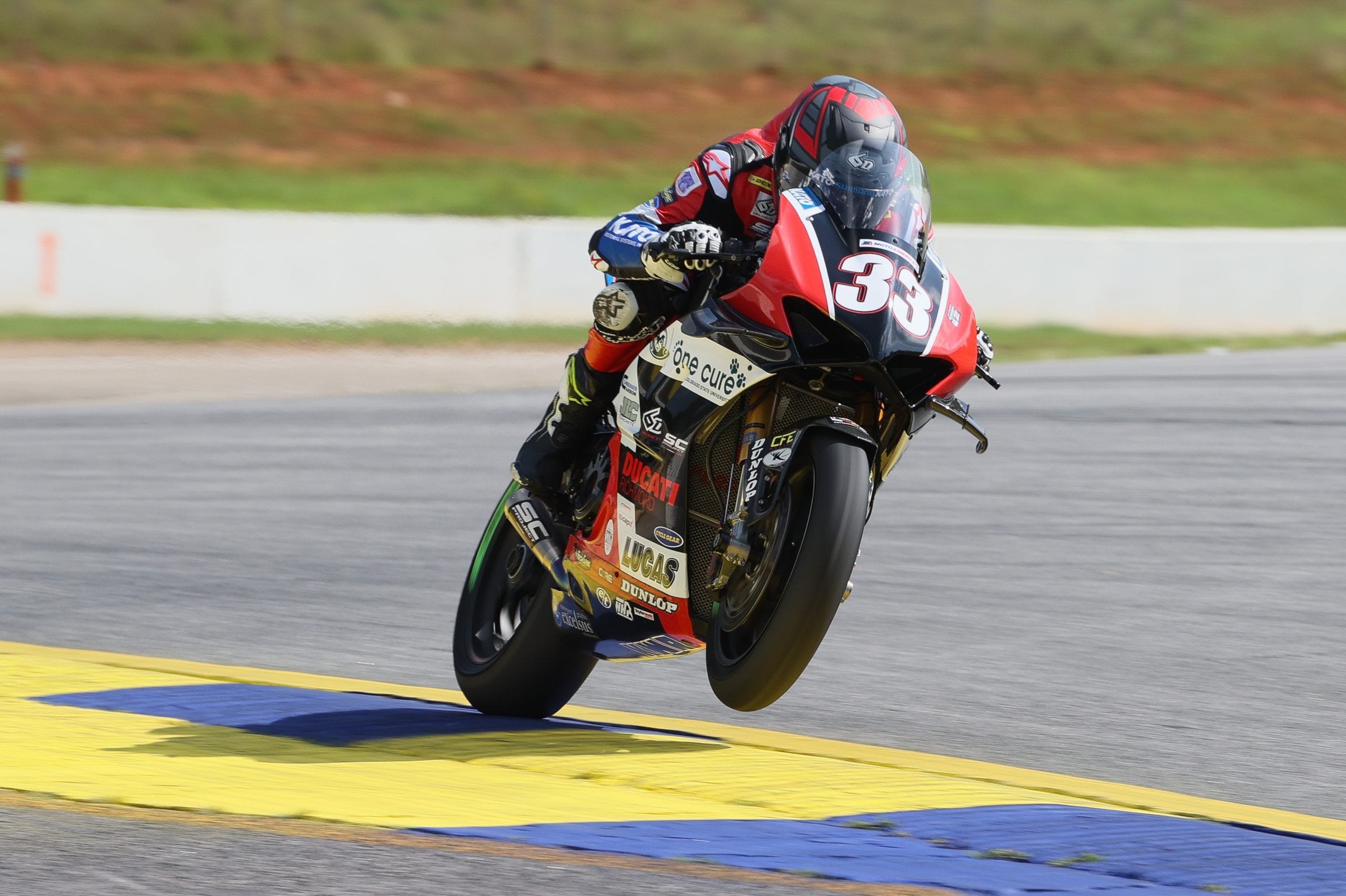 Going into 2021, the MotoAmerica superbike paddock has undergone many changes. Gone is 5-time champion Cameron Beaubier. Former champion Toni Elias has left Suzuki and it hasn’t been announced what his future race plans are, if any. Along with those departures, it appears that Ducati WorldSBK test rider Lorenzo Zanetti might be competing full-time on the Warhorse HSBK Ducati New York Panigale V4 R in 2021. What impact all of that might have for the series doesn’t really concern Wyman.

“I’m really just focused on me and my team. Focused on what we have to do because we had glaring weaknesses this year that were revealed,” notes Wyman. “We had bad luck, but you don’t even notice those things if you’re prepared for them. We want to be in a better position to be there every weekend.”

“We came out swinging at the beginning of the year with four top-five finishes in a row, without having big setbacks we couldn’t handle. That is the type of performance we should be able to show consistently throughout the season. One result on one weekend is not the goal. We want to be there every weekend. We’ve shown that we can be there when everything goes well, we want to be able to raise that bar and be there every time. I don’t see why it can’t be another big step forward for us in 2021.”

With the steady growth, popularity, and success of Kyle Wyman Racing, is an expansion within the team on the horizon?

“To be truthful, unless somehow a second bike was going to benefit me and my ability to perform, I don’t see it happening. This whole team is built around the goal of me winning.”

With all that’s happened up to this point, the team will be back working hard getting ready and testing before the New Year hits.

“At the end of December, we’ll have the bike out at Inde Motorsports Ranch in Arizona. We’ll be out riding for sure. Right now, we’re still defining the spec of our 2021 motorcycle.” 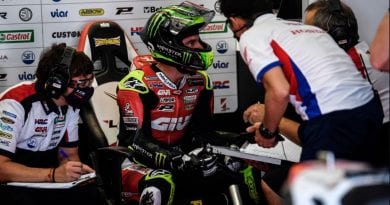 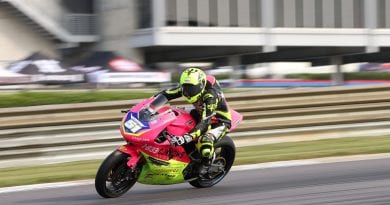