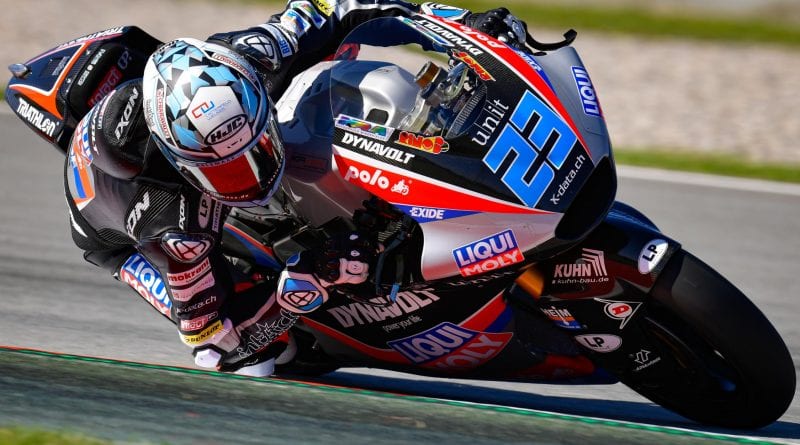 Marcel Schrotter and Jaume Masia lead the way in FP2 in a slower afternoon.

Marcel Schrotter has taken the top spot in Moto2 following a slower session than the one we saw this morning. Fabio Di Giannantonio seems to have found his feet, taking second place in this session and impressing. He is followed by Xavi Vierge who is hot off of the back of signing a 2021 deal with his current team, Vierge sits in P3.

Marco Bezzecchi was the fourth-placed man with fellow title contender Enea Bastianini just behind him in fifth place, the pair will be looking to take strong championship points this weekend. Aron Canet was the man in P6 at his home round in this session ahead of Jorge Navarro.

Bo Bendsneyder has brought his FP1 pace over to FP2, taking the seventh spot with Moto2 veteran Thomas Luthi just behind him. FP1 P1 man Sam Lowes closes the session in P10 0.763 from P1. 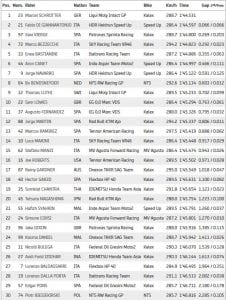 Gabriel Rodrigo was your fourth-placed man, yet to pick up a podium in the Gresini squad, the rider will be looking to finally pick up a rostrum finish, he finishes ahead of Raul Fernandez who led this mornings session.

The next man was Tony Arbolino who had a trip to the medical centre following a huge hi-side, he led Stefano Nepa who also crashed in the session.

The number 16 of Andrea Migno was next up ahead of rookie Jeremy Alcoba. 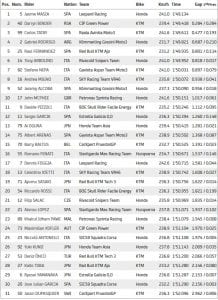 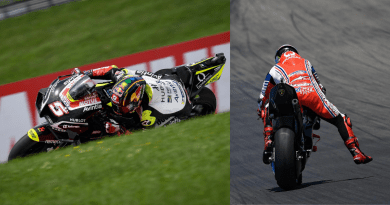